The Only Musician Paul McCartney Refrained From Proposing A Collaboration

You may think that nearly every musician would love to have the chance to collaborate with the Beatles icon, Paul McCartney. The musician didn’t only conquer the music world with his band, but he has also become one of the biggest sources of inspiration for rock musicians due to his songwriting, vocal, bass, and producing skills.

However, his success and reputation didn’t seem to impress Radiohead frontman Thom Yorke as he may be the only musician that intimidated the former Beatle by rejecting his collaboration offer. Let’s look deeper into the story of how Yorke turned McCartney’s offer down and how it affected the musician. 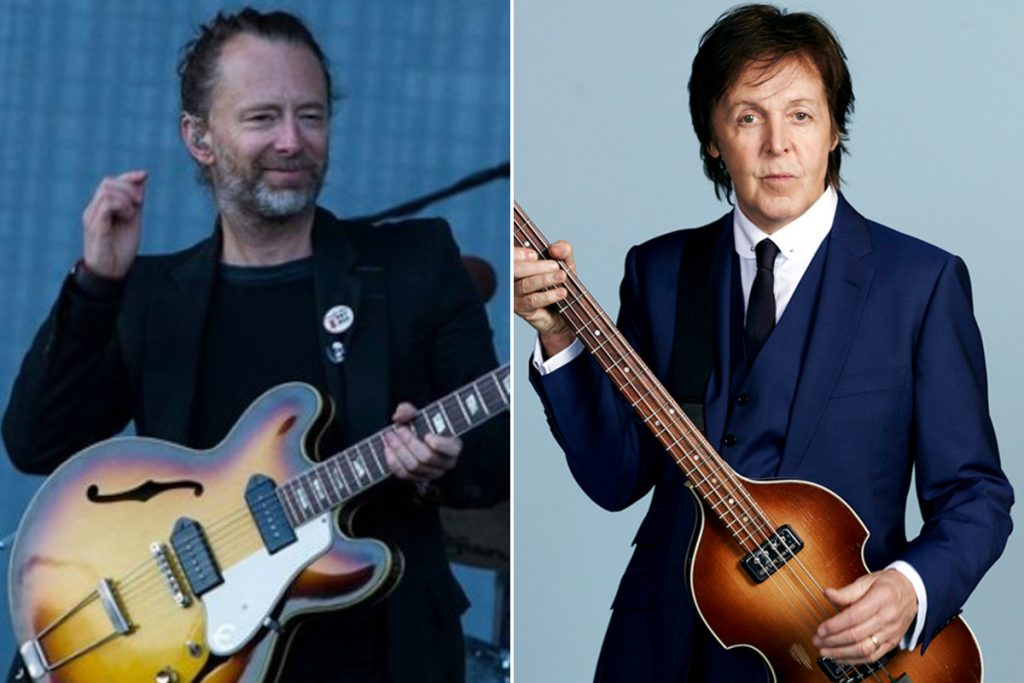 During a 2007 interview with T4, Paul McCartney revealed that he offered collaboration to Thom Yorke on a song after his daughter encouraged him to do so. When the Beatles icon got in touch with Yorke, his answer to this incredible opportunity was pretty unexpected.

According to McCartney, Yorke turned him down when he offered the musician to do a duet on ‘Mr. Bellamy.’ Yorke explained that he only felt happy while working on his solo projects and Radiohead’s work. While this may sound like an acceptable excuse, it surprised many fans as the Radiohead singer has collaborated with numerous artists over the years.

Regarding the offer, McCartney said:

“My daughter was putting an album together, and she put us in touch. I asked Thom to do a duet, but he said he couldn’t because he only felt happy working on his own and Radiohead’s material.”

Fast forward to 2012, Paul McCartney opened up about his desire to collaborate with Thom Yorke during an interview with NME once again. Surprisingly, the musician admitted that he was scared to call Yorke as his answer would most likely be a huge no.

In a now-deleted interview, the Beatles icon stated:

“My daughter keeps saying to me, ‘Ring Thom and just go into the studio and just see what you come out with. I’m a bit sort of paranoid to just ring him up. ‘Hey Thom, it’s Paul here. What do you fancy? What are you doing? Do you fancy writing something?’ Just in case he says, ‘Er, actually I’m busy.'”

Eventually, Paul McCartney uncharacteristically refrained from contacting the Radiohead frontman. As a result, the duo never had the opportunity to work together, which could’ve been remarkable, after all.

You can listen to ‘Mr. Bellamy’ below.