The Only Musician Bob Dylan Respects

Undoubtedly, competition is part of the music industry. However, this doesn’t mean that those who often get compared don’t enjoy each other’s efforts. Most musicians don’t hesitate to give each other their due since they know how to appreciate their counterparts’ talents. Bob Dylan and the Beatles icon Paul McCartney started to build a reputation around the same time, during the 1960s music scene, and many often pit them against each other.

Both musicians became essential figures in the counterculture movement of the time and wrote some of the most iconic songs of the period. Although they differed in style, they were still subjected to various comparisons. In a previous conversation, Bob Dylan was straightforward enough to publicly show his massive admiration for Paul McCartney, which didn’t go unnoticed.

Bob Dylan Is ‘In Awe’ Of Paul McCartney 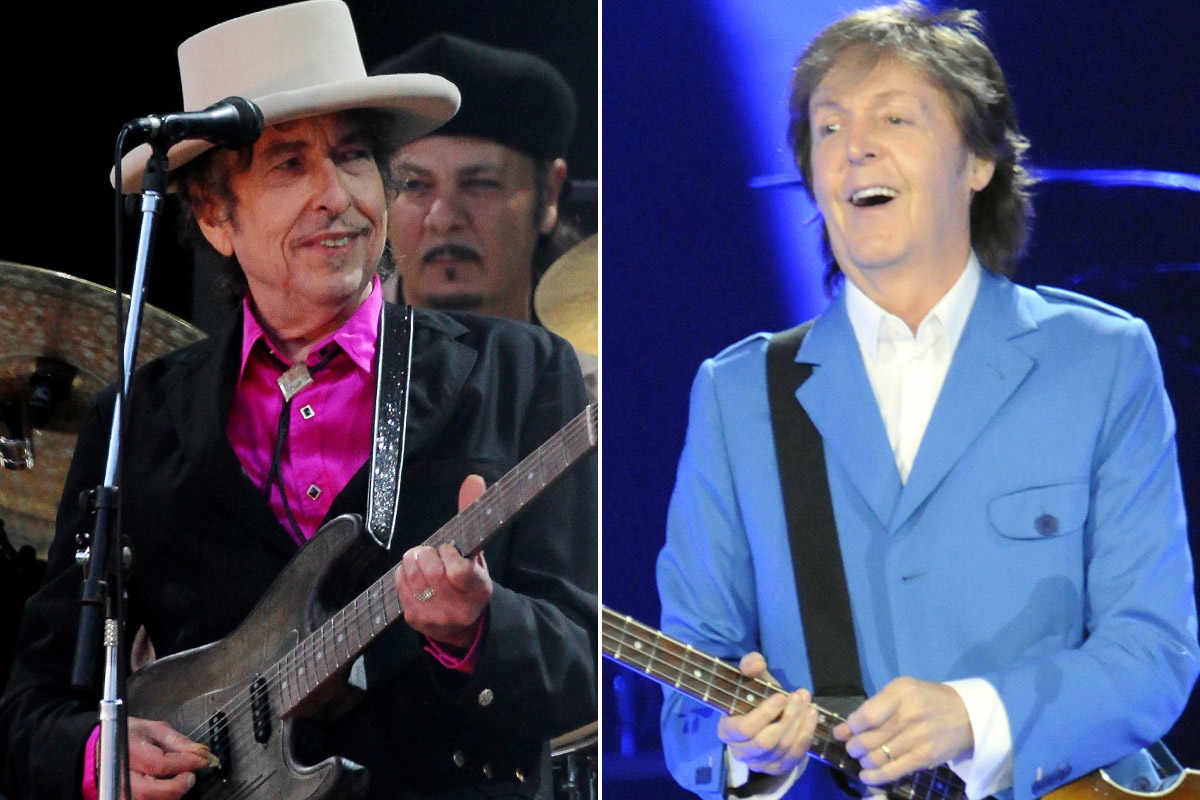 Bob Dylan and the Beatles’ Paul McCartney are unquestionably two of the most influential figures in the history of rock music. Both penned classic songs that defined the era starting from the 1960s. Throughout their respectable careers, they’ve mesmerized the masses with their emotional lyrics that have touched many music lovers worldwide.

In a 2007 interview with Rolling Stone, Dylan had much to say about McCartney. “I mean, I’m in awe of McCartney. He’s about the only one that I am in awe of,” said Bob Dylan, revealing his immense admiration for the Beatles singer. “He can do it all, and he’s never let up, you know. He’s got the gift for melody; he’s got the rhythm. He can play any instrument. He can scream and shout as good as anybody, and he can sing the ballad as good as anybody.”

He continued, “And his melodies are, you know, effortless. That’s what you have to be in awe of. I’m in awe of him, maybe just because he’s just so damn effortless.” Dylan humorously exclaimed that he would prefer it if Paul retired from the music industry and said, “I mean, I just wish he’d quit, you know. Just everything and anything that comes out of his mouth is just framed in a melody.”

As expected, Bob Dylan’s positive comments on McCartney’s musical genius and versatility didn’t go unnoticed. Even though many have praised the Beatle throughout the years since he continues to make music despite being eighty years old, Macca couldn’t help but respond to his fellow musician.

McCartney returned the compliment while speaking to Uncut in 2020 and said, “I always like what he does. Sometimes I wish I was a bit more like Bob. He’s legendary and doesn’t give a sh*t! But I’m not like that. People ask me who I’m a fan of, and Bob Dylan and Neil Young always make the list.”

It seems like there is mutual admiration and respect between the two iconic rock stars. They haven’t let the competition get in their way and have honored each other with kind words in several statements. Both Dylan and McCartney have significantly contributed to rock history and the music industry in general, and one can only imagine how great it would be if the two musicians collaborated.