Back in 1968, the Yardbirds played their final gig, however, they still had several concerts in Scandinavia. So, Jimmy Page and Christ Dreaja began to put a new line-up and recruited Robert Plant, John Bonham, and John Paul Jones. In August 1968, the four played together for the first time in London, in a room below a record store. They then completed the Scandinavian tour as the New Yardbirds.

At the end of the year, their tour manager Richard Cole, who was an important figure in the touring career of the band, organized their first North American tour. At that time, their audience was gradually growing, and the band was quite excited to get on the stage in the U.S. However, according to John Paul Jones, there was one thing they did the wrong way at that time. Let’s learn what that was. 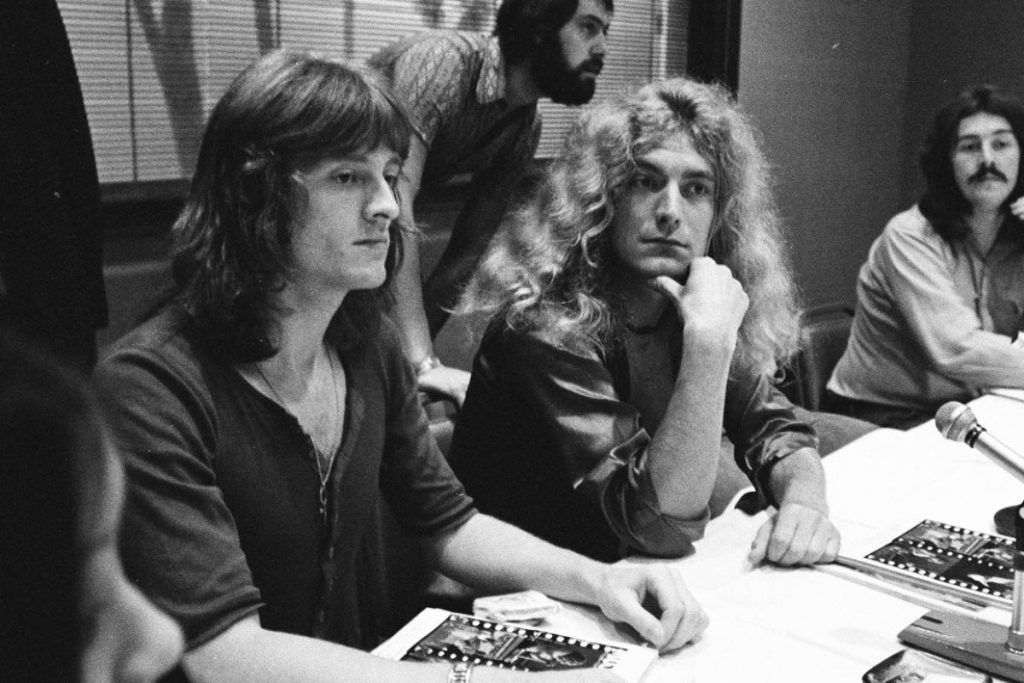 Led Zeppelin embarked on their 1968/1969 tour of North America on December 26, 1968, and concluded the tour on February 16, 1969. During the tour, they also released their debut album ‘Led Zeppelin’ on January 12, 1969. The North America tour is quite important in the band’s career as the concerts helped their popularity to grow and made them achieve remarkable commercial success in the U.S.

According to John Paul Jones, this gradual change in their popularity was also seen in their way of traveling around the U.S. During an interview with Pop Star Conversations, the musician said that they first toured America in a car, graduated to a Greyhound bus, and finally scheduled Airlines. He then said they have done this the wrong and hard way in the first place until they figured out they could afford to do it with a private plane.

“John, I forgot to ask you, what was it like when the band was able to finally tour in luxury?”

“Well, the private jet and the police escort, that was just something you finally get to do. I mean, we first toured America in a car. It was awful. Then, I think we graduated to a Greyhound bus, and we did schedule Airlines.

We’ve done it all the wrong way, the hard way. So, when we finally figured it out or could afford to do it with a private plane, you wish you’d had done it in the first place. However, of course, you can’t.”

You can check out the full interview below.