Metallica guitarist Kirk Hammett once revealed the inspiration behind the iconic guitar riff of the song, ‘Enter Sandman’ during an appearance on 98.5 The Sports Hub’s Toucher and Rich, and apparently, despite it doesn’t sound like it, Hammett was heavily influenced by Soundgarden album, ‘Louder Than Love’ for the guitar riff.

As many of you know, ‘Enter Sandman’ is the opening track and lead single from their self-titled fifth album which was released in 1991. The track was a hit right away, reaching number 16 on the US Billboard Hot 100 and achieving platinum certification for more than 1,000,000 copies sold only in the United States, proving itself as one of the most iconic Metallica songs ever.

How Did Kirk Hammett Create The Guitar Riff Of ‘Enter Sandman’? 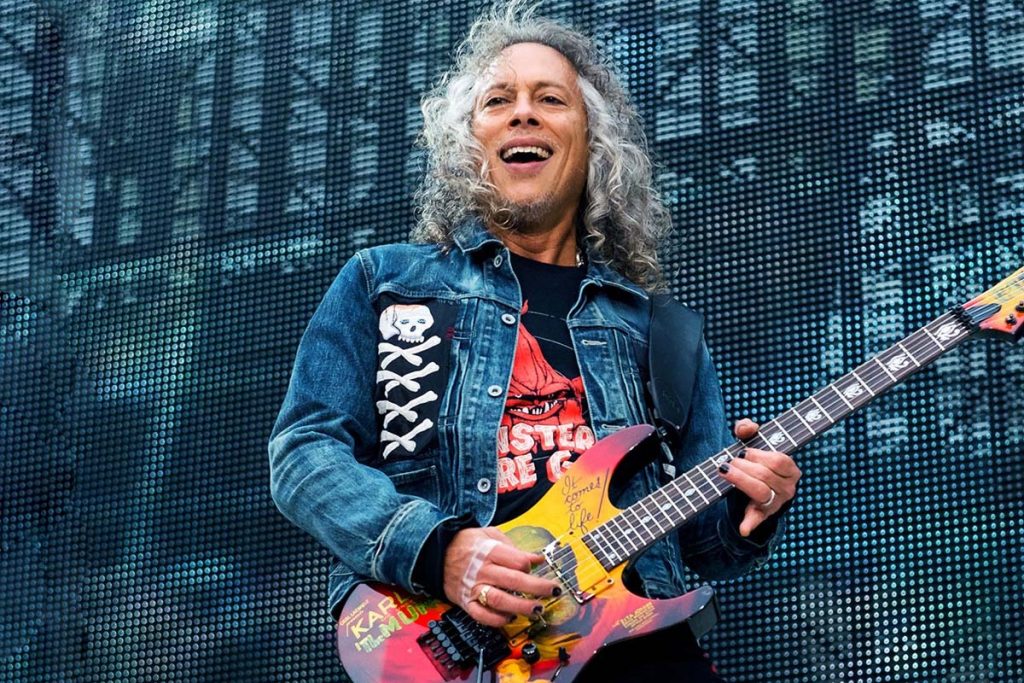 Despite the guitar riff sounds incredibly original and unlike any other during that time period, the reality may seem to be quite different than this as Metallica guitarist himself revealed during an interview back in 2017. Apparently, the riff was created while Hammett was listening to Soundgarden’s 1989 album ‘Louder Than Love,’ inspired by this monumental album’s sound, he picked up his guitar and created the riff.

Was Kirk Really Inspired By Soundgarden While Creating The Iconic Riff?

While most Metallica fans find the guitar riff of ‘Enter Sandman’ as a legendary piece in Metallica’s career since all of the song’s sections derive from the main riff credited to Kirk Hammett, thus, the iconic song owes its creation to that riff. Due to the fact that it doesn’t sound like Soundgarden, the band’s fans would never guess it was inspired by that band according to Metallica guitarist since he created something entirely different.

Here is what Metallica guitarist said:

Despite Kirk Hammett states that ‘Enter Sandman’ has a completely different sound than Soundgarden, looking back, it actually resembles a track’s main riff from the album, ‘Louder Than Love,’ which is ‘Get On The Snake.‘ While the resembles is there once fans listen closely and they might find it a little disappointing to hear, Hammett proudly revealed he was inspired by that album during the creation of ‘Enter Sandman.’

You can click here to see the source and listen to ‘Enter Sandman’ and ‘Get On The Snake’ below.