Drummer Phil Rudd is most notably known for his tenure with AC/DC across three stints. The musician had a bumpy road with his band although his bandmates admired his drumming skills as well as his personality. Rudd’s own personal problems always got in the way of his music and his relationship with band members.

Much like other rockstars, Rudd’s main struggle was substance addiction. The rocker was once convicted of possessing marijuana on his boat back in 2010. His illegal actions prevented him from performing with his band which didn’t exactly portray a reliable bandmate at the time.

Although drug possession isn’t unusual among musicians, what’s different with the AC/DC drummer’s criminal past is that he was charged with attempting to procure a murder by hiring a hitman and threatening to kill two people. Just when the news shocked the entire rock community, the charges dropped suspiciously sooner than expected. Let’s take a closer look. 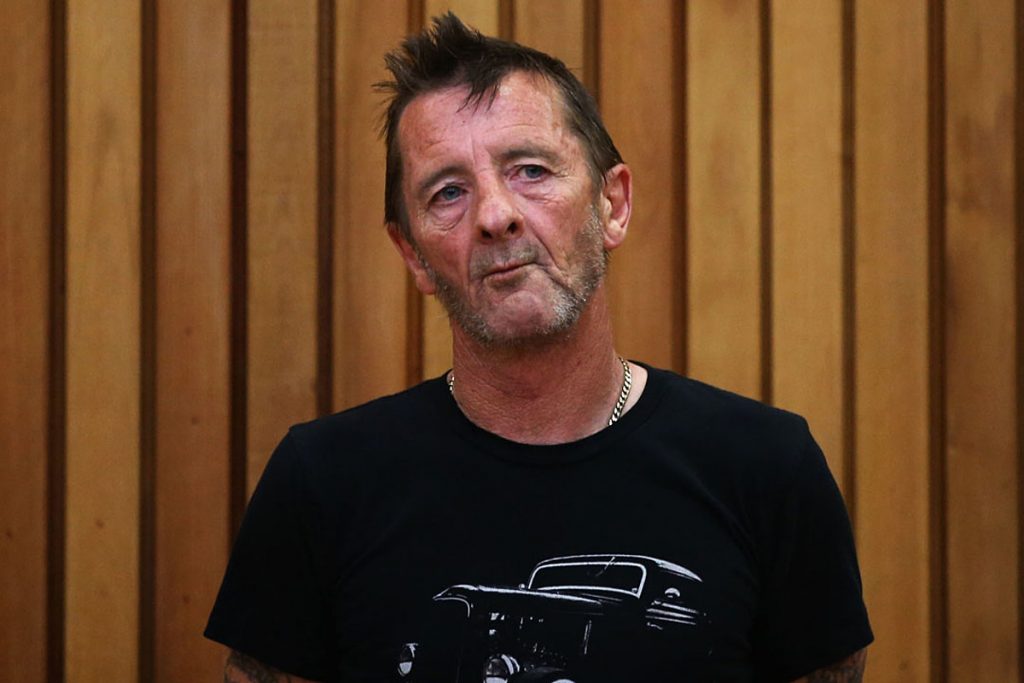 It all happened on November 6, 2014, when police raided Phil Rudd’s North Island home in New Zealand. They did not only accuse him of possessing methamphetamine and cannabis, but he was also accused of attempting murder, hiring a hitman, and threatening to kill two people.

After the rocker was arrested and taken to a New Zealand court, he was charged with attempting to hire one person to kill two others between September 25 and September 26. According to Tauranga District Court documents, Rudd was also accused of threatening to kill a complainant on September 26.

During his appearance on the court, the musician didn’t say anything since his defense lawyer Tony Rickard-Simms did the talking. After the details of the complaints, the names of the alleged intended targets, and the hitman were revealed, Rudd was remanded on bail until November 27 when he was to reappear in court.

The Charges Against The Drummer Suddenly Dropped

Just when the rock scene found out about the accusations against the AC/DC drummer, the charge of attempting to procure a murder was withdrawn the following day of the trial. The charges were abruptly dropped by New Zealand authorities after the alleged hitman claimed the accusations were just rumors, and the musician’s lawyer said they lack evidence.

The supposed hitman also opened up about the incident during an interview with New Zealand Herald and said that he’s a ‘family man,’ not a hitman who happens to be friends with Rudd. Furthermore, he stated that the entire incident had been blown out of proportion and any suggestion of a murder plot would simply be a lie.

Although the charges of attempting murder dropped, the 60-year-old drummer pleaded guilty to possessing drugs and threatening to kill on April 21, 2015. Two months later, he was sentenced to eight months home detention and ordered to pay NZ$120,000 in reparation after his appeal to be discharged without conviction was rejected.