David Gilmour’s wife Polly Samson recently included some photos of David Gilmour and Guy Pratt in an Instagram post. As seen in the pictures, Gilmour and Pratt are in the studio, possibly working on new material.

Guy Pratt, a prolific session bass player, has a music career that spans over 30 years. He has worked with many influential artists during his career, including Pink Floyd and David Gilmour. Pratt accompanied Gilmour throughout his tour to promote his third solo album ‘On An Island,’ released in 2006.

Apart from playing with Gilmour for his solo efforts, Pratt also played bass for Pink Floyd’s A Momentary Lapse Of Reason Tour in 1987-90 and The Division Bell Tour in 1995. During the live performances, he also co-performed the lead vocals with Gilmour on several songs.

Polly Samson, David Gilmour’s wife, likes to document the Gilmour family’s personal life on her Instagram account. Since Gilmour is not an active social media user, his fans keep up with the musician through Polly Samson’s Instagram posts. Fans got quite excited with Polly’s recent post as they saw Gilmour and Pratt in the studio together.

As seen in the pictures Samson shared, Gilmour and Pratt appear to be working on new music material in a studio. In the post’s comments section, fans speculated whether a new album is on the way. Regardless of the project, Gilmour definitely excited his fanbase regarding his latest collaboration with Pratt with Polly Samson’s latest photos.

Below the post, one of Gilmour’s fans commented the following:

“You’re giving me goosebumps. David is in the studio, hopefully, it’s an album David is working on.”

“Yeah, I have heard rumors of a new album.“

Below, you can check out the pictures Polly Samson included in the post. 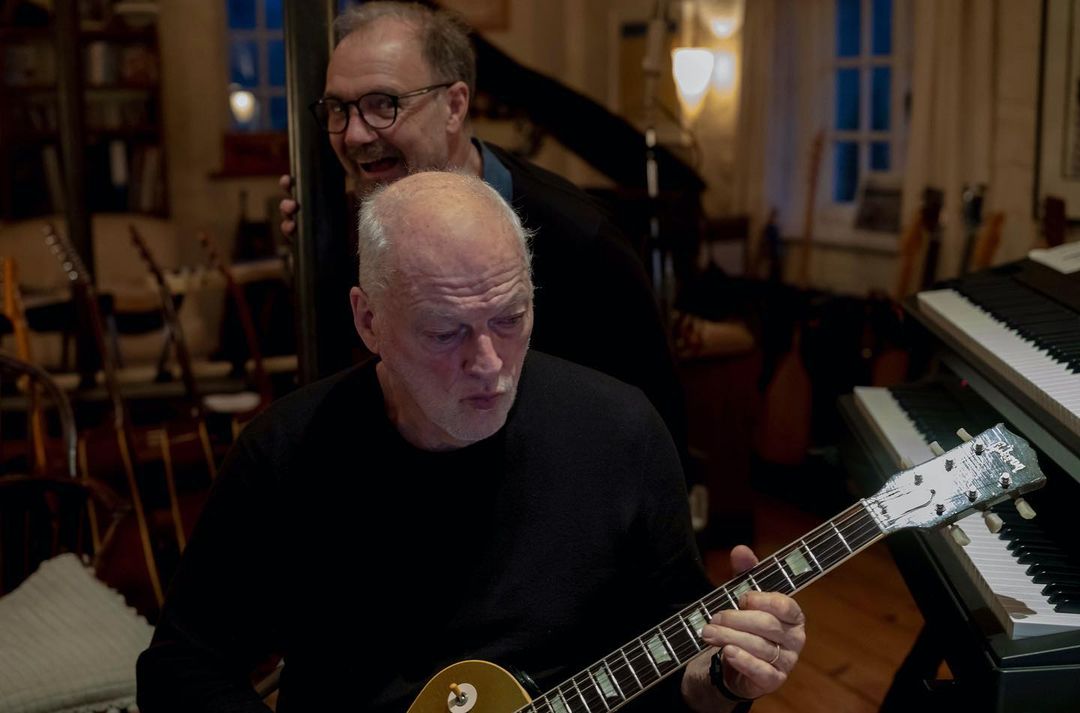