Tool, Puscifer, and A Perfect Circle frontman, Maynard James Keenan shared a post on Instagram to make fun of his friends saying that he wanted to be someone else by changing his name to ‘Myron.’ He also tried to change his appearance to get rid of them, which was actually inspired by Superman.

Apart from his iconic musical career, Keenan has been pursuing a career as a comedian for a while now. As you may remember, he appeared on different episodes of sketch comedy series entitled ‘Mr. Show and he inspired his band’s name Puscifer from there. Maynard also used to perform a stand-up show at the Diamond Club in LA.

In his previous interviews, he stated that with his ‘metal douche’ character, Keenan started to try different guises and improved his sense of humor. Tool fans still couldn’t forget his April Fools joke which he said he would focus on living like a Christian and would leave the band. Later, he announced that it was a prank and it became an unforgettable memory for the fans.

In his recent Instagram post, Maynard James Keenan showed his comedian persona again. He shared a picture of himself while he was pretending like a different person to hide from Pennywise guitarist, Fletcher Dragge and his other friends. Keenan made fun of his friends saying that he changed his name to ‘Myron’ and his DNA also wore glasses like Clark Kent but still Dragge caught himself in his disguise. His hilarious post received many responsed from his fans and friends who enjoyed very much.

Here’s what Keenan wrote in the caption of his post:

“Tried everything. Started wearing glasses like Clark Kent, changed my name to Myron, modified my DNA with Chameleon markers. But Fletcher Dragge still found me. Dang it.”

You can see the photos below. 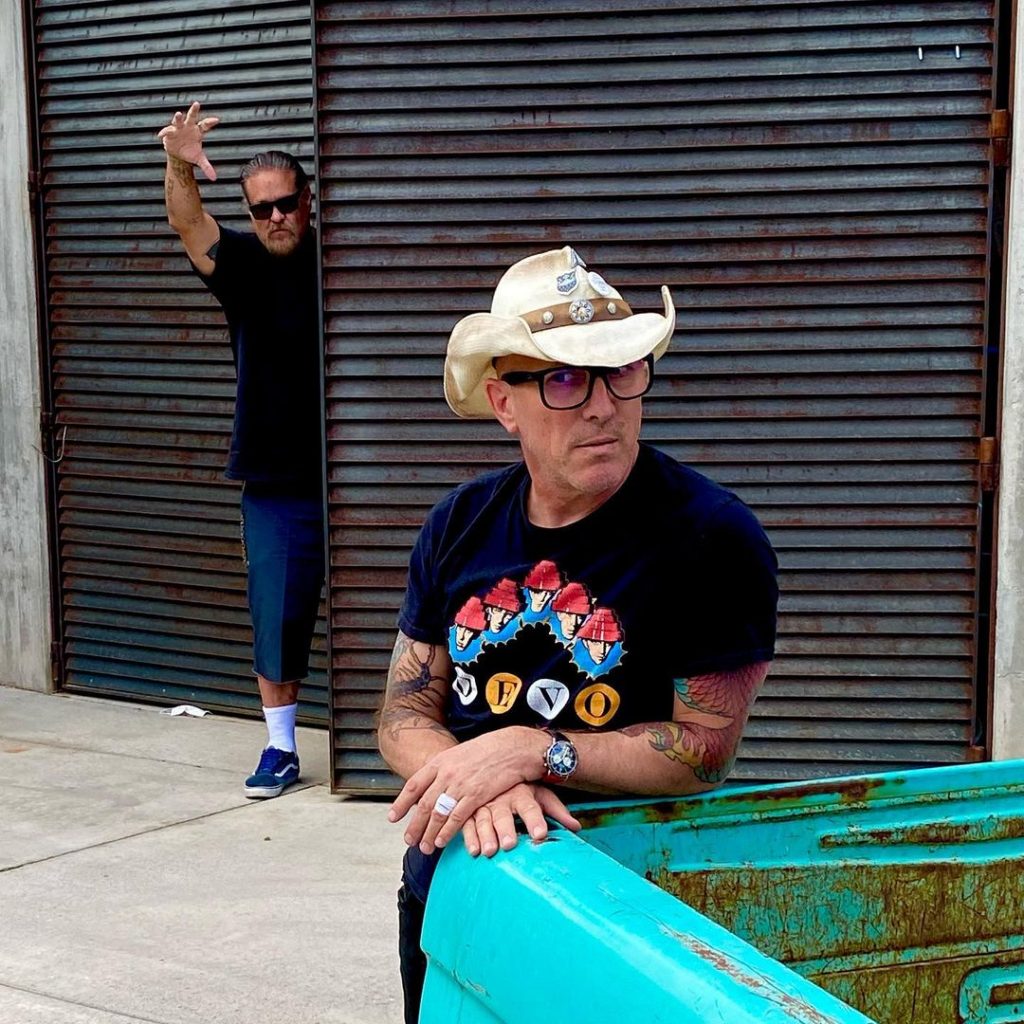