Since Kurt Cobain has been an iconic symbol in rock music history, his tragic passing left a huge mark on numerous musicians and multiple bands paid tribute to the legendary frontman following his death with cover versions of Nirvana songs during their live performances.

Kurk Cobain Passed Away At The Age Of 27

It was a well-known fact that the iconic frontman Kurt Cobain struggled with heroin addiction and chronic health problems such as depression along with other substance abuse such as LSD, cannabis, and alcohol. Despite going through several detox programs, Cobain’s heroin addiction wasn’t going anywhere even after experiencing near-death overdose experiences.

Kurt Cobain’s wife Courtney Love found him overdosed on a combination of champagne and Rohypnol which was a suicide attempt on March 4, 1994, Cobain was immediately rushed to the hospital and was unconscious for the rest of the day and was held in the hospital for five days.

Despite numerous attempts of saving the Nirvana frontman, he passed away on April 5, 1994, at the age of 27, after he shot himself in the head with a gun along with a high concentration of heroin and traces of diazepam found in his body. Kurt Cobain’s body was found by an electrician in his house along with a suicide note was found, addressed to Cobain’s childhood imaginary friend Boddah.

After the passing of one of the greatest guitarists and vocalists of all time, the music world was deeply shaken by the heartbreaking news, and still to this day, his fans and colleagues don’t stop remembering Kurt Cobain on his death anniversary with special performances and social media posts.

Over the years, numerous musicians from different music genres such as Guns N’ Roses guitarist Slash, his own band Nirvana, The Lumineers’ Jeremiah Fraites, and rapper Kid Cudi shares posts on their social media accounts along with cover versions of the band’s songs in order to celebrate his impact, influence, and legacy on Kurt Cobain’s death anniversary.

Back in 2016, 1200 musicians got together to perform Nirvana’s monumental song, ‘Smells Like Teen Spirit’ in order to pay tribute to late frontman Kurt Cobain and the image of watching 1200 people performing the same song all together while the audience was also singing along gave everybody goosebumps.

Metallica Performs ‘Smells Like Teen Spirit’ As A Tribute Act 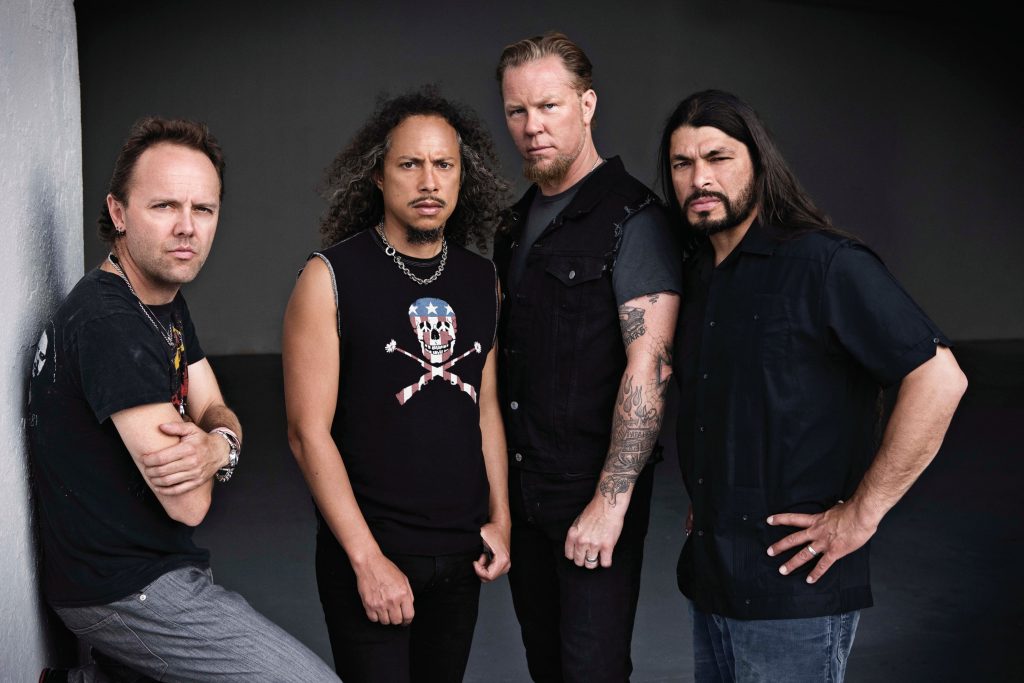 While there are countless performances, social media posts, and even tattoos dedicated to Nirvana frontman Kurt Cobain still to this day, there is one iconic live performance of one of the greatest bands in the world, Metallica when the band performed the legendary song ‘Smells Like Teen Spirit’ as a tribute act to the band and Kurt Cobain.

During Metallica’s performance at the 2003 MTV Awards Show which was aired in a close date to Nirvana icon’s death anniversary, the band also performed an instrumental version of the classic song, ‘Smells Like Teen Spirit’ in their own way along with many other cover versions of different songs.

Fans are still in love seeing such an iconic band performing such an influential song in order to pay tribute to s musician who has a legacy that carried on from one generation to other through music. The performance video has over 100k views with dozens of comments stating how Kurt Cobain would love this performance by the great Metallica.

You can see the performance video below.