The future bandmates and young boys, Ronnie Van Zant, Bob Burns, and Gary Rossington, met while playing on rival baseball teams. It was the beginning of a friendship and a very successful professional musical career for them and guitarist Allen Collins whom they convinced to join them after they decided to form a band. Larry Junstrom completed the first lineup, and they founded My Backyard in the mid-60s.

Then, the band used several names, such as The Noble Five and The One Percent, until they came up with Leonard Skinnerd, which eventually became Lynyrd Skynyrd. It was a reference to both a character from Allan Sherman’s novelty song ‘Hello Muddah, Hello Fadduh’ and a P.E. teacher named Leonard Skinner. The band began their live performances and started to work on their first album, which would be a legendary work for rock music. 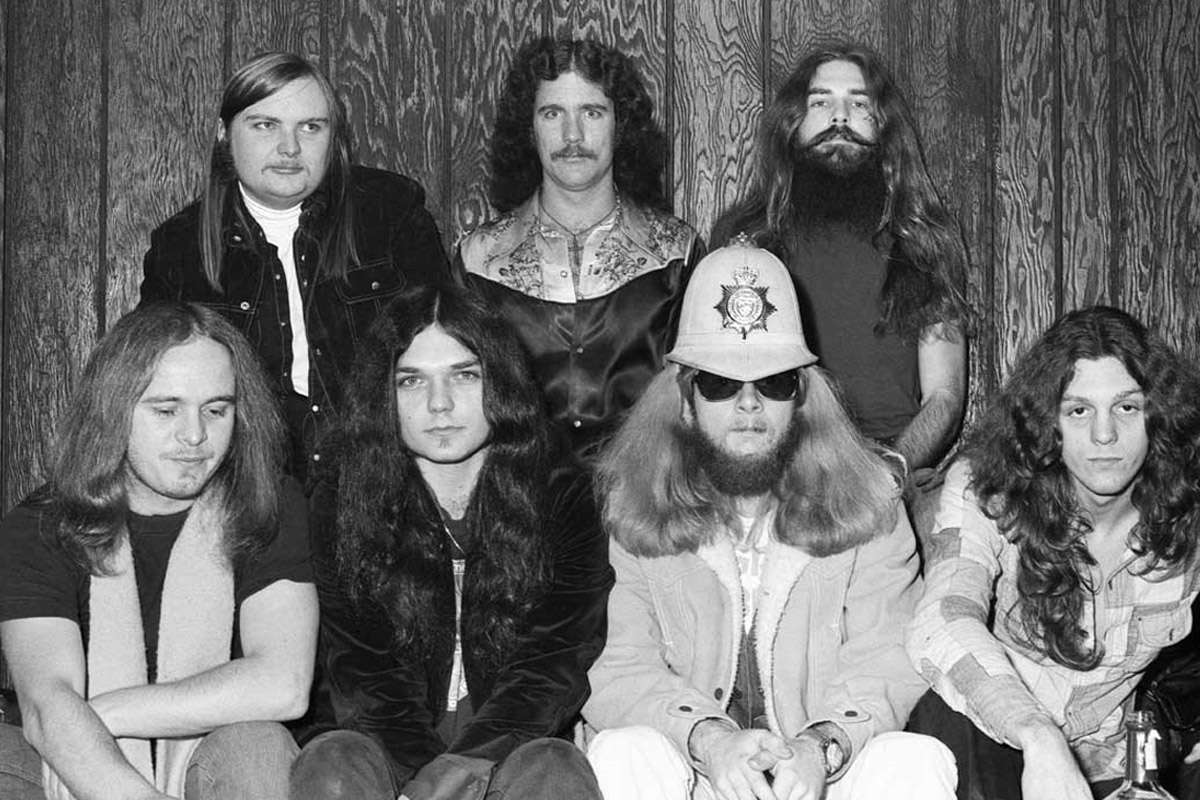 In addition, ‘Free Bird’ has a very interesting origin story; Allen Collins’s then-girlfriend, Kathy asked him, ‘If I leave here tomorrow, would you still remember me?’ which became an inspiration for the guitarist while writing the song. Also, it turned into an opening line, and Collins and Van Zant co-wrote the song. According to the vocalist, the song was about being free and in need of living like that. So, let’s check out the importance of this song for James Hetfield.

While revealing his Top Ten Greatest Songs Of All Time as part of one of his previous interviews, Lynyrd Skynyrd’s ‘Free Bird’ took place on the list. It was on top of every song for Hetfield, and he shared some details about what this song meant to him. It’s based on being on the road, not staying in one place all the time, and these became a summary of Hetfield’s life, especially the first 20 years of traveling. In addition, the musician defined himself as a free bird that wasn’t attached to anything and was only moving on.

In Hetfield’s words, he said:

“Nothing tops this workingman’s ballad. ‘Free Bird’ fit my life for the first 20 years on the road — not getting too attached to stuff, living life for the moment, and moving on.”

Considering the song’s lyrics, ‘If I leave here tomorrow/Would you still remember me?/For I must be traveling on now /’Cause there’s too many places I’ve got to see,’ the track can be considered a perfect choice to talk about the Metallica frontman’s early years of his musical journey, passed on the roads from one concert to another. It can be said that being a free bird is an inevitable situation for rock stars, mainly at the beginning of their careers.