Is Jon Bon Jovi One Of The Richest Rock Stars In The World? See 2021 Net Worths Of Bon Jovi Members

One of the most popular rock bands of all time, Bon Jovi has been creating new music non-stop since the very first years of their career. Being widely popular for their songs like ‘It’s My Life’ and ‘Livin’ on a Prayer,’ Bon Jovi members managed to become successful both financially and spiritually by creating a solid place in the hearts of their fans around the world.

The iconic rock band Bon Jovi was founded back in 1983 by the lead singer Jon Bon Jovi and his long-time friend David Bryan with whom he spent his adolescence playing in local Jersey bands. Jon recorded his first single titled ‘Runaway’ in 1981 which was started playing on local radios around 1983. Since the beginning of their career, Bon Jovi has released 15 studio albums and performed more than 2,700 concerts around the world.

Having sold more than 100 million records, Bon Jovi managed to put their names among the best-selling American rock bands of all time. Considering all the countless accomplishments of Bon Jovi, it won’t be surprising to see each member of the band is doing well financially. Yet, what really surprising is one of them is actually among the richest rock stars in the world. 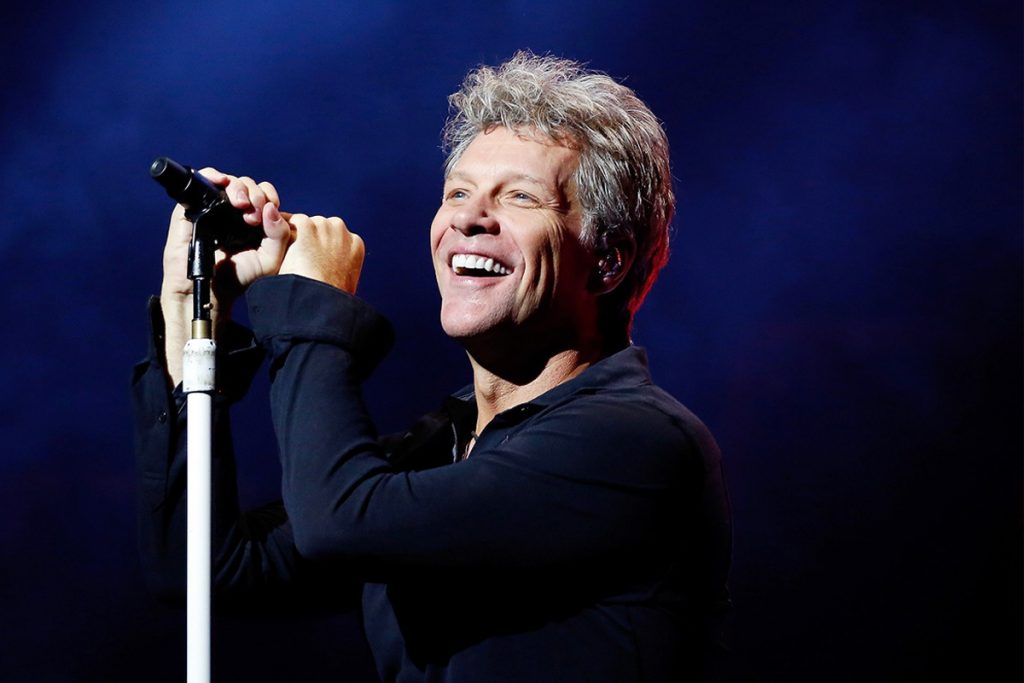 The founder and frontman of Bon Jovi, Jon Bon Jovi has been known as one of the most influential rock stars of all time. Considering both his successful music career and his various investments in sports and real estate, it’s not surprising that Jon is among the richest rock stars in the world with his net worth of $410 million.

Since the beginning of his career, Jon has been popular for his songwriting skills as well as his handsome smile that earned him the title of ‘Sexiest Rock Star‘ back in 2000. He was also inducted into the Songwriters Hall of Fame in 2009 to honor his songwriting abilities.

Besides his incomparable achievements as a musician, Jon Bon Jovi has also made several successful investments in various other fields. He is actually the founder and former owner of the Arena Football League’s Philadelphia Soul. Jon also invested a certain amount of money for the properties he bought in New York, New Jersey, and Florida, which in total make him one of the richest rock stars right after Elton John who has a net worth of $500 million. 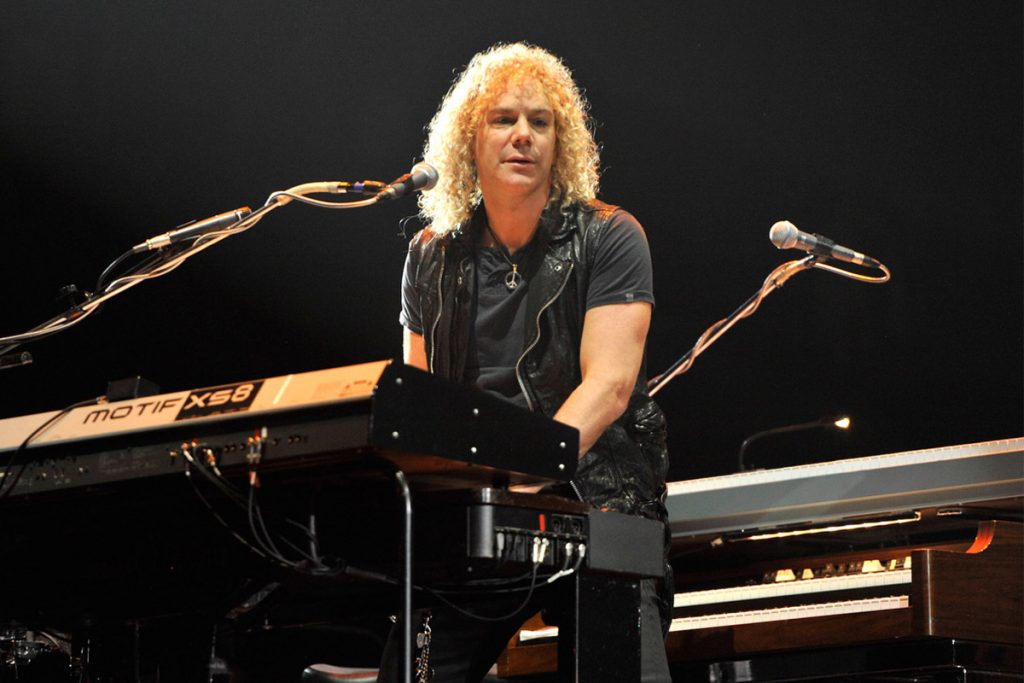 David Bryan has been the keyboardist and backing vocalist of Bon Jovi since the very first years of the band. Bryan has a net worth of $120 million, which is quite less compared to his bandmate, Jon Bon Jovi’s net worth.

David Bryan is known for being the first person that Jon Bon Jovi invited to join his band right after he received his first recording contract. Since then, David has contributed to many hit songs of Bon Jovi, including ‘Love Lies,’ ‘Breakout,’ ‘Only Lonely,’ and more.

In addition to his successful career with Bon Jovi, David Bryan also a well-achieved play writer who is responsible for the success of the Broadway musical ‘Memphis.’ ‘Memphis’ has won four Tony Awards, Drama Desk Awards, and Outer Critics Circle Awards. 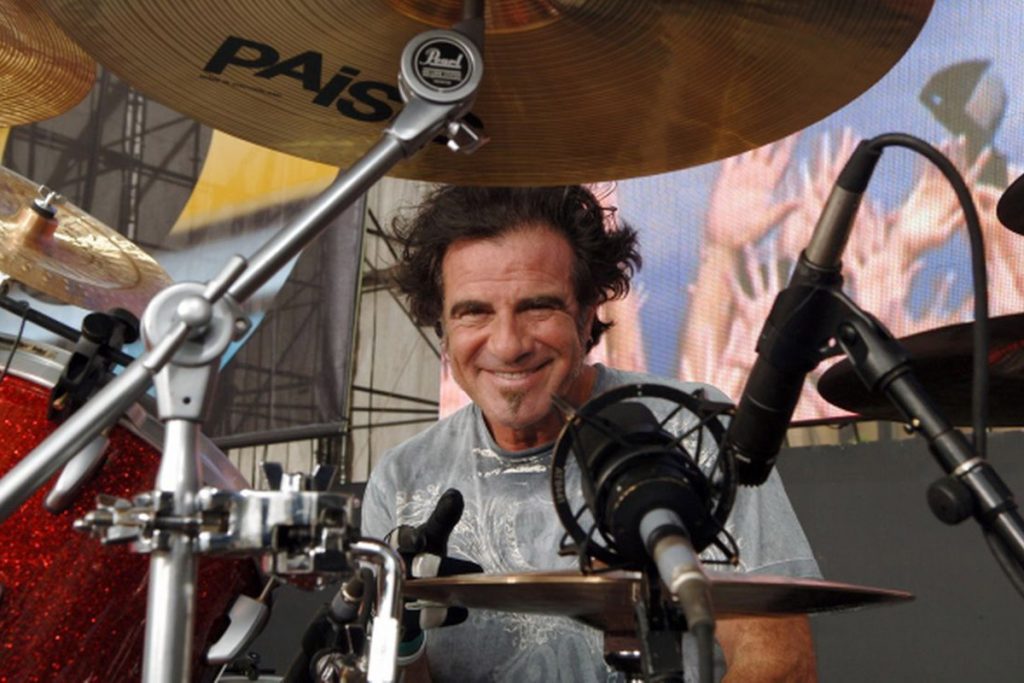 The talented drummer of Bon Jovi, Tico Torres’ life changed when his path crossed with Jon Bon Jovi thanks to his former bandmate Alec John Such. One of the oldest members of Bon Jovi, Torres has a net worth of $20 million.

Even though he is the drummer and percussionist of the band, Tico Torres also contributed to a song on the box set, ‘100,000,000 Bon Jovi Fans Can’t Be Wrong,’ by singing the lead vocals, as well as to the songs, ‘Born to Be My Baby’ and ‘Love for Sale,’ by singing the back vocals.

Besides his music career, Torres is a talented painter who is known as ‘The Hitman.’ He has been working on his paintings since 1994, which are mainly inspired by his everyday life as well as his life with Bon Jovi. Tico also owns a fashion line named Rock Star Baby and has been selling baby clothes, toys, and furniture.

The bassist and backup singer of Bon Jovi, Hugh McDonald is the fourth richest member of the band’s current lineup with his net worth of $13 million.

McDonald wasn’t actually an official member of Bon Jovi until 2016. However, even before that Hugh contributed to the band dearly as a studio musician who played during the recording of Jon Bon Jovi’s first demo for his song, ‘Runaway.’ In 2018, the talented bassist was inducted into the Rock and Roll Hall of Fame along with his bandmates from Bon Jovi. The lead guitarist of Bon Jovi, Phil X has earned a solid place within the band since he joined them permanently in 2016. As of 2021, the Canadian musician has a net worth of $5 million.