Is Imagine Dragons A Rock Band? See What Dan Reynolds Said About The Controversy

Imagine Dragons is undoubtedly one of the most successful bands of the last decade, sweeping award shows, including American Music Awards, Grammy Awards, Billboard Music Awards, and more. In addition to this, the band has topped countless charts.

Although Imagine Dragons are often referred to as a rock band by numerous music critics and respectable magazines, countless fans think the band’s genre changed over time, and calling them a rock band wouldn’t be accurate. Let’s take a look at their music’s timeline to find the truth together and see what the lead singer, Dan Reynolds said about this.

Imagine Dragons first gained recognition with their award-winning debut studio album ‘Night Visions,‘ released on September 4, 2012. The album gave birth to the chart-topping singles ‘Radioactive’ and ‘Demons,’ the first one holding the record for most weeks charted on the Billboard Hot 100, which earned the title of ‘biggest rock hit of the year’ by Rolling Stone.

Since their debut record was undeniably a rock album, when Billboard placed Imagine Dragons at the top of their ‘Year in Rock’ rankings for 2013, nobody complained. However, when the same things happened in 2017 and 2018, reactions were far from pleasant.

The band released their second and third studio albums, ‘Smoke + Mirrors’ and ‘Evolve,’ and they were both commercially successful. The sound was obviously different than their debut record, but they managed to become the artist with the most weeks at No. 1 on the Billboard Hot Rock Songs chart.

The following record was ‘Origins,’ which featured a successful single named ‘Natural’ that became their fifth song to top the Hot Rock Songs chart. As you can tell, their rock chart success gradually declined over time with each album. Although all four albums of Imagine Dragons were commercially successful, critical reception was always mixed with some liking their new pop-rock sound, and some expressing their disappointment after their promising rock sound.

Regardless of the mixed opinions of fans and critics, Imagine Dragons make music somewhere between alternative rock and pop-rock according to the vast majority of people, not rock music or the rock and roll we are all used to. Let’s see what Dan Reynolds had to say about this controversy. 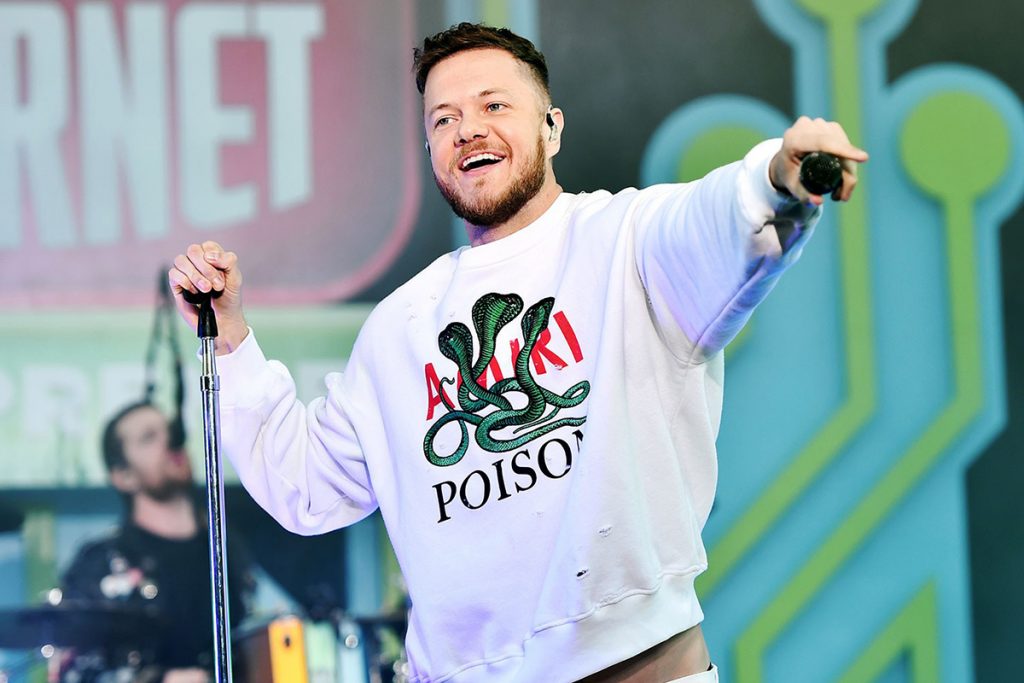 When Billboard released its Hottest Rock Songs of the Decade and Imagine Dragons took the top three spots with their songs, ‘Thunder,’ ‘Believer,’ and ‘Radioactive,’ the internet blew up, and some fans were pretty furious. A restless controversy was fueled by the fans who disagreed that the band deserved the victory. According to some, Imagine Dragons is not even a rock band.

Following several rude posts on social media platforms, Dan Reynolds took the matter into his own hands and shared a post on his official Twitter account. Although he started his tweet with a joke, the singer expressed how grateful he is for all the love he’s receiving after sharing many years of expressing himself through music. As for the genre debate, Reynolds stressed how the entire world can discuss his band’s music genre, but it doesn’t concern him to fit into a box as long as the music comes from a real place.

“Got on Twitter to find all the slander and all the love. Thank you for the love and yea I’d probably be mad if it wasn’t my band but it is my band hahaha.”

“And in all seriousness. Thank you so much. I feel incredibly blessed to be able to have spent the last decade writing this music and sharing it w you. It all comes from a real place and it always will. The world can debate what genre it belongs in. That’s not my concern.”

It appears that neither the lead singer nor his true fans care about what genre Imagine Dragons fits into. It’s incredible to see a musician who doesn’t try to please anybody but his fans and puts out music that feels right rather than making music that fits into a definition. Despite receiving major backlash over the matter, Reynolds proved how he’ll focus on releasing what’s real and his unapologetic attitude was praised by his fans.

You can listen to Imagine Dragons’ well-known tracks below to decide for yourself.