Mötley Crüe was founded by Nikki Sixx, Tommy Lee, and Mick Mars in 1981 and was complete after Vince Neil joined the band. They recorded their commercially successful debut album ‘Too Fast For Love’ within the same year and have released several successful records.

Although Crüe had its ups and downs, causing them to go on a hiatus in 2002, they reunited in 2004 and released their ninth and final album, ‘Saints Of Los Angeles,’ in 2008. In the album, Sixx was the writer or co-writer of all the songs. In fact, he was the one who wrote most of Crüe’s material.

As you may know, both Poison and Mötley Crüe were formed in the same era, were defined as glam bands, and were almost as successful as each other. In 2011, Mötley Crüe co-headlined with Poison during a tour celebrating their 30th anniversary and Poison’s 25th anniversary. Named ‘Glam-A-Geddon,’ the tour took place despite Mötley Crüe’s claims that they would never tour with Poison. 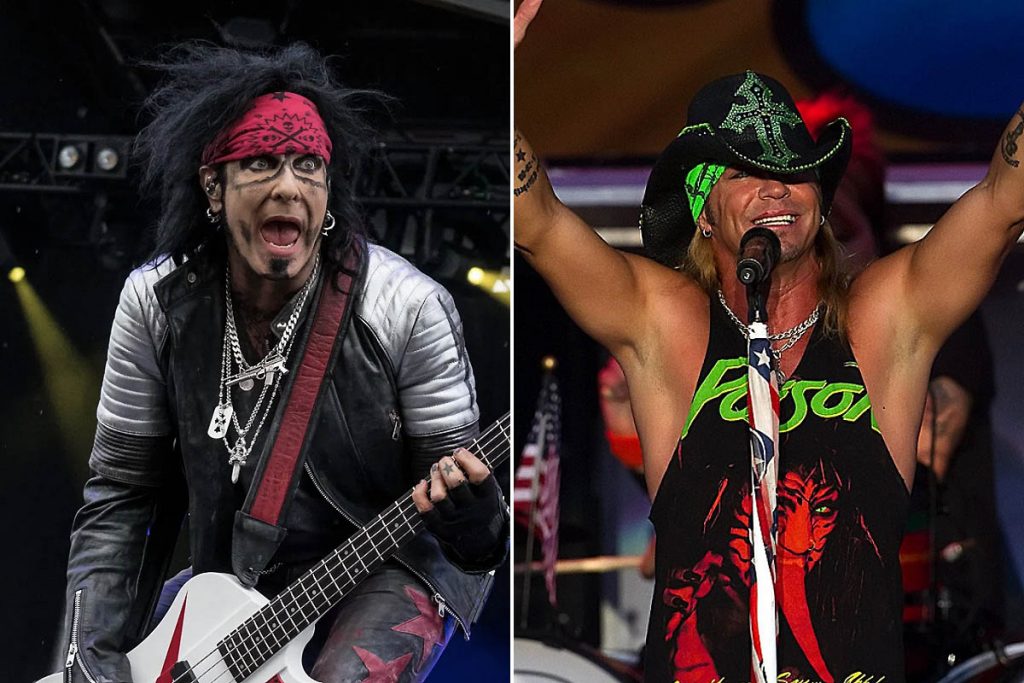 However, in 2004, Nikki Sixx announced that there is no way his band Brides Of Destruction or Mötley Crüe would ever tour with a band like Poison. He also said that if that happens, that would be the death of Crüe and called Poison a ‘fake bullshit.’ In the 2004 interview, he also noted that there are followers and leaders, and he is not into followers like Poison.

In his diary, Nikki Sixx stated that:

“No way in fucking hell would Brides Of Destruction or Mötley Crüe ever, ever tour with a fucking band like Poison. We have had talks with KISS and I told them very clearly that we would not do the tour if they used Poison. That would be the death of us… I will not be attached to that kind of fake bullshit.“

“I was in negotiations and said it depends who else is on the tour. If you’re going to do a nostalgia thing, we’re not interested. If you go get Jet or The Darkness, it sounds like fun. All of a sudden they come back with Kiss, the Brides, and Poison! There ain’t no way in hell I’m doing that tour. I will not play with fucking Poison. There are followers and leaders. I’m not into followers.”

Upon hearing Bret Michaels’ announcement, Tommy Lee also rejected a possible tour with the band by simply saying ‘NO!’ Following that, Mötley Crüe’s management told People that Michaels knows there is no such tour, and he is trying to make it happen. So both Mötley Crüe and their management stated that the announcement was nothing but a rumor.

In the meantime, Bret Michaels claimed that Nikki Sixx apologized to him about his derogatory comments. However, Nikki Sixx denied that in a now-deleted tweet and made a milder statement. He said that he didn’t apologize to Michaels, but added that he never had anything against Poison. The bassist then noted that Mötley thought Poison sucked as a band, but they are ready to give the fans what they wanted.

“Just to clarify, Bret Michaels recently said I apologized to him for derogatory comments that Mötley made about Poison in the past and that isn’t what I said. What I did say was ‘I personally never had anything against you guys as a people, but Mötley just sorta thought you sucked as a band but let’s give the fans what they want and go out and have a good time.'”

Despite all of the drama, the controversial tour took place. On May 29, 2011, the Glam-A-Gedon tour kicked off and ended on August 5, 2011. This was the first occasion where Mötley Crüe and Poison shared the same stage, but it appears it is not the last.

Rumors started to circulate in November 2019, claiming that Crüe would reunite for a 2020 tour with Def Leppard and Poison. On December 4, 2019, Crüe confirmed that they would embark on The Stadium Tour with them in the summer of 2020. However, due to the pandemic, the tour was rescheduled to 2021 and then postponed again to 2022.