How Did John Mayer Earn His Insane Fortune At A Very Young Age? See Mayer’s Net Worth In 2021

Being a singer-songwriter, guitarist, and record producer, John Mayer is a talented musician who has a phenomenal solo career along with several successful collaborations. His music covers a range of different genres, and his albums have been received well by critics. Over the course of his accomplished career, Mayer has won several awards including Grammys.

Born in Connecticut on October 16, 1977, Mayer became obsessed with electric guitar in his early ages after watching Michael J. Fox in ‘Back To The Future.’ His father bought one for him which ignited his interest in music. Discovering that he liked Blues music, he started to take guitar lessons at a nearby place. Because his parents had a turbulent relationship, he focused on playing guitar more and that led his parents to take him to a psychiatrist as he was so obsessed with it. In high school, he joined a band and started to perform in venues.

In 1977, Mayer attended Berklee College Of Music and formed a band named LoFi Masters with Clay Cook. When he discovered he wanted to make pop music, the band split up and he pursued a solo career. He then released ‘Inside Wants Out’ and an online album, ‘Room For Squares,’ which raised his popularity in the industry. His second album, ‘Heavier Things,’ made him won a Grammy for the song ‘Daughters’ in 2005, and his third record, ‘Continuum,’ made him won more Grammys.

Starting from 2010, Mayer went into a hiatus as he was overwhelmed by the media and had vocal chord issues. He then recovered in 2013 and released his sixth album ‘Paradise Valley.’ Later on, Mayer made an album which he described as ‘deeply personal’ titled ‘The Search For Everything’ and joined forces to form the band Dead & Company with former Grateful Dead members. He is known to collaborate with several artists including Kanye West, Buddy Guy, B.B. King, and Eric Clapton.

Apart from his successful musical career, Mayer is known for his romantic life. He has never been married but dated a lot of famous female celebrities including Jennifer Love Hewitt, Jessica Simpson, Cameron Diaz, Minka Kelly, Jennifer Aniston, and Katy Perry. He is also known for his controversial statements with his remarks on Black women and African Americans which soon made him accused of racism, and he appears to reveal unnecessary details about his relationships quite often via the press. 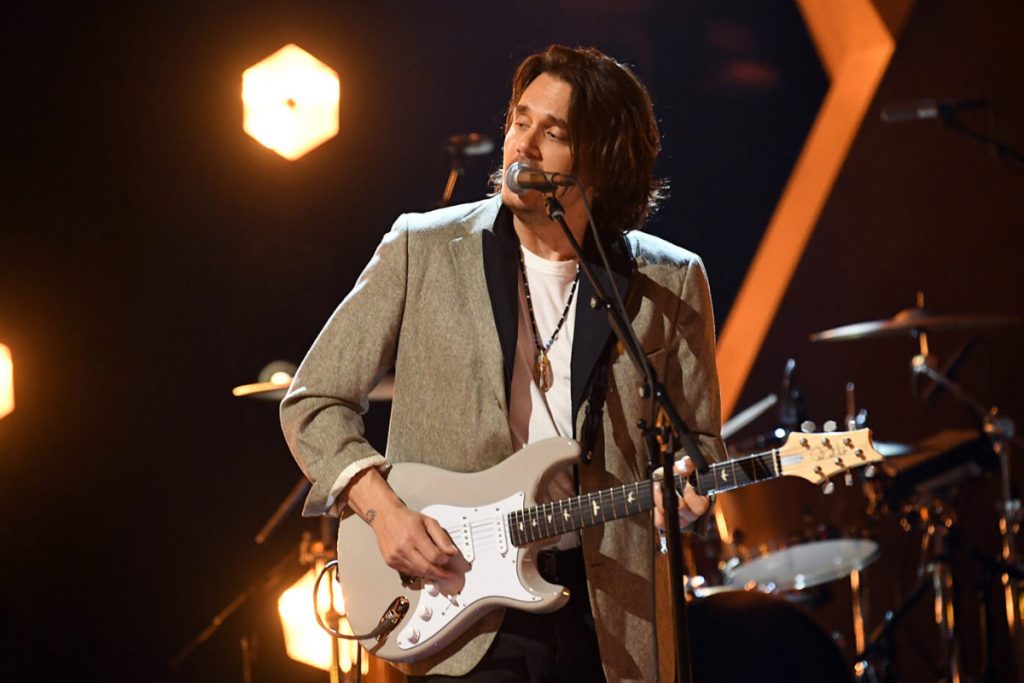 As of 2021, the talented musician John Mayer’s net worth is estimated at $70 million. In the light of his astonishing musical career, his romantic involvements with famous female figures, and his controversial statements which makes him at the center of the spotlight, his income is no wonder. It appears that with such a fortune, he can easily live off the rest of his life.

His high income made Mayer earn a spot on Billboard’s Highest-Paid Musicians list in 2018, and his album ‘The Search For Everything’ was also placed on number 2 on the Billboard 200 chart. With that album only, he earned over $900,000 from the sales and $1 million from streaming.

It appears that John likes to spend his money on luxurious things as he bought Maroon 5 singer Adam Levine’s mansion in 2018 which was worth $13.5 million. The property is known to have its own gym along with a 7,100 square foot house, a tennis court, a swimming pool, and a two-story garage.

Mayer also has an expensive hobby, which is collecting luxurious watches. Over the course of his life, he is known to spend millions of dollars on the watches he owns. According to an MSNBC report, he had spent a total of %25 of his net worth on watches. The watch aficionado, Mayer said to New York Times in 2015 that his collection is worth more than tens of millions of dollars.

Still being young with the age of 44, Mayer still has time to double his net worth and he is still working on producing new music as he announced on June 1, 2021, that his next album will be titled ‘Sob Rock’ with the release date of July 16, 2021.