Guns N’ Roses is considered to be one of the most famous and successful rock bands of all time. However, the band didn’t achieve worldwide fame solely with their iconic songs, but also with the band members’ high and crazy stories. Almost every member of Guns N’ Roses has been through insane and dangerous moments which led the band to be described as ‘the most dangerous band in the world.’

The band’s lead guitarist also did a lot to contribute to the title of the band. Slash was heavily addicted to drugs and alcohol for a long time until he was diagnosed with cardiomyopathy and barely survived the disease. Thus, he decided to change his life and recovered from his heroin addiction, and he recently celebrated fifteen years of sobriety. Before this decision, Slash went through a lot due to his excessive use of drugs and alcohol, and one time, he thought he was being chased by an armed Predator.

Why Did Slash Run Naked In A Golf Resort? 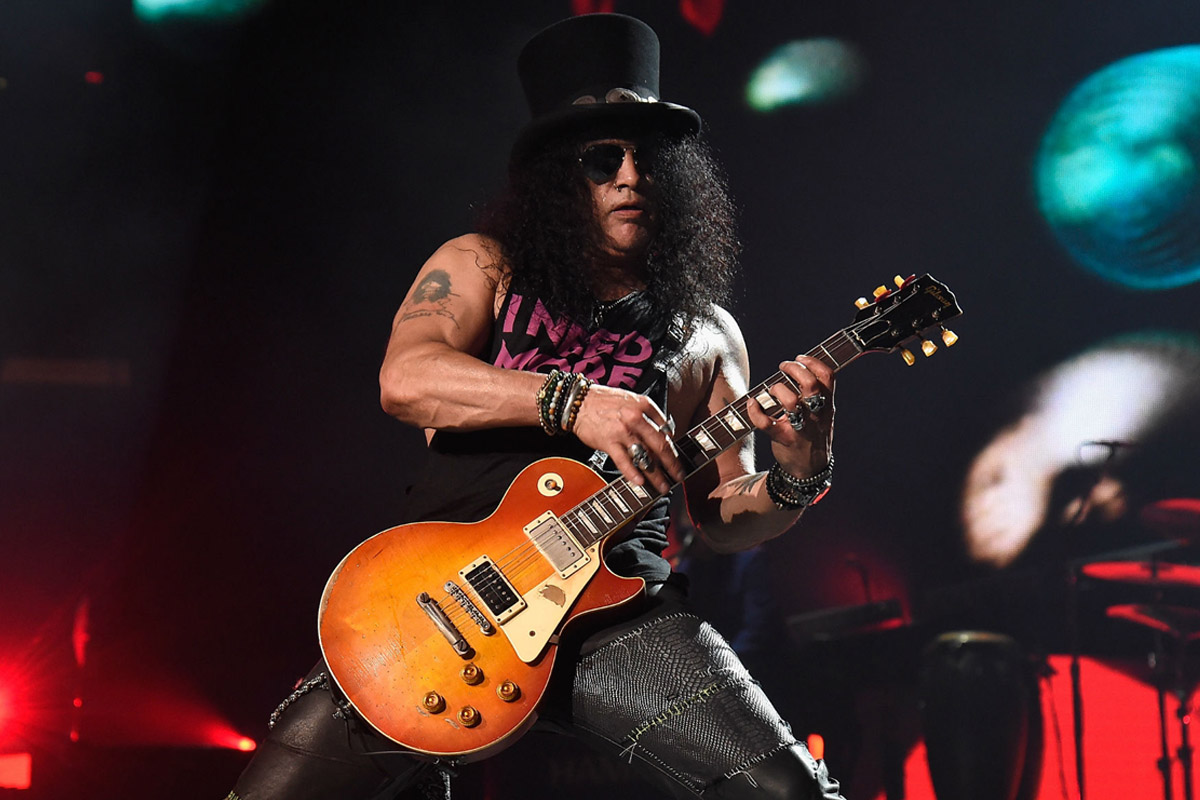 Guns N’ Roses went into a hiatus after the band’s world tour in 1989 and Slash found peace in bottles of whiskey and heroin during the turmoil of the band. Later, he defined those times in his memoir as two years filled with nightmares and fueled by heroin.

One time, he got so high that he started hallucinating while staying in a golf resort in Arizona. The GN’R icon was convinced that his hallucination was real as he even described it to the police like that.

He recalled these times saying:

“It turned out to be the start of a long and nightmarish obsession with heroin that lasted from 1989 through 1991.

I was still high enough that I told the story without a shred of self-consciousness.“

According to the guitar icon, everything started when he ‘saw’ predators carrying machine guns who were about to attack him. He was so afraid that he broke the glass door of his room with a punch and tried to run away naked. Slash thought that they were still chasing him and thus decided to hide behind a maid and use a lawnmower as a shield.

Eventually, the police came to solve the problem but Slash was too high to tell the truth and completely unaware that it was a hallucination. He thought that he was surrounded by movie monsters and told the police his own version of the story.