Everything We Know About Sophie Simmons, Gene Simmons’ Daughter

Being the daughter of one of the most famous rock stars in the world, KISS bassist Gene Simmons, Sophie Simmons has an impressive career as a musician, an actor, and model all of which made her stand out as an individual apart from her father whose fame wasn’t seen as a tool according to the successful star.

The legendary musician Gene Simmons and a former Playboy Playmate and actress Shannon Lee Tweed began dating in 1983 and the two had a live-in relationship for 28 years until they got married on October 1, 2011. The couple welcomed their first child, a son named Nick on January 22, 1989, and their daughter Sophie on July 7, 1992.

Being born in a family who’s already widely known for their career all around the world, Sophie Simmons initially avoided the music and modeling world in order to dodge the comparison between her parent and herself and therefore, attended Pitzer College in Claremont, California, majoring in computer engineering and religious studies. However, being naturally and genetically talented at both music and modeling, Sophie inevitably stepped into her career as a model, musician, and actor. Let’s break down Gene Simmons’ skilled daughter’s career line with every aspect and detail.

Sophie Simmons Started Her Tv Career At The Age Of 11 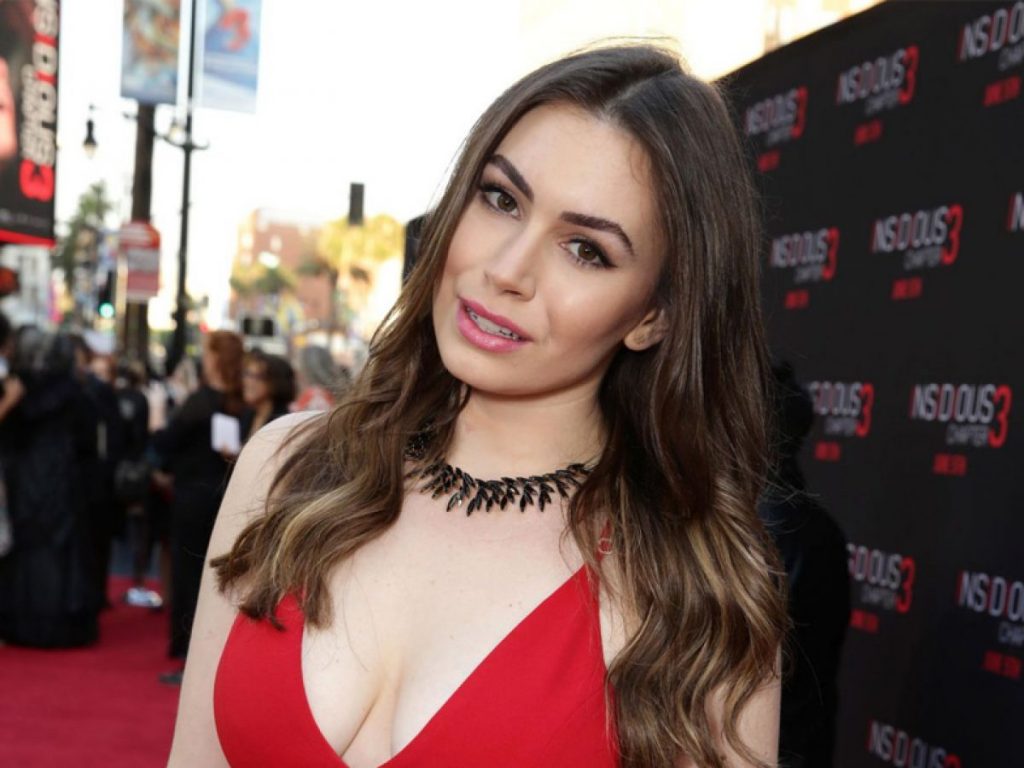 Having two celebrity parents and fans who are eager to know more about their personal life, Sophie starred on her first show at the age of 11 with the Simmons family who decided to appear on the reality television series named ‘Gene Simmons Family Jewels,’ premiered on A&E on August 2, 200, until its last episode on July 14, 2012.

In addition to the show which featured all four members of the family, Sophie Simmons also appeared on another reality tv show named ‘Shannon & Sophie’ along with her mother Shannon Lee Tweed which lasted for one season back in 2014. Being a famous reality star from a young age, Sophie appeared on 11 tv series according to her IMDb page and starred in movies such as the 2017 film ‘Urban Myths’ in which she portrayed a character named Lauren and the movie won an American Film Award.

Sophie Simmons Is A Model Who Supports Body Positivity 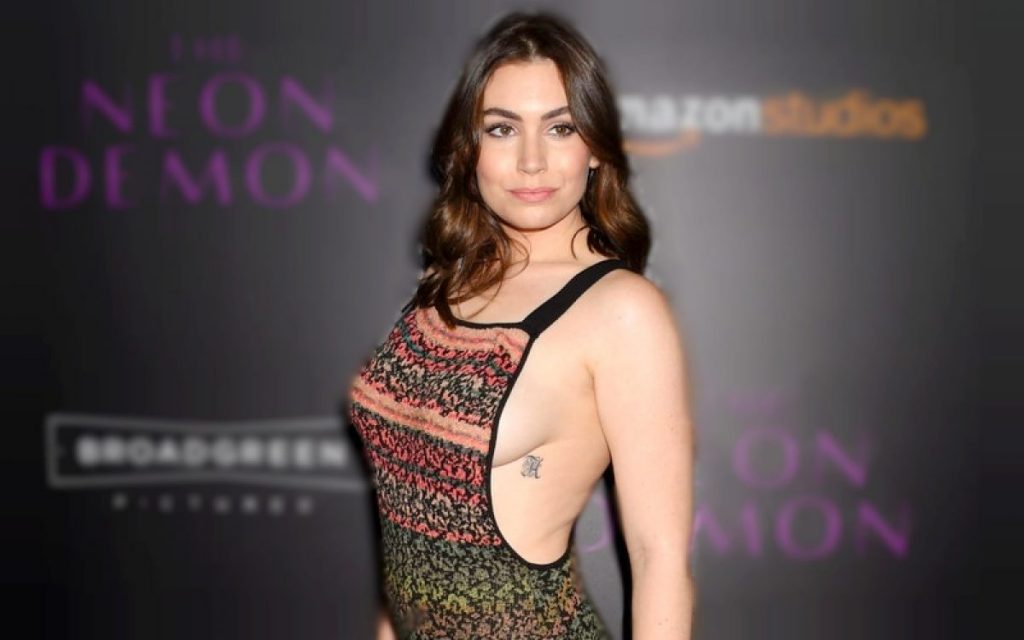 As some of you might know, Sophie Simmons launched a body-positive clothing line for The Style Club in 2014 and became a model who advocates for body positivity in order to support eliminating discrimination and body shaming which overpowers the fashion industry for decades.

Being a well-known reality tv star, Sophie Simmons also appeared in the 2016 documentary named ‘Straight/Curve’ which was a program that focused on the discussion over body image in the modeling and fashion industry that’s often being highlighted and debated currently in today’s world in order to improve the midset over body image, especially for women.

Sophie Simmons Is A Successful Musician And Songwriter 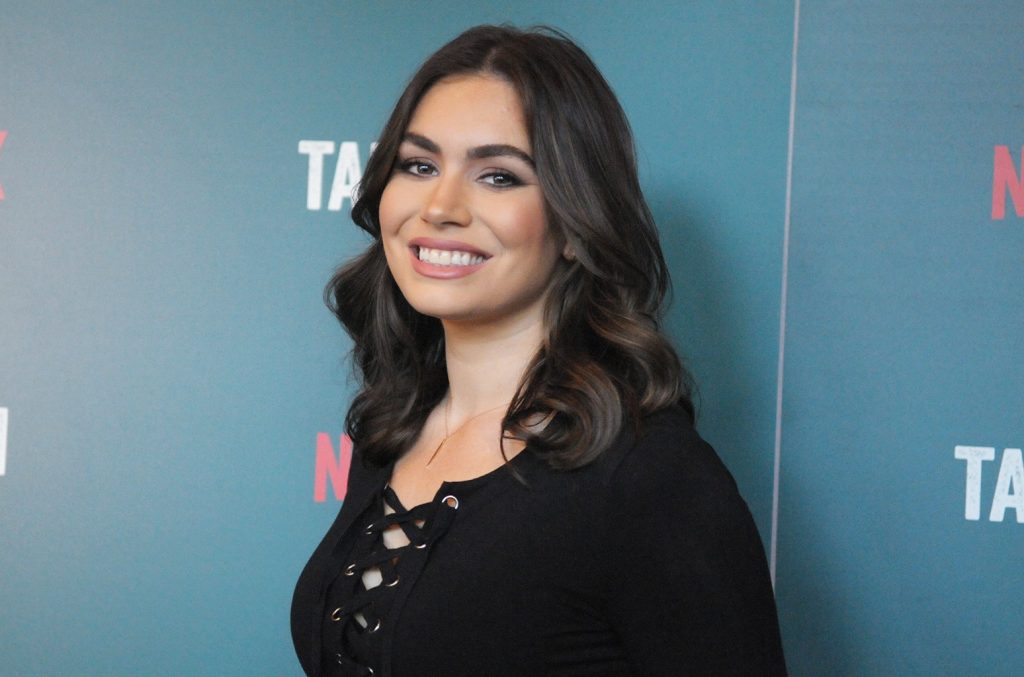 After avoiding being a musician for a long time in order to not be compared to his rock star father, Gene Simmons, Sophie Simmons revealed her talent as a musician when she first auditioned for the competition show The X Factor in 2012. Despite being advanced to the Bootcamp, she was eliminated in that stage of the competition, however, her music career was only getting started.

Her debut single named ‘Kiss Me‘ which was released in 2015 as a cover version of the Sixpence None the Richer’s 1998 song with the same name and the song gained huge recognition as it has over 250k view on YouTube. Sophie’s musical career took off as she collaborated with the DJ duo Yellow Claw for a song on their second studio album, ‘Los Amsterdam.’ While she performed on the record’s first track, ‘Home,’ Sophie proved her songwriting skills on the track as well.

Sophie Simmons focused on her music career from that on and release two solo singles in early 2018 named ‘Burn Me Down’ and ‘Black Mirror‘ which was inspired by the tv show with the same name, debuting on Billboard‘s Dance Club Songs chart at Number 43 on April 14 and remaining on the list for ten weeks peaking at Number 20.

Being an exceptional songwriter in addition to showing her talents as a vocalist, Simmons once again wrote a single with Yellow Claw and DOLF named ‘Cry Wolf’ which was released in April 2018 and featured her on vocals as well. Sophie’s latest release was her third solo single of the year, ‘Paper Cut’ which was released in June 2018 and her fan cannot wait to hear more from the gifted musician.

You can listen to Sophie Simmons’ debut single ‘Kiss Me’ below.