Led Zeppelin’s Jimmy Page and Eric Clapton were tight friends back in the 1960s, and they are known to have jump-started their music careers as the guitarists of the Yardbirds. Clapton joined the Yardbirds in 1963, but around 1965, the guitarist was annoyed with the band’s progress towards a more pop-oriented sound and wanted to quit.

What Happened Between Jimmy Page And Eric Clapton? 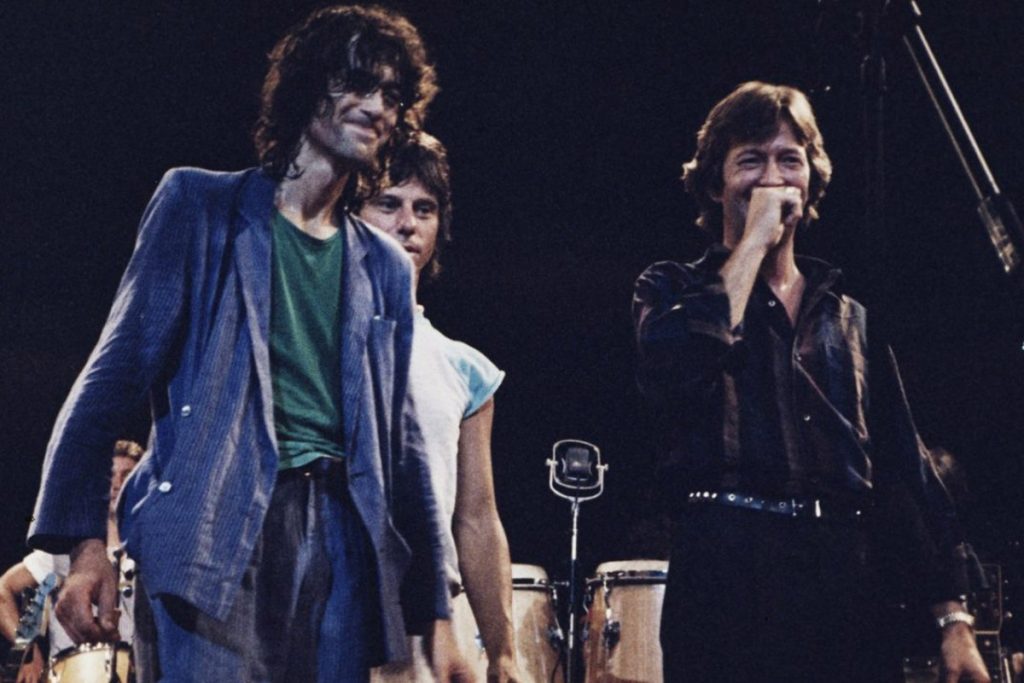 Jimmy Page wanted to become a producer and was eager to play with the sounds to create something unique. In one of their jamming sessions with Clapton, the guitarist recorded the sounds, which were later featured in the album ‘Blues Anytime: An Anthology of British Blues.’ Clapton wasn’t aware of this release, and therefore he got angry as soon as he found out that the records went on sale.

Clapton didn’t receive any royalties from the album, and Page defended himself to Clapton, stating that he didn’t earn money from the sales either. However, Clapton’s trust was broken, and their friendship had a falling out. Later, Page got sick of producing and moved on to playing the guitar for The Yardbirds.

The duo did not speak for years, and they also had an awkward situation concerning their romantic relationships. Clapton dated Charlotte Martin in the 1960s. After they broke up, Martin started dating Page, and they even had a baby in 1971, Scarlett Page.

The Aftermath Of The Fallout

The Yardbirds disbanded around 1968s yet, Page did not give up on music and proceeded to form The New Yardbirds, which later became Led Zeppelin when Robert Plant and John Bonham joined. At that time, Clapton was performing with Blind Faith when the two saw each other at a rock festival in 1969.

Their reunion wasn’t as dramatic as one could think it would be. Clapton shared his opinions on Led Zeppelin by stating that he thought they were very, unnecessarily loud. On the other hand, Page missed Clapton’s performance and didn’t even see him on stage. Page later admitted that he doesn’t listen to any contemporary guitarists because he doesn’t want to be influenced by Eric Clapton or Jimi Hendrix.