Linkin Park frontman Chester Bennington tragically died at a young age but managed to leave an unforgettable legacy behind. He is definitely among the most iconic vocalists in the history of rock music. However, he was more than a great vocalist as Bennington transformed his personal experiences into his songs, which established a close relationship between him and the listeners.

He was also a unique performer and watching him perform live was always a notable moment for the audience. Chester was an inspiration to many upcoming musicians who followed in his footsteps. Thus, his sudden death was devastating for many people who were inspired by his music and experiences.

Bennington was found dead in his home on July 20, 2017, and his cause of death was reported to be suicide by hanging. After the tragic news, countless musicians expressed their deep sadness over his death. Korn guitarist Brian Welch was also one of those who mourned the death of the singer, but not in a way you would expect. 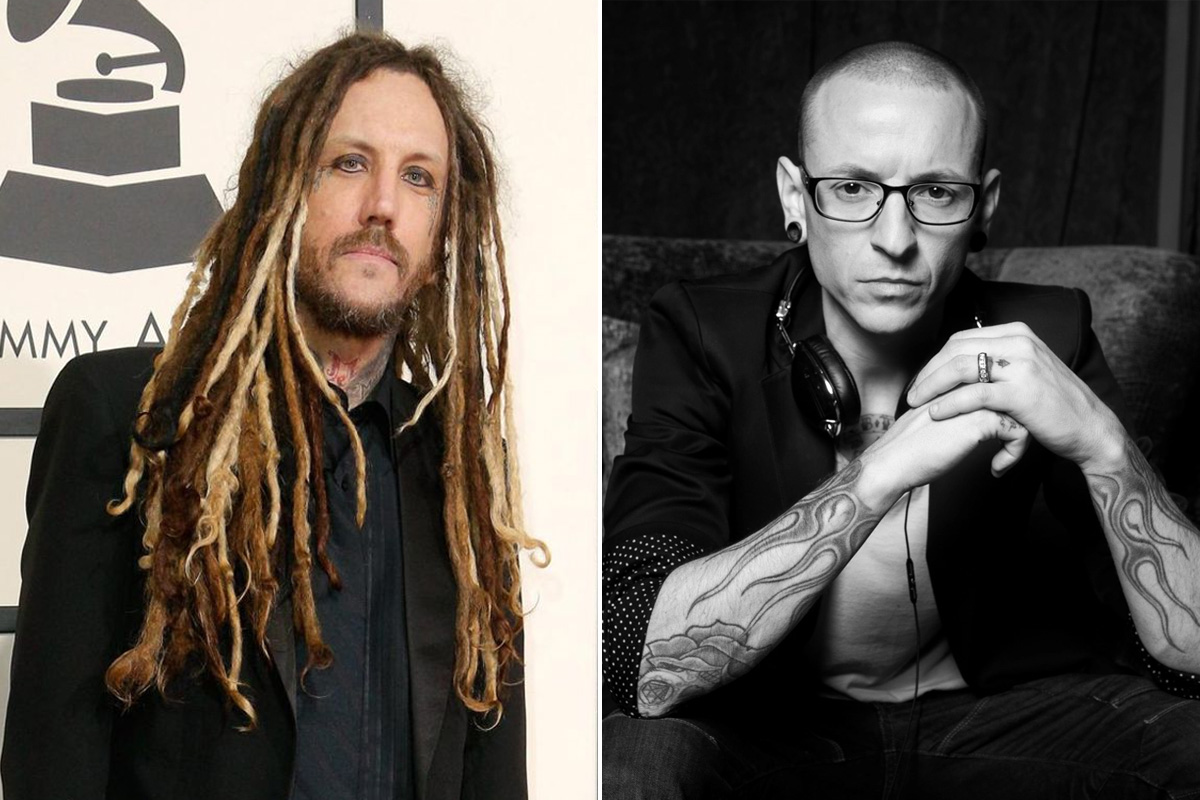 Shortly after receiving the news of Chester Bennington’s death, Korn’s Brian Welch shared a controversial post on Facebook. He mainly criticized the iconic singer for taking the ‘cowardly way out.’ Welch stated that Bennington was an old friend of his and they would hang out together, but he was still angry with him.

Brian Welch implied that the musicians who committed suicide give a wrong message to their fans and the children. Welch emphasized that he was totally fed up with all these suicide attempts. Then, he referred to his own struggles and talked about his long-term battle with depression. Welch highlighted that he understands how hard it is to be depressed, but giving up on life is a cowardly act for him.

“Honestly, Chester’s an old friend who we’ve hung with many times, and I have friends who are extremely close to him, but this is truly pissing me off! How can these guys send this message to their kids and fans?! I’m sick of this suicide shit! I’ve battled depression/mental illness, and I’m trying to be sympathetic, but it’s hard when you’re pissed! Enough is enough! Giving up on your kids, fans, and life is the cowardly way out!”

It appears like Brian Welch actually didn’t write it to target Chester Bennington but criticized the issue of suicide from a broader perspective. He was probably overwhelmed by the grief over losing his friend which can be understood from the later message he shared related to his earlier statements.

Brian Welch Apologized For His Comments On Chester Bennington

Of course, Brian Welch faced serious backlash after his harsh words. Everyone was devastated and shocked by Bennington’s death, but some thought that Welch went too far with his comments. Later on, Korn’s guitarist shared a video and also joined a podcast on a radio station to explain his emotional reaction to the singer’s death.

In the video, Brian Welch stated that he was just misunderstood and should’ve put his emotions differently. He expressed that when he wrote those words, he was devastated and heartbroken. Welch added that he felt so sad seeing these inspiring people like Chris Cornell and Bennington ruin their own lives. When he first heard of Chester’s death, he couldn’t believe it was real.

Welch said that he checked the news over and over and hoped it wasn’t real. Then, he talked about his previous comments and stated that he should have used different words to explain his grief. Welch revealed that he was honored to have the opportunity to spend time with Chester, and he likes all the Linkin Park members. He apologized to his friends and fans for his comments and added that he didn’t mean to disrespect.

“It was unfortunate. I spoke from a broken heart, a shattered heart, devastation, and grief. And I would have worded it differently. But when in the history of rock music, or even the music business, have we ever seen anything like that? Both guys with monster voices are such inspirations to so many. Chris Cornell ended his life and I was heartbroken. I wasn’t close to him, but it was just like. People that are messed up in their lives, not this guy who has a family and is doing so well.

And we heard stories, maybe it was the Ativan that did it. So tragic, right? So I started feeling okay after that because a couple of months passed, or whatever. We wake up and we all see this Chester hanging himself all over TMZ. I’m, like, ‘This has gotta be a hoax. It’s gotta be a hoax. It just can’t be real.’ Then I find out that it’s actually true. And we were all devastated; you should have seen our faces. Just like the whole world, I bet, that knew of this guy. We were in shock. The whole band was talking about it.”

He continued by saying:

“What happened was I started grieving. I went and got alone. I went to my hotel room and just kind of was just in shock, thinking about reading everything. ‘Are they sure? Are they sure they got it right?’ And I was just over it. I’m, like, ‘No more, man. Stop!’ Two guys are dead now. They took their lives. And I hear that Chester took it on Chris Cornell’s birthday. I freaked out. I’m, like, ‘It’s gotta stop.’

It’s my fault. But I would have worded it differently. ‘Cause I’m honored to have known Chester, and the Linkin Park guys are so amazing; they’re so cool, man. Slash said it best. As I was tweeting, he tweeted, ‘An avalanche of emotions and feelings: sadness, anger, confusion, loss, heartbreak.’ He says, ‘I can go on, but loss and heartbreak reign here.’

And I think I was going through all that stuff, and I did it online. So I learned not to process grief online. And apologies to any of his fans, I meant no disrespect. I was shattered, I was heartbroken and so sorry for my good friends that have been so close to him. But it’s been over a week now. It’s just a sad thing all around.”

It was totally shocking to many people to learn that such a big inspiration committed suicide. To Welch’s defense, everyone has their own way of grieving, and he made it clear that he didn’t want to disrespect anyone and Bennington was so special to him which was why he overreacted.