Red Hot Chili Peppers has been one of the most successful bands in alternative rock history since they were first formed in 1983. Their musical influences include music acts from a wide range of genres, such as Metallica, Jimi Hendrix, Led Zeppelin Queen, Bob Marley, and others. As a result, their sound features various elements of funk-rock, funk metal, punk rock, rap-rock, and psychedelic rock.

With their unique musical style, RHCP managed to be quite different from any movement or music band. The band’s frontman Anthony Kiedis has an entirely different vocal technique. He incorporates various approaches in his singing, including spoken verse, rapping, and traditional vocals. As it seems, Kiedis thinks that he and RHCP influenced rap-metal bands like Linkin Park and Limp Bizkit with their distinctive music approach.

What Is The Influence Of RHCP Over Linkin Park And Limp Bizkit? 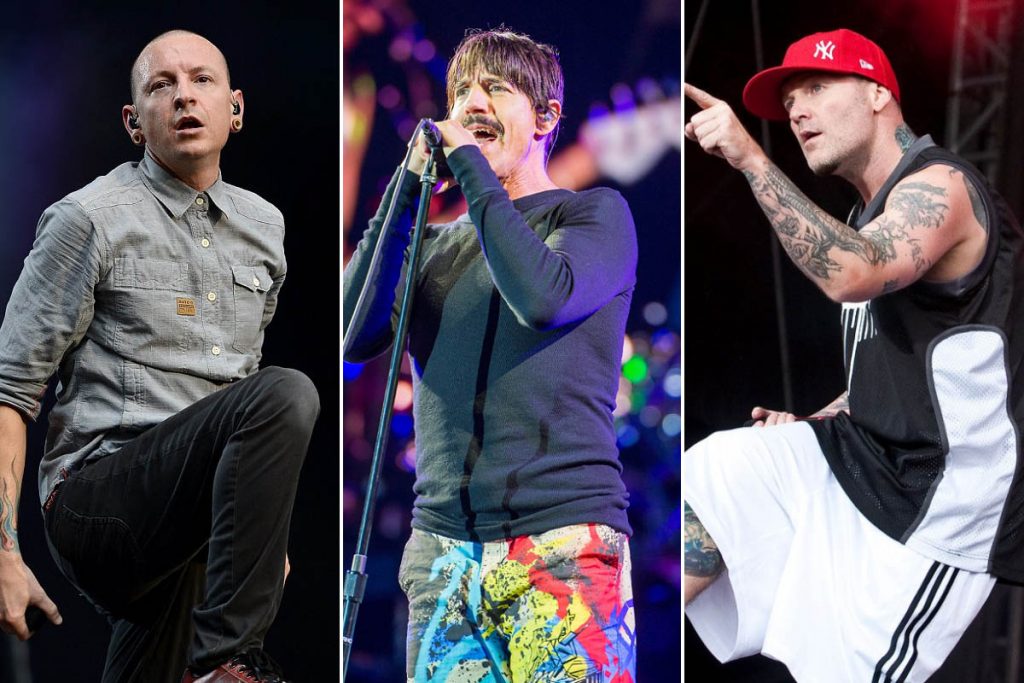 In a 2002 interview with Penthouse, Anthony Kiedis revealed why he thinks they might have inspired rap-metal bands like Limp Bizkit, Linkin Park, and Kid Rock. When the interviewer asked which areas he considers RHCP as pioneers, Kiedis said they had the earliest examples of the combination of hardcore funk with hip-hop and rap-style vocals.

Moreover, Kiedis said they might have inspired Limp Bizkit, Kid Rock, Linkin Park, and others in that manner. According to the singer, they don’t sound like their previous music, but they still feel like pioneers as they don’t bow to the system itself with their distinctive sound.

In the 2002 Penthouse interview, the interviewer asked Anthony Kiedis the following:

“In what areas would you say the Chili Peppers have been pioneers?”

In response to this, Anthony Kiedis said:

“We were early in creating the combination of hardcore funk with hip-hop, rap-style vocals in a live-band context. We became, maybe, an inspiration to Limp Bizkit, Kid Rock, Linkin Park, all these other bands that are doing that now. Today, when we write music, we don’t sound anything like we did. So, we still feel like pioneers because we’re not bowing down to the system.”

It seems that Anthony Kiedis believes Red Hot Chili Peppers were pioneers in creating the combination of hip-hop and rap-style vocals with hardcore funk. In that sense, he thinks that RHCP’s music might have inspired rap-metal bands like Linkin Park and Limp Bizkit.