The most successful band in the history of alternative rock music, Red Hot Chili Peppers is known for creating a brand new musical style in the early ’80s by combining the sounds of funk and punk rock. Regardless of the various challenges that the band members faced throughout their careers, they seem to be still doing fine considering their material well-being.

Six Grammy Awards winner Red Hot Chili Peppers was initially founded by high school friends, Anthony Kiedis, Hillel Slovak, Flea, and Jack Irons. They started their career by improvising music while the band’s singer Kiedis was rapping. Cliff Martines and Jack Sherman replaced Slovak and Irons who wanted to focus on their other band named What Is This?. Soon later in 1984, the band released their self-titled debut album, ‘Red Hot Chili Peppers.’

The band achieved its first worldwide commercial success with the release of their fourth studio album, ‘Mother’s Milk,’ however, their seventh album, ‘Californication,’ was the record that brought them their biggest commercial success with more than 16 million copies sold. When it comes to the distribution of revenue within the band, there is an unexpected gap between Red Hot Chili Peppers’ bassist Flea and the rest of his bandmates. 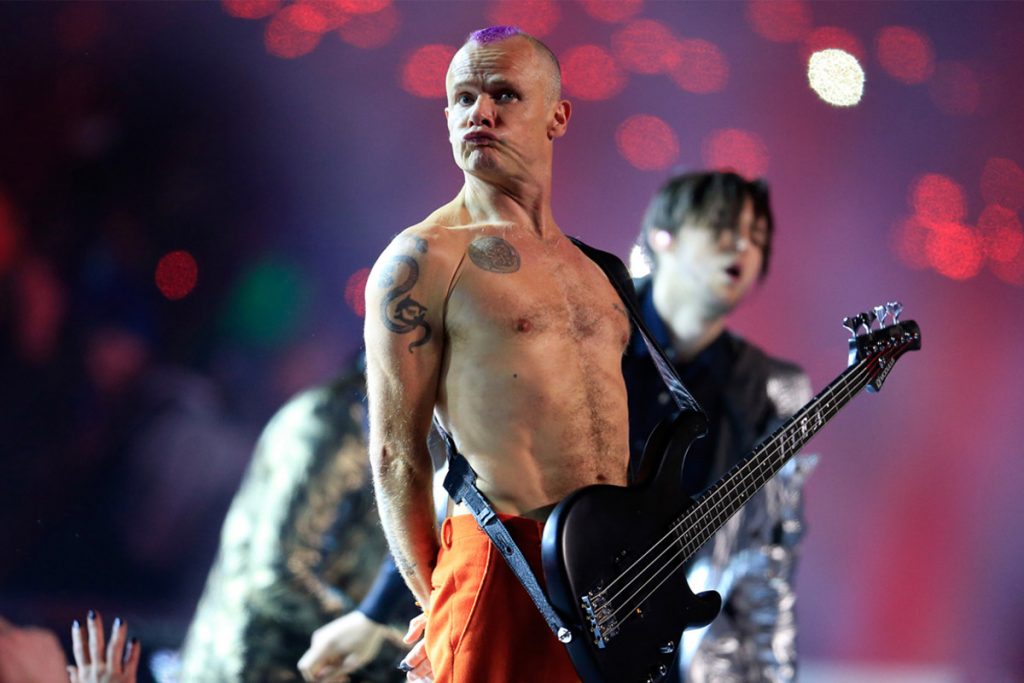 Red Hot Chili Peppers’ bassist Flea, whose real name is Michael Peter Balzary, is also among the founding members of the band. Flea, who took part in every RHCP album that ever released, has a net worth of $150 million, which makes him the richest member of the band.

Ranked as the second-best bassist of all time by Rolling Stone magazine, Flea has been known for his unique playing style consisted of funk, punk, hard rock, and psychedelic. His friends started calling him ‘Flea’ while he was a teenager as a reference to his inability to sit still.

The multi-talented artist has also appeared in more than 20 films and TV series, including The Big Lebowski, Fear and Loathing in Las Vegas, and Baby Driver. Flea published his memoir named ‘Acid for the Children’ in 2019. The iconic bassist is also interested in real estate. He has bought and sold several properties in Los Angeles. Most recently, in November 2020, Flea purchased a home in Malibu for $7.5 million. Red Hot Chili Peppers’ frontman and lyricist, Anthony Kiedis aimed to form a band that would create a more peaceful environment for all genders by rejecting the misogyny and violence common in the punk rock scene back then. Kiedis seemed to achieve his goal by founding such a unique band that also led him to have a net worth of $140 million.

Unlike most of the well-known bands, whose frontman is usually richer than their bandmates, RCHP vocalist’s net worth is slightly less than his bandmate and longtime friend Flea. However, when it comes to the chaos in his personal life, Kiedis might get the upper hand considering his struggle with drug addiction and his involvement in the statuary rape of a 14-year-old girl.

Similar to Flea, Anthony also invested in real estate by owning properties around the U.S. worth at least $30 million. He even bought a house in Malibu for $4.8 million which close to Flea’s home in the same area. Red Hot Chili Pepper’s drummer Chad Smith has been an integral part of the band since he first joined them back in 1988. Regarded as one of the greatest drummers of alternative music, Chad has a net worth of $90 million which is less than two of his bandmates’, yet a lot more than many drummers’ in many other rock bands.

Just like his bandmates Anthony Kiedis and Flea, Chad also invested in real estate. Along with the properties that he’s sold for $15 million and $2.85 million, Smith is known for living in his house in Malibu which he bought for $8.6 million in 2006.

Red Hot Chili Peppers’ guitarist John Frusciante joined the band at the age of 18 to replace the late guitarist Hillel Slovak. Frusciante is the fourth richest member of the band with his net worth of $20 million.

Following his first appearance on RHCP’s iconic ‘Mother’s Milk’ album, John had some hard time getting used to the newfound popularity. Unfortunately, soon later, he fell into serious drug addiction and decided to leave the band for a while. In 1998, Frusciante rejoined the band soon before they started working on the ‘Californication’ album.

Besides his career with Red Hot Chili Peppers, John also released 12 solo albums. He has been involved in various projects with iconic names, such as Duran Duran, Glenn Hughes, Johnny Cash, George Clinton, and more.