2021 Net Worth Of Each Korn Member: Who Has The Highest Income, Jonathan Davis Or James Shaffer?

The pioneer of nu-metal, Korn has been one of the greatest examples of alternative metal music with which they managed to influence millions of fans around the world. Having been sold more than 40 million records worldwide, Korn has contributed to bringing nu metal music to the mainstream.

Korn was initially founded by James Shaffer, Reginald Arvizu, and David Silveria in 1993 who were previously associated with the funk metal band L.A.P.D. Later, Brian Welch and Jonathan Davis joined them to complete the lineup of Korn and released their self-titled debut album in 1994.

Most recently in 2019, Korn has released their 13th studio album named ‘The Nothing,’ which debuted at number eight on the US Billboard 200. Later in January 2021, Korn guitarist Brian ‘Head’ Welch revealed that the band has been working on a new album that might be released within this year. As of 2021, Korn has an estimated net worth of more than $120 million, however, not all the band members had the same level of income. 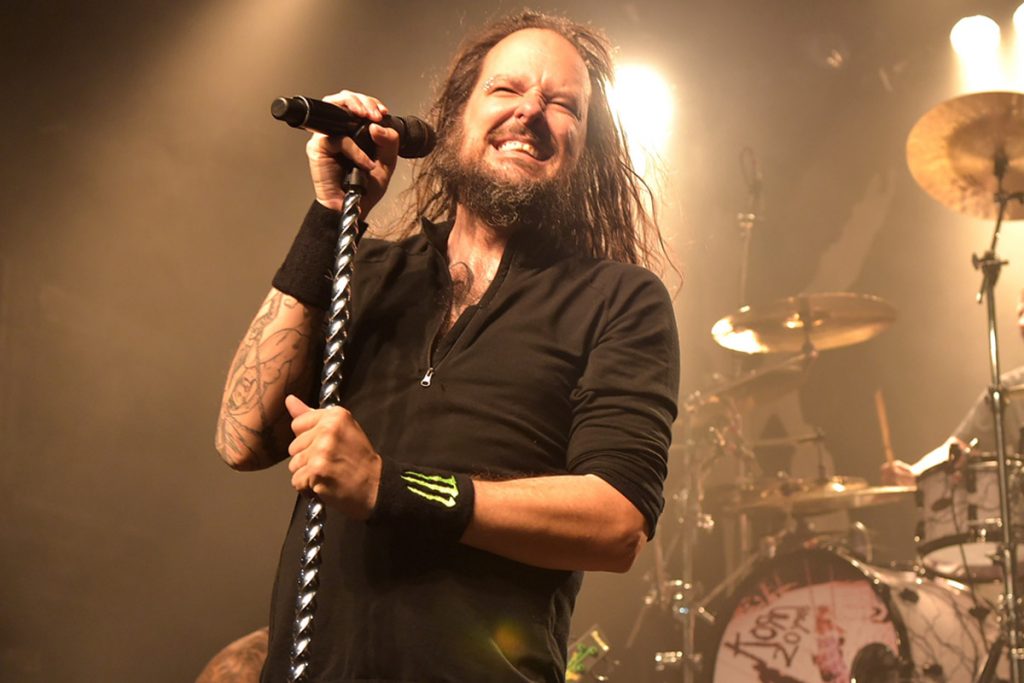 Korn’s talented frontman Jonathan Davis has acquired his net worth of $50 million mainly from his performances with the band as well as his other projects. Known for his intense live performances, Davis managed to stand out among his bandmates by being the richest one in the band.

Back in 1993, Jonathan Davis left his band Sexart to found Korn along with former L.A.P.D. members, James Shaffer, Reginald Arvizu, and David Silveria. During his almost three-decades-long career, Davis managed to impress millions of people with his eccentric tenor vocals and passionate lyrics.

Besides his successful career with Korn, Jonathan has focused on various other projects, including his DJing career as JDavis, the name of his EDM alter ego. He also composed a theme song for the 2002 revival of the popular TV movie, ‘The Twilight Zone.’ The co-founder and guitarist of Korn, James ‘Munky’ Shaffer is the second richest member of the band with his net worth of $30 million. Considered one of the greatest guitarists of all time, Shaffer has been through many difficulties, yet none of them prevent him from building a successful career.

James’ initial experience of playing an instrument didn’t start with a usual story. He actually started playing guitar as a part of his rehabilitation following a motorcycle accident which caused him to lose the tip of one of his fingers. Since then, Shaffer has performed with various bands and recorded several albums with Korn.

Also the creator of his own record label, which aimed to give a chance to new bands to break into the music industry, James ‘Munky’ Shaffer earned his interesting nickname ‘Munky’ allegedly due to the resemblance between his feet and the hands of a monkey. Korn bassist Reginald ‘Fieldy’ Arvizu has been playing with L.A.P.D. along with James Shaffer and David Silveria before they decided to continue in a different direction by founding Korn. Regarded as one of the band’s best songwriters, Arvizu has a net worth of $20 million, which makes him the third-richest member.

Even though originally his bandmates called him ‘Gopher,’ which turned into ‘Garfield,’ they ultimately decided to call him ‘Fieldy.’ He previously mentioned that one of the biggest influences in his guitar playing was Red Hot Chili Peppers’ bassist Flea. The guitarist of Korn and Love and Death, Brian ‘Head’ Welch has earned the majority of his wealth by being a member of one of the best-selling rock bands of all time. Considering his net worth of $10 million, Brian seems to be making slightly less money than his bandmates.

Welch is widely known for his contribution to creating the sound of Korn along with his long-time friend James Shaffer. However, in 2005, Brian decided to leave the band due to being reborn as a Christian and started pursuing his own solo career. His debut Christian album titled ‘Save Me from Myself’ was released in 2008.

Later in 2013, Welch rejoined Korn and played with the band for the recording of his first album with them in ten years, ‘The Paradigm Shift.’ The talented guitarist also has a Christian band called Love and Death with which he is getting ready to release a new album, ‘Perfectly Preserved,’ within 2021.

Korn’s well-known drummer Ray Luzier has a net worth of $10 million, similar to his bandmate Brian Head Welch. Before becoming the permanent drummer of Korn, Luzier was known for his work with another iconic name from the rock music industry, David Lee Roth.

Later in 2008, Ray managed to impress James Shaffer and Reginal Arvizu by learning 30 of their songs for the audition even though they only asked for five. Besides his successful career with Korn, Luzier also played with Stone Temple Pilots for the live shows during their reunion tour, temporarily replacing Eric Kretz.