Why The Who Had To Work With Jimmy Page

Though the entire world recognizes Jimmy Page as the lead guitarist of Led Zeppelin, the rocker was known for being a session musician in his early career. During these times, Page recorded with several artists, including the Who for whom he played rhythm guitar  for their first single entitled ‘I Can’t Explain,’ released on January 15, 1965.

Their iconic single wasn’t the only song Jimmy Page got the opportunity to play with the Who. However, his second recording with the band wasn’t entirely encouraged by their eagerness to collaborate; it was instead out of necessity. Let’s take a look at the story of how the Led Zeppelin guitarist was the Who’s only choice to jam with for their song named ‘Bald Headed Woman’ together. 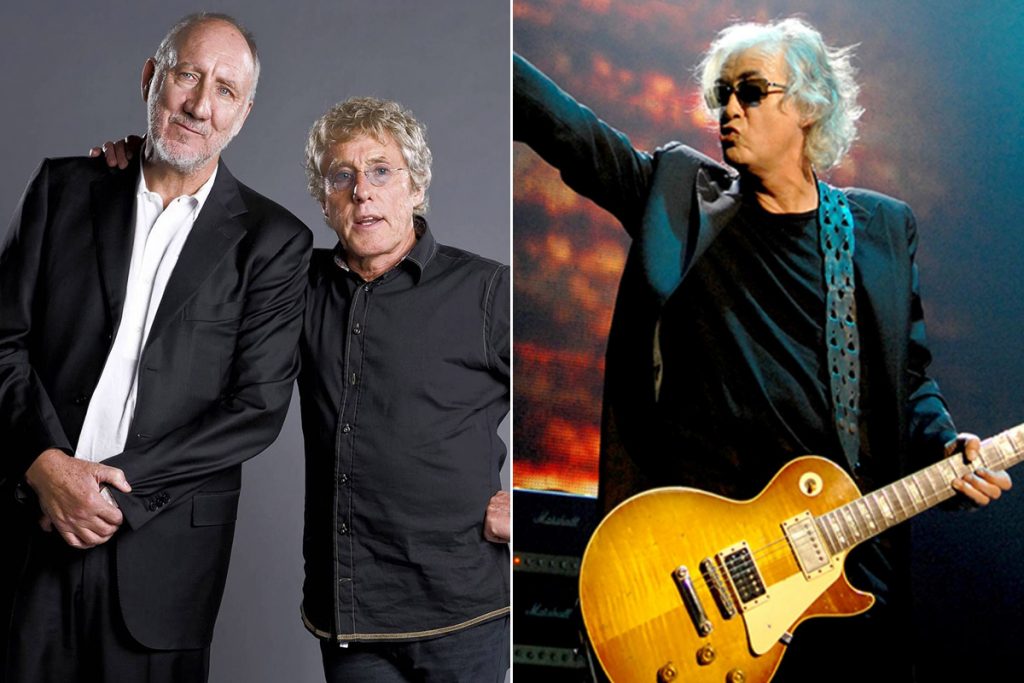 ‘Bald Headed Woman‘ is a traditional blues song that numerous artists have covered, including the Kinks, who played it on their eponymous debut album in 1964, Harry Belafonte, and Hep Stars. One of the musicians who released the song is also the Who, after their record producer Shel Talmy convinced the band.

After the Who was persuaded to record the song, the band had to find Fuzzbox necessary to play ‘Bald Headed Woman.’ Because Jimmy Page was the favored session guitarist of Talmy and he happened to be the only guitarist who owned a Fuzzbox in the United Kingdom, he was brought into the recording sessions to play.

Entwistle’s statement in ‘The Who on Record: A Critical History‘ follows:

“The Fuzz guitar droning throughout is played by Jimmy Page; the reason being, he owned the only Fuzzbox in the country at that time. The words express my sentiments exactly; a bald-headed woman would make me pretty mean, too. My favorite part of this track is the opening of the harmonica solo, where Roger puts the harmonica into his mouth the wrong way around.”

The song became one of the band’s traditional and most pleasing rhythm and blues recordings, and it reached no. 8 on the UK Singles Chart. ‘Bald Headed Woman’ also gained popularity in the United States, reaching no. 93 on the Billboard Hot 100. However, the song was never featured in an album until it was included in the Who’s 1987 compilation album named ‘Two’s Missing.’

You can listen to ‘Bald Headed Woman’ below.