The Story Of Magnificent Masterpiece Of Freddie Mercury: Bohemian Rhapsody

Every rock fan has a deep admiration for Queen since they are one of the greatest bands in the history of rock music, if not the history of music. The British band has been a global phenomenon in popular culture for more than four decades. Queen is also one of the world’s best-selling music artists with an estimated record sales ranging from 170 million to 300 million.

Throughout their exceptional music career, the band released numerous monumental studio albums such as ‘Sheer Heart Attack,’ ‘Jazz,’ and ‘Queen.’ However, many fans refer to their 1975 album, ‘A Night At The Opera‘ as their best record ever thanks to the tracks like ‘Death On Two Legs’ and ‘My Best Friend.’

Yet, there’s one track from that album that has the most special place in every Queen fans’ heart. That song is undoubtedly ‘Bohemian Rhapsody’ and we’re here today to hear the making story of this anthem by those who created it. Let’s take a look at the time when Roger Waters and Brian May revealed the making of the song as well as the true creator of it together.

‘Bohemian Rhapsody’ Is The Most Legendary Song Of Queen

‘Bohemian Rhapsody’ was written by lead singer Freddie Mercury for the band’s fourth studio album ‘A Night at the Opera.’ The six-minute-long song is primarily known for its long chorus and consisting of several sections, an intro, a ballad segment, an operatic passage, a hard rock part, and a reflective coda all of which create the legendary track into a harmonic anthem.

When it was first released, the track topped the UK Singles Charts for nine weeks and had sold more than a million copies by the end of January 1969. Following Mercury’s passing, the song topped the charts for another five weeks which made it the UK’s third best-selling single of all time. In addition to the United Kingdom, ‘Bohemian Rhapsody’ topped the charts in numerous countries including Canada, Australia, New Zealand, Ireland, and the Netherlands, and sold over six million copies worldwide.

Although the critical reaction to the song was initially mixed, ‘Bohemian Rhapsody’ has since become Queen’s most popular song and is considered one of the greatest rock songs of all time. Furthermore, it has appeared in countless reader’s polls of the greatest songs in popular music. No surprise why it became the most streamed song from the 20th century, or why it had been downloaded or streamed over 1.6 billion times.

Brian May And Roger Taylor Revealed The Making Of The Song 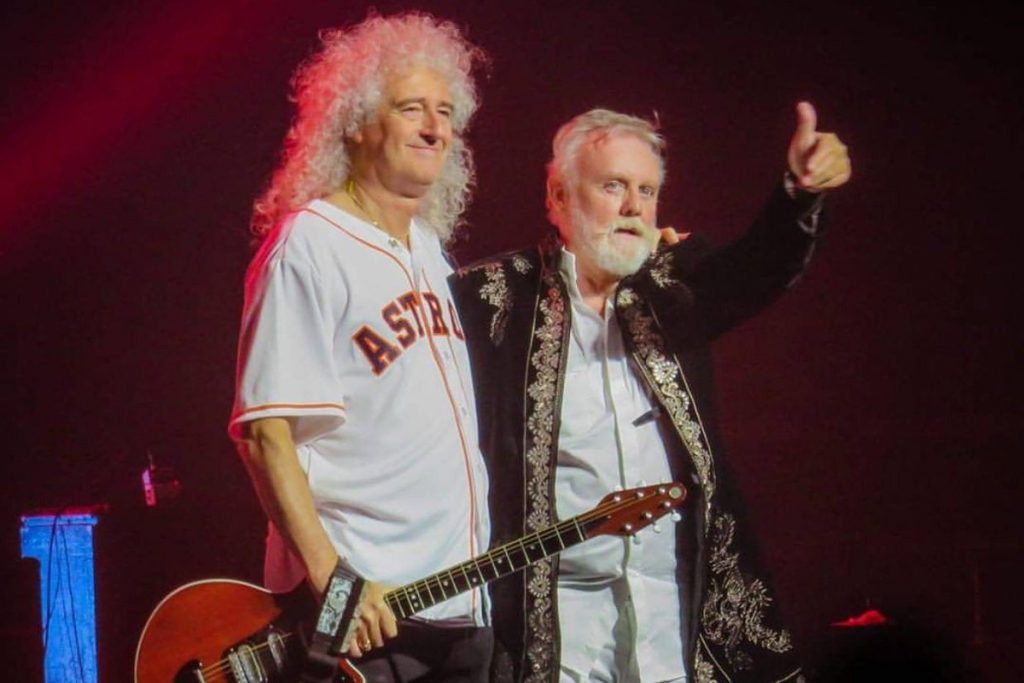 While there are countless speculations about the meaning behind the track including that the song represents the coming out of Freddie Mercury, the truth is quite far from it. Following the release of ‘The Making Of Plus 30th Anniversary DVD Edition Of A Night At The Opera,’ Queen also released a video in which drummer Roger Taylor and guitarist Brian May opened up about the making of ‘Bohemian Rhapsody’ as well as the team.

The success of the track is crystal clear and band members take no credit for the creation of ‘Bohemian Rhapsody’ except for stressing the mastermind behind the monumental song is no other than Freddie Mercury himself. While both Queen members stated that they contributed to the song with their parts, it was Mercury who directed the making of the song in addition to writing the lyrics for the 6-minute-long track.

In the documentary, May stated:

“It was really Freddie’s baby from the beginning. He came in and knew exactly what he wanted. The backing track was done with just piano, bass, and drums, with a few spaces for other things to go in… Freddie sang a guide vocal at the time, but he had all his harmonies written out, and it was really just a question of doing it.”

According to numerous sources, Freddie Mercury once opened up about the reason and story behind ‘Bohemian Rhapsody’ during an interview. Apparently, the musician’s intention was just to create a mock opera and the meaning can vary from listener to listener.

“It’s one of those songs which has such a fantasy feel about it. I think people should just listen to it, think about it, and then make up their own minds as to what it says to them. Bohemian Rhapsody didn’t just come out of thin air. I did a bit of research, although it was tongue-in-cheek and it was a mock opera. Why not? I certainly wasn’t saying I was an opera fanatic and I knew everything about it.”

This answer may disappoint many fans as they often want a miracle reason behind such a legendary song. However, it makes sense once you think about it since the song is personal and special to every single Queen fan. Thanks to the genius Freddie Mercury and his artistry, the world now has one more work of art. Members of the band as well as the other members of the team should be mentioned as Mercury didn’t create ‘Bohemian Rhapsody’ on his own. Yet, he is the unquestionable mastermind behind it.

You can watch the making video and listen to ‘Bohemian Rhapsody’ below.