Beautiful and talented actress, singer, and former model Liv Tyler has numerous assets in her career. Such as her iconic role of Arwen Undómiel in the Lord of the Rings film trilogy, serving as a UNICEF Goodwill Ambassador for the United States since 2003, and providing featured vocals for many musicians.

Outside of her acting, modeling, and singing career, Liv Tyler is also known for her famous parents. Her father is the Aerosmith lead singer Steven Tyler, and her mother is the legendary model Bebe Buell. However, Liv grew up thinking another musician was her father, Todd Rundgren. Let’s take a closer look at this complicated love triangle and see why the successful actress lived for 11 years without knowing her biological father. 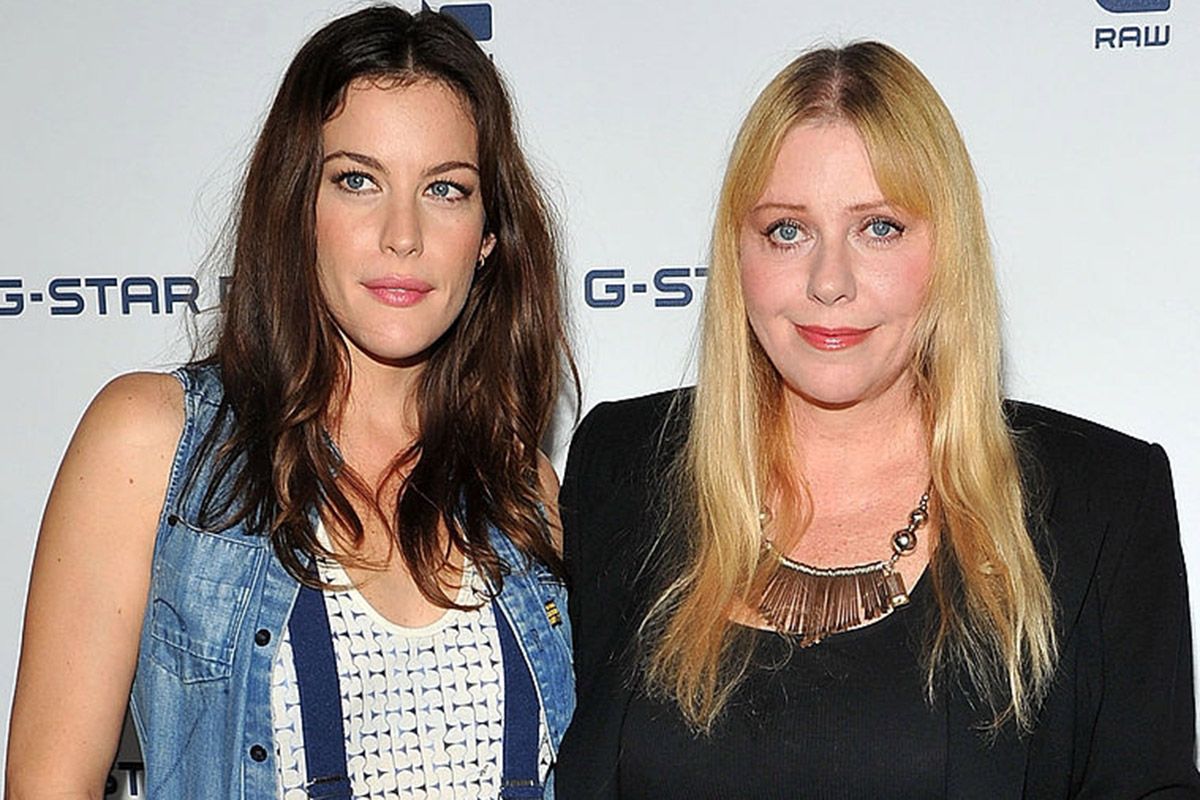 While Bebe Buel was an iconic model and muse to many rock musicians in the 1970s, she gained recognition after her publicized relationship with musician Todd Rundgren from 1972 until 1978. When the couple was on a break, Buel left their home for weeks, hanging out with Aerosmith members. However, she called Rundgren one day to tell him she was expecting his baby.

Yet, this was not true as Bebe Buell was carrying Steven Tyler’s child, and their daughter Liv was born in July 1977. Despite parting ways in 1978, Rundgren maintained this white lie that he was Liv’s father and pretended to be her biological father until Liv was 11 years old. While Bebe Buell and Todd Rundgren agreed on keeping Steven Tyler a secret from Liv Tyler due to his excessive drug abuse, they also agreed to tell Liv the truth when she was 18 years old. However, their plan didn’t work like planned when Liv met her biological father at the age of 8.

Despite being young, Liv noticed a strong physical resemblance between herself, Steven Tyler, his daughter, Mia. In August 1988, shortly after Liv’s 11th birthday, she confronted her mother and learned the truth about her biological dad.

From then on, little Liv changed her name from Liv Rundgren to Liv Rundgren Tyler, and fortunately for her, she and the Aerosmith frontman began to cultivate a father and daughter relationship. Meanwhile, Liv also stayed in touch with her adoptive father, for whom she still feels grateful, as she revealed during an interview with The Guardian back in 2017.

During the interview, Liv said:

“I’m so grateful to Todd for choosing to be a father figure to me. It’s a big thing for a man to say, ‘I know this kid might not be mine, but I still want to be her father.’ Although he and my mom weren’t together, he was always a very stable, loving force in my life.”

During that same interview, the talented actress stated that she instantly felt a connection when she first met Steven Tyler. According to her, the resemblance between her and her father and her half-sister Mia Tyler was uncanny regarding their appearances and mannerisms. Furthermore, Liv described the first moment she met her biological father as an epiphany which must have been a magical moment.

In her own words, Steven Tyler’s daughter stated:

“When I realized that Steven was my father, it was a moment that was bigger than me, it was almost spiritual. When you meet kin, there is an energy and sparkle between your bodies. It must be chemical somehow – DNA and genes. I felt a connection in a very strong way when I met him as a little girl and I didn’t know why at first, but I figured it out rather quickly.

Steven and I look so alike and we do things in the same way. It was fun getting to know his side of the family. My sister Mia will just move her hand in a certain way and the mannerism is so like mine, it’s crazy.”

Liv Tyler is fortunate to have Todd as a father figure in her life and maintaining a good relationship with Steven Tyler. Although their relationship didn’t start off great, Liv now has a father who’s there for her because he chose to be and a father with whom she feels a deep connection to, which is a blessing, according to her.