Jack White is known as the lead singer and guitarist of the White Stripes, which he had found with his ex-wife, Meg White. The band was famous for its successful blending of punk, rock, country, and blues sounds. The duo’s popularity began to grow with their first two albums, but their breakthrough album was their third one, ‘White Blood Cells,’ released in 2001. They gained substantial commercial popularity and critical success with that record.

It shaped the band’s role in the music world and is still considered among the most influential albums of the 2000s. After releasing their latest album, ‘Icky Thump,’ in 2007, the duo was on hiatus from late 2007 to early 2011. They announced in February 2011 that they would no longer continue as the White Stripes. During the break, Jack White embarked on some side projects, and then he decided to pursue a solo career.

He stepped into his solo journey with his debut album, ‘Blunderbuss,’ in 2012. White released two more solo studio albums, respectively, in 2014 and 2018, and he will be back soon with two new albums, which are set to be released in April and July 2022. As a singer who likes engaging with various genres throughout his whole music career, it is not surprising to find out that Jack White has had a variety of influences. One of his earliest inspirations has been Bob Dylan, who has left an unforgettable mark in music history.

What Did Jack White Say About Bob Dylan’s Place In His Music Career? 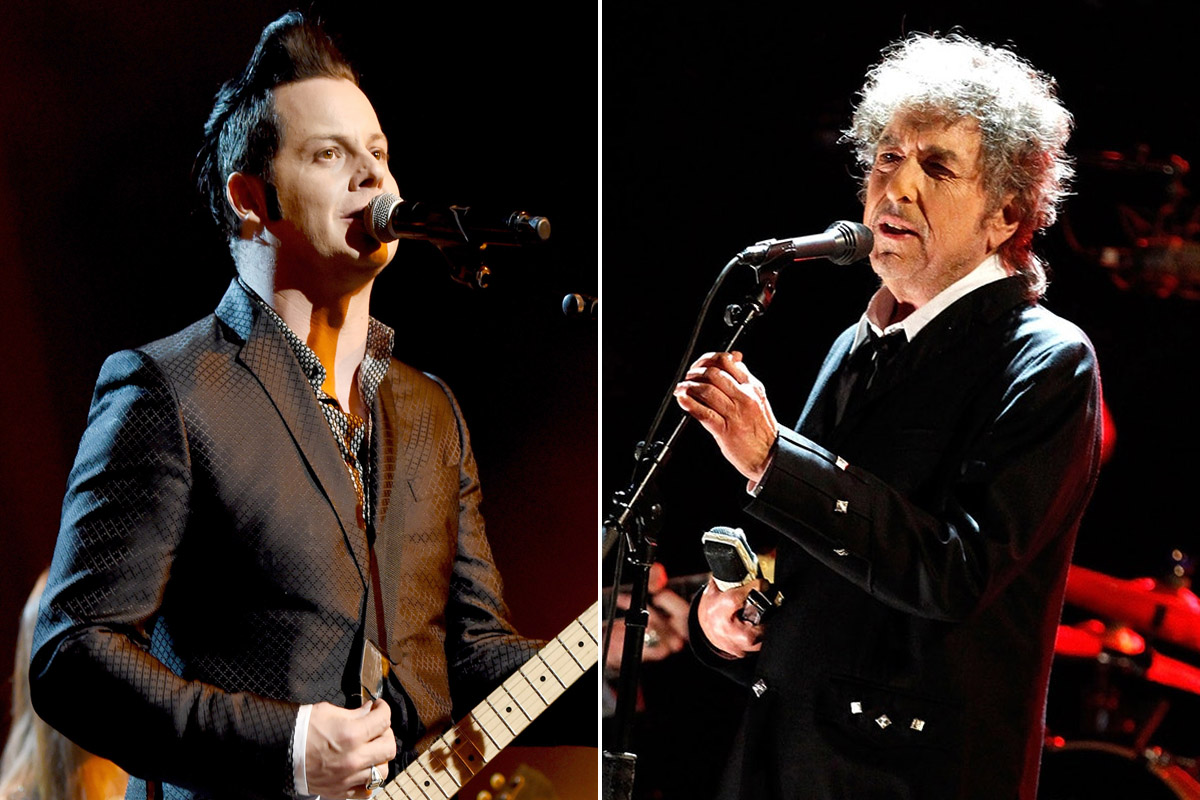 It would be fair to say that Bob Dylan changed the face of music by emphasizing the importance of lyrical content in music. He was also one of the first musicians who actively took a role on various social and moral issues. Dylan created a new poetic expression and successfully integrated it into his music. His songs always addressed social, political, and philosophical themes, so he has numerous musicians, including Jack White, following his path.

Back in 2014, Jack White joined an interview with Rolling Stone and reflected on his most prominent influences who helped him shape his sound over the years. After listing Flat Duo Jets, Led Zeppelin, Son House, and The Gun Club among his earliest influences, White talked about Bob Dylan’s significant influence in his musical life.

For him, Bob Dylan should be an influence for everyone interested in music at one point in their lives. Although Jack White’s music isn’t much parallel with Bob Dylan’s, he has always been an excellent inspiration for White. He also revealed that he doesn’t trust people who say they don’t like Dylan’s music since White thinks that it is impossible for someone who loves music not to appreciate his music.

Here is how Jack White talked about his admiration for Bob Dylan:

“Do not trust people who call themselves musicians or record collectors who say they don’t like Bob Dylan or the Beatles. They do not love music if those words come out of their mouths.”

It seems like Bob Dylan has an exceptional place in Jack White’s musical journey as he directly associates Dylan with good and quality music. White suspects of the musical ear of people who say they are not quite fond of Dylan’s music. He has a fair point when we think about the unique place Bob Dylan occupied in the history of music and culture.