There’s no doubt that the Hole lead vocalist Courtney Love has drawn major public attention with her highly publicized personal especially after getting married to Nirvana frontman Kurt Cobain. While the couple was the king and the queen in the grunge scene at the beginning of the 90s, whole things took a turn when Cobain committed suicide, and with the already crooked image of herself, Love sunk deeper with suing other band members of Nirvana and started a feud lasted for decades.

As many of you know, Courtney Love had an infamous relationship with Nirvana frontman Kurt Cobain as well as being one of the biggest figures in the alternative and grunge scenes of the 1990s as a lead vocalist. The couple most likely met around 1990, and they officially became a couple by 1992. Soon after Courtney and Kurt got married on Waikiki Beach in Honolulu, Hawaii on February 24, 1992. The controversial couple welcomed their first child on August 18, a daughter, Frances Bean Cobain, who was born in Los Angeles.

They were also famous for their notorious substance addiction and when combined with Kurt Cobain’s tendency to suicide, the inevitable incident happened and Nirvana lead singer was found dead at his home in Seattle, Washington, at the age of 27, on April 8, 1994. That’s when Courtney Love started to struggle and frequently displayed hysterical behaviors on stage, such as flashing crowds, stage diving, and getting into fights with audience members. However, her own attitudes weren’t the only subject of attention as she had a long time beef with other members of Nirvana, drummer Dave Grohl, and bassist Krist Novoselic after suing them over the band’s name and fortune. 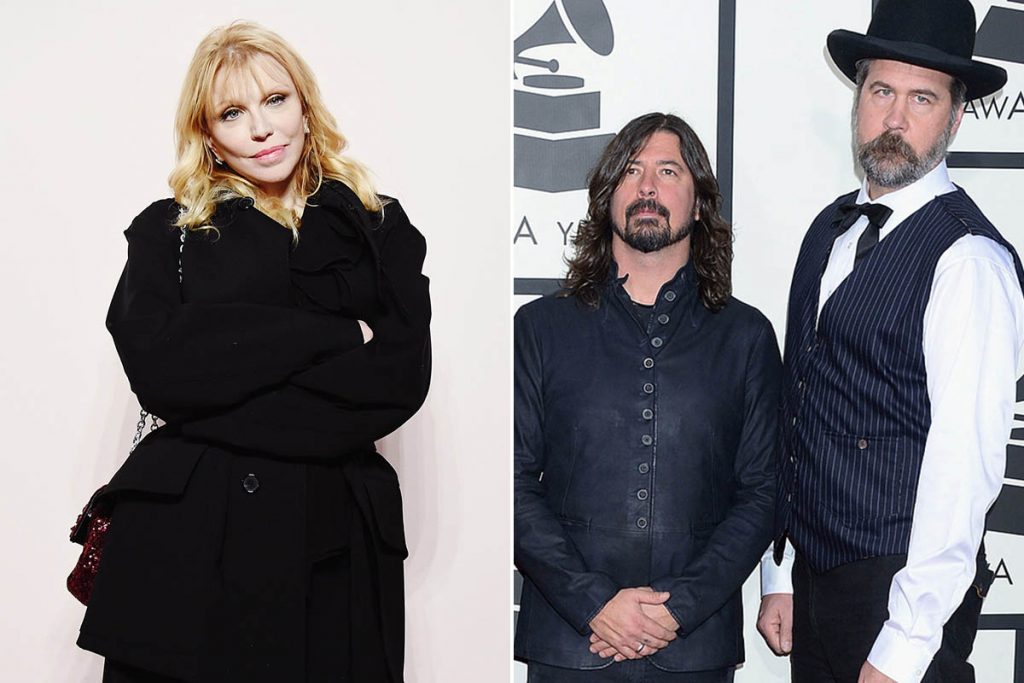 Despite having a close relationship with Nirvana members before the passing of Kurt Cobain, Courtney Love and Cobain’s former bandmates have been in a longtime dispute starting from the time when Love sued Grohl and Novoselic in 2001 to dissolve a limited liability company that had been previously established to control the band’s finances and other affairs which fueled the infamous rivalry.

As a reaction, both former members of Nirvana counter-sued Courtney Love in order to remove her from the limited liability company and that’s when things heated up between the two sides as Love got aggressive with a letter published by her stating that it was Kurt Cobain who created the band, therefore, the fortune of Nirvana rightfully belongs to the family of the late frontman.

Despite the lawsuit was later settled, the arguments over Nirvana brand and fortune didn’t seem to stop for the next few years, especially the dispute over the unreleased material of the band caused quite the trouble for the case. While the law side of the feud was already very juicy for the fans and the media to watch, Courtney Love added another accusation to the table, stating that Dave Grohl attempted to seduce her daughter, France Bean Cobain only to rescind her statement later which received major backlash at the time and widen the gap between her and Dave Grohl.

How Are Things Between Courtney Love And Dave Grohl Now? 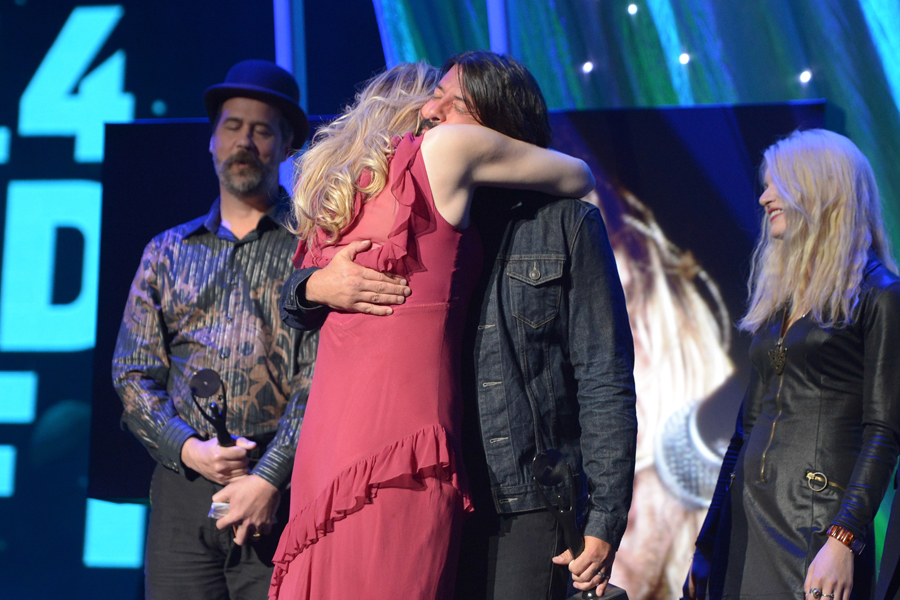 As some of you might recall, Nirvana was inducted into the Rock and Roll Hall of Fame on April 11, 2014, and the ceremony brought Courtney Love, Dave Grohl, and Krist Novoselic together which ended their longtime feud as all three took the stage. One of the most heartwarming moments was without a doubt when Love and Grohl hugged each other united once again through music and the person they had in common, Kurt Cobain.

Here is what Love said during the ceremony:

“This is my family I’m looking at right now. I just wish Kurt could have been here. Tonight he would have really appreciated it.”

A few months after the induction ceremony, Courtney Love made an appearance on Jimmy Kimmel Live and opened up about the current status of her relationship with Dave Grohl and stated that after two decades of suing each other, the two buried the hatchet and became friends like they used to be. Love even revealed that the two started texting and talking about a famous actress’s breast which both of them saw before.

Here is what Courtney Love said:

“A lot of people saw the Rock and Roll Hall of Fame where we hugged it out and it’s all good. We used to really like each other, and then there were twenty years where we sued each other and then we stopped. The other night we just started talking about this one actress’s boobs and we’ve both seen them at one point when she was twenty, they were the sexiest boobs in Hollywood. He’s seen them, I’d seen them and we just picked up where we left off after 20 years of suing each other. If you can give up a grudge like that ’cause it was a lot of crap that went on, I think anyone can do it.”

Despite the fact that the story of two former friends turning into enemies to each other isn’t unique, fans are mostly happy to see Dave Grohl and Courtney Love on good terms due to the respect of Kurt Cobain’s memory who most likely would love to see the love of his life and his best friend get along after his passing.

You can see Courtney Love’s interview with Jimmy Kimmel below.