Formed in 1973 by Paul Stanley, Gene Simmons, Ace Frehley, and Peter Criss, KISS has been in the music scene for almost five decades. They are no doubt one of the most prominent rock music acts of the mid and late 1970s with their shocking live shows, face paints, and unique stage outfits. Deciding to end their music career, in September 2018, the band sadly announced their final End Of The Road World Tour, which will reportedly be their farewell show.

Ace Frehley joined KISS in early January 1973 after he impressed the group with his audition. They then created their stage looks by wearing makeup and stage outfits, and Frehley created the logo of the band. During his tenure in KISS, Frehley also contributed to songwriting. Although his cotribution to songwriting began to increase in 1979, Frehley wasn’t content with the band’s musical direction. So, he left the band in 1982, which cost Paul Stanley and Gene Simmons a huge amount of money. Let’s learn the details. 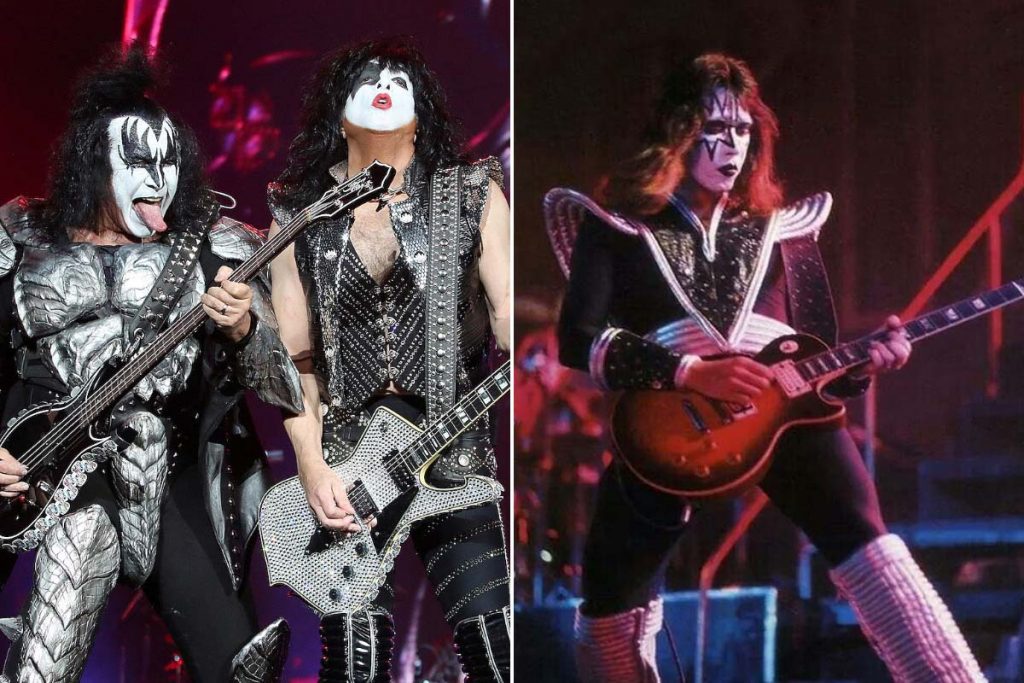 Ace Frehley was the original lead guitarist of KISS who invented The Spaceman persona. He played with the band from its formation in 1973 up until his departure in 1982. After his departure from KISS, Frehley pursued a solo career. He then rejoined the band in 1996 for a successful reunion tour but left again in 2002.

In a 2018 interview, Ace Frehley talked about the reason he quit KISS. He said that his first tenure in KISS was like a roller-coaster ride for him considering their busy schedule, partying, and heavy use of drugs and alcohol. Frehley then stated he wanted to jump out of that roller coaster because he thought he was going to crash.

Following that, the guitarist revealed that his decision to leave KISS in 1982 cost Gene Simmons and Paul Stanley $7.5 million. He stated Peter Criss had already left when he made the decision for his departure, and he cut the contract in half when he left. So, as a result, it went from $15 million to $7.5 million.

As reported by Blabbermouth, Ace Frehley stated the following during a live conversation on his decision to leave KISS:

“KISS in the seventies was just like this roller-coaster ride for me. I was holding on for dear life. We were just constantly busy, and the drugs and the alcohol and all the partying in conjunction with that type of schedule just started to get to me. By the early eighties, I just wanted to jump off the roller coaster because I thought I was going to crash.

I was sitting in my lawyer’s office prior to quitting the band. We had just gotten a $15 million contract. I’m talking to my lawyer going, ‘$15 million, that’s great, but every night I drive home to Connecticut, I want to drive my car into a tree because I’m not happy.’ He goes, ‘Okay, Ace, I hear that, but it’s $15 million.’

After about a half an hour, I said, ‘Look, you cannot spend money six feet under.’ He still didn’t get it. Unfortunately, when I left, they lost $7.5 million, which I feel bad about because the contract stated at least three of the four original members had to be in the band.

They had already let Peter Criss go, so when I decided to quit, I cut the contract in half and it went from $15 million to $7.5 million. I think they were a little mad at me about that.”

So, it seems losing their lead guitarist cost Gene Simmons and Paul Stanley a pretty penny back then. However, KISS continued to make music up until now, and currently, the band’s estimated net worth is $300 million.