The Four Musicians Lzzy Hale Would Hire To Her Secret Supergroup

Being a woman in the rock scene is quite challenging, to say the least. Creating a space for yourself in the industry, being taken seriously for your craft, and trying to break the stereotypical image associated with being a rock lead are only some of the problems encountered by female musicians. Many frontwomen have been instrumental in paving the path for the next generations of women rockers, including Lzzy Hale.

The frontwoman of Halestorm has endured many obstacles and prejudices due to her gender and presence on stage. Still, she has come out the other side and achieved worldwide fame without adapting to the norms. Hale, who has broken almost every rule in the rock business, also dreams of being a part of a women’s supergroup alongside four rockers who have contributed tremendously to the rock ‘n’ roll scene. 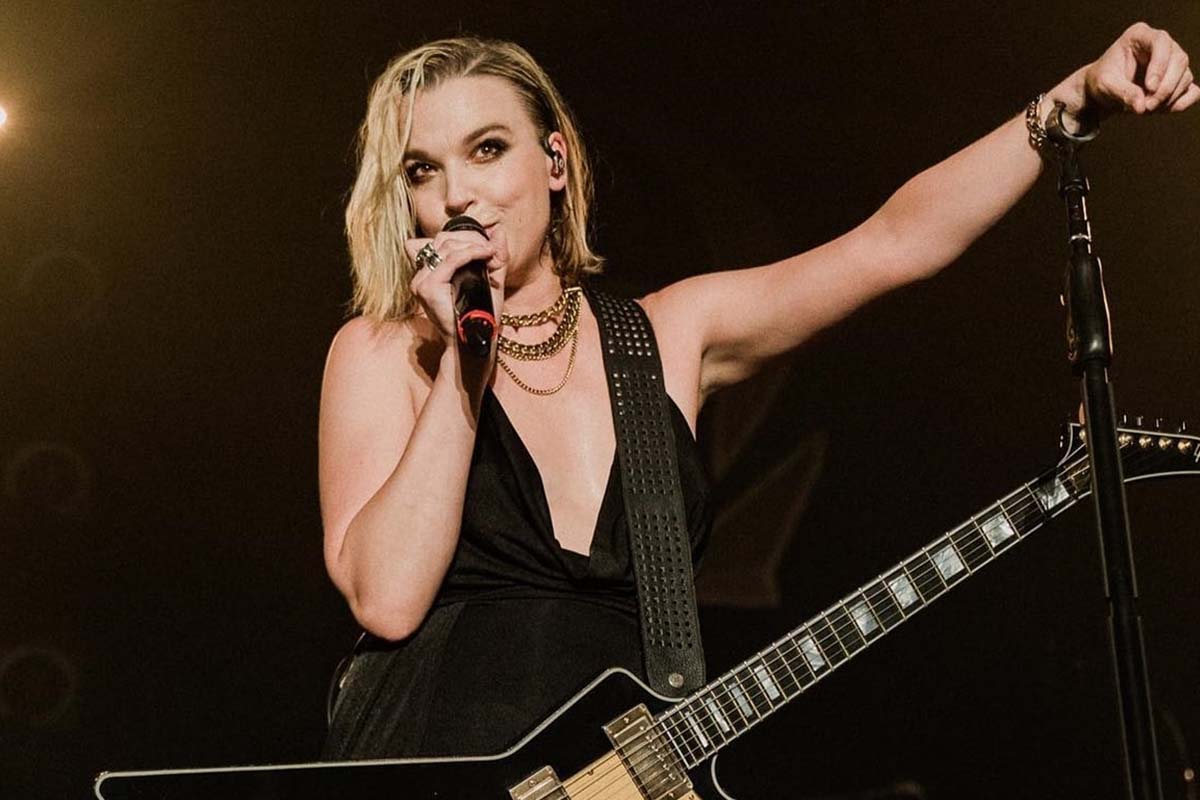 Hale had revealed to the Saginaw News in 2011 that she had a dream to bring together her four favorite women rockers to form a supergroup that would be a modern version of the cult ’70s band the Runaways. She revealed that her dream all-female supergroup would include Sick Puppies’ bassist Emma Anzai, guitarist and vocalist Orianthi, and Skillet’s Jen Ledger and Korey Kooper.

“It’s funny; we secretly talk about it when we hang out,” admitted Lzzy Hale while speaking about finding a role model as a female musician in the rock scene. “The truth is that here we are, women in rock, and most of our influences come from our parent’s generation.”

Lzzy Hale explained that the female musicians she listed were praised for having a positive impact on the music industry, especially the rock scene. She said, “There are so many of us out there, talented women making it in the business. We’re breaking the rules in a business that hasn’t had any real rules before. You can put a short skirt on anybody and go for cute, but this is a nice, refreshing trend. They inspire me to do better.”

Even though Lzzy has expressed her happiness for being a member of Halestorm, it seems clear that she has also craved to be in an all-female band, since her bandmates probably struggle to understand the difficulties of being a female artist in a male-dominated industry.

As over ten years have passed since Hale revealed her dream to form a supergroup featuring Emma Anzai, Orianthi, Jen Ledger, and Korey Kooper, it is unsure whether it will ever come to fruition. However, there is no doubt that their collaboration would be sensational and increase the representation of women in the rock world.