One of the most iconic rock bands, The Eagles‘ founding members Glenn Frey, Don Henley, Bernie Leadon, and Randy Meisner, started to hit the rock stage in the ’70s after Linda Ronstadt and her then-manager John Boylan invited them to join her for some concerts. So their offer became the beginning of a band like The Eagles, which would gain worldwide fame and great commercial success thanks to their hit records.

The Eagles produced countless songs that became very popular, and millions of people listened to them regardless of their age and nationality. The most known ones can be considered ‘Take It Easy,’ ‘Witchy Woman,’ ‘Lyin’ Eyes,’ ‘Take It to the Limit,’ and ‘Hotel California,’ which are also often cited as their fans’ favorites. However, the band’s co-lead singer Glenn Frey had a different idea.

Which Song Would Glenn Frey Choose Instead Of ‘Hotel California’ And ‘Take It Easy?’ 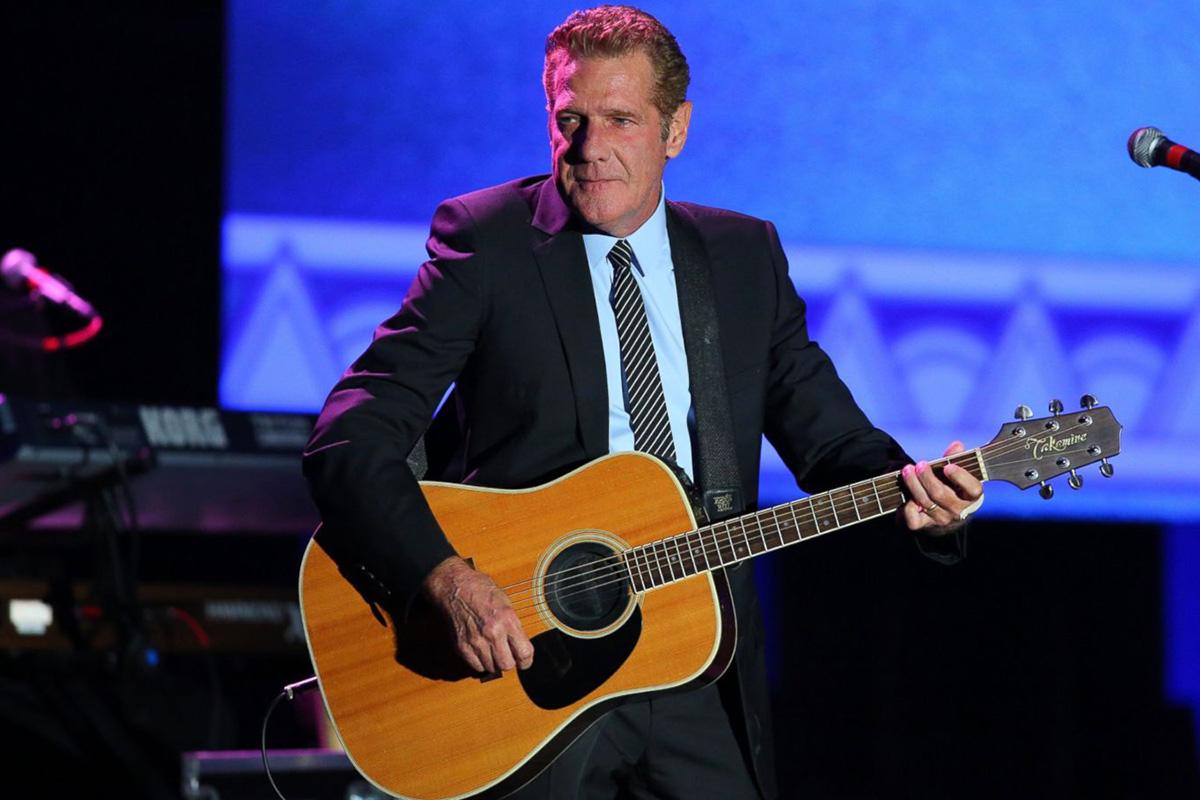 The Eagles released their debut studio album ‘Eagles’ on June 1, 1972, and since its first release, it contributed a lot to the band’s fame and success. It took place on Rolling Stone magazine’s list of the 500 greatest albums of all time and is among Rock and Roll Hall of Fame’s 500 Songs That Shaped Rock and Roll. The album’s tracks, ‘Take It Easy,’ ‘Witchy Woman,’ and ‘Peaceful Easy Feeling’ reached Top 40 on the various charts.

Many music critics and rock music lovers primarily define ‘Take It Easy’ as the band’s signature song with its country-rock style. Jackson Browne and Glenn Frey wrote the song, and Frey served as its lead vocalist. Therefore, the singer’s extraordinary way of performing the track made his voice unforgettable for the fans. However, this wouldn’t be the only iconic song that The Eagles members wrote and composed.

In addition to ‘Take It Easy,’ The Eagles’ another milestone work can be regarded as ‘Hotel California,’ released on the band’s fifth studio album of the same name on December 8, 1976. Almost everyone knows the song’s melody and lyrics, even those who have never heard of the band. It won a Grammy award for Record of the Year, and it became an irreplaceable part of The Eagles’ everlasting legacy.

However, The Eagles icon Glen Frey’s all-time favorite song is ‘One of These Nights,’ which belongs to the band’s fourth studio album, and he revealed it in the liner notes of ‘The Very Best Of.’ Don Henley and Glenn Frey wrote the song, and Henley sang it while Frey was serving as the backing vocalist. He stated the song reflects their improvement, ‘quantum leap,’ and breakthrough in their careers, and that’s what he chooses this song over ‘Hotel California’ and ‘Take It Easy.’

In Frey’s words, he stated:

Consequently, as it can be stated from Frey’s words about The Eagles’ legendary songs and choosing a lesser-known one, the singer has a different music taste than most of the band’s fans. Even though ‘One Of These Nights’ was successful and popular too, it was an underrated work considering the popularity and success of the other two songs.