There are plenty of legendary Beatles songs that fans name as their favorite. While the list can be extensive, there’s one particular track entitled ‘Blackbird,’ which has a meaningful story behind it. Its lyricist Paul McCartney wrote the song to give hope to those hurt by racial discrimination in the United States.

The song stands as one of the best examples of the Beatles’ inspiring lyrics, and McCartney specifically reflected on this matter during an interview. Today, we’re here to break the song’s entire story and McCartney’s statement about the relation of the track to the band’s overall legacy that’s different from many other rock bands.

Why Did Paul McCartney Write ‘Blackbird’?

‘Blackbird’ is a song by the Beatles featured in their 1968 double album ‘The Beatles,’ written by Paul McCartney and credited to Lennon–McCartney partnership. Although McCartney has given various statements regarding his inspiration for the song and its meaning, his recent comments reveal that he was influenced by the racial tensions escalating in the United States during the spring of 1968.

The song’s title could be interpreted as ‘black girl,’ which turns it into a song supporting the Black Power movement rather than a simple love song. Along with other tracks of the band, such as ‘Helter Skelter,’ ‘Blackbird’ is considered one of the Beatles’ masterpieces, representing the band’s socially conscious lyrics thanks to its deep meaning. Hence, McCartney has performed this applauded song on every one of his concert tours up to this date. 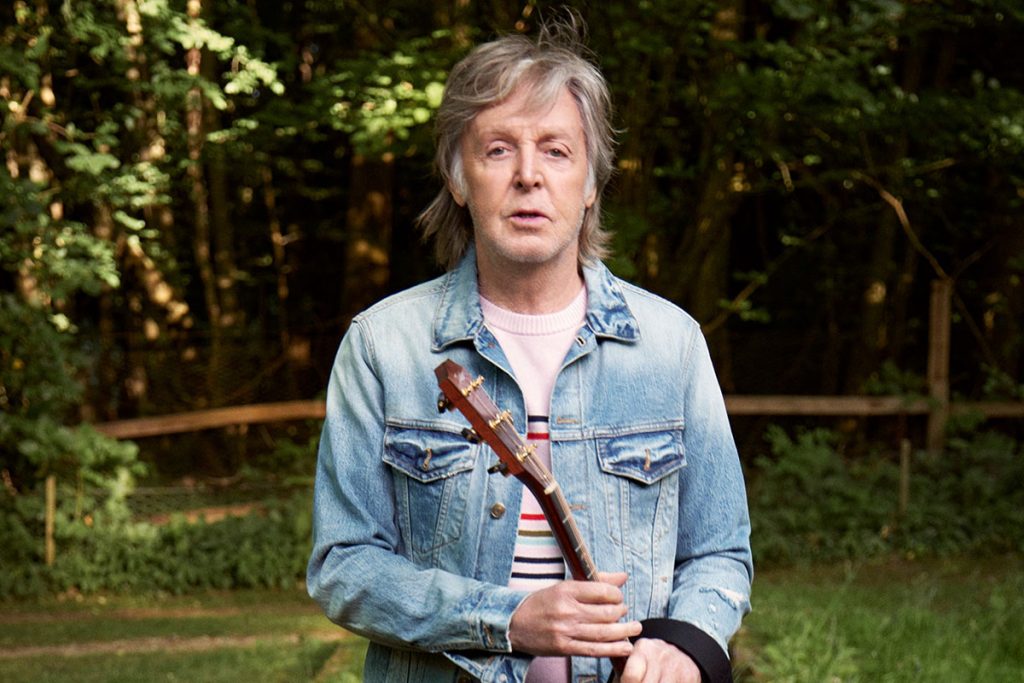 During a 2018 interview with GQ, Paul McCartney opened up about the stories behind the iconic songs throughout his career. One of those tracks was ‘Blackbird‘ as the list wouldn’t be complete without it. The musician initially explained the inspiration behind the song, saying the civil rights struggles in the United States influenced him.

McCartney then stated that he wanted to write a song to give people experiencing discrimination hope which is why he used the title ‘Blackbird.’ He aimed to demonstrate a black girl going through those challenging times but persevered and achieved freedom by using her wings. Speaking of this song with a powerful message behind it, McCartney also reflected on his former band’s music.

According to the musician, one of the things he’s most proud of about the Beatles is the band’s messages in their work, which were always highly positive. McCartney also didn’t forget to mention that the band was never about creating songs that went hand in hand with rebellious rock statements. Instead, they always focused on spreading optimistic messages, which makes them unique.

“I was sitting around my acoustic guitar, and I’d heard about the civil rights troubles that were happening in the 1960s in Alabama, Mississippi, Little Rock, in particular. So, that was in my mind, and I just thought, ‘It’d be really good if I could write something that if it ever reached any of the people going through those problems, it might kind of give them a little bit of hope.‘ So, I wrote ‘Blackbird.’ In England, a bird is a girl, so I was thinking about a black girl going through this time to arise and set free.

One of the nice things about music is that you know a lot of people listening to you are going to take seriously what you’re saying in the song. I’m very proud of the fact that the Beatles’ output is always really pretty positive. There’s hardly anything in there that sort of says, ‘Go on, screw your parents’ or whatever. It’s always pretty ‘Let It Be,’ ‘Hey Jude,’ ‘Blackbird.’ It’s hopefully a good message. I particularly like that.”

You can watch the interview and listen to ‘Blackbird’ below.