James Hetfield Or Lars Ulrich: Who Is The Richest Metallica Member In 2021?

Metallica, one of the most iconic and influential bands in the music industry, has a career that spans over four decades including numerous monumental albums such as 1984’s ‘Ride the Lightning,’ 1988’s ‘…And Justice For All,’ and obviously 1986’s ‘Master of Puppets,’ along with plenty of chart hits and rock classics like ‘Creeping Death,’ ‘One,’ and ‘For Whom The Bell Tolls’ all of which shaped the future of thrash metal.

One of the best-selling music acts of all-time was founded in 1981 by lead vocalist James Hetfield and drummer Lars Ulrich, later to be joined by current members, lead guitarist Kirk Hammett, and bassist Robert Trujillo. Right from the start, Metallica already had a fanbase in the underground music community which helped the band with its first five albums, bringing even greater success.

Metallica is also one of the most active bands of all time as they released ten studio albums, four live albums, a cover album, five extended plays, 37 singles, and 39 music videos so far. Thanks to their incredible triumph work, the band has won nine Grammy Awards from 23 nominations, and its last six studio albums have consecutively debuted at number one on the Billboard 200.

With their loyal fanbase and extremely loved music, Metallica, the third best-selling music artist, happens to be one of the most commercially successful bands of all time, having sold over 125 million albums worldwide as of 2018. Their success was crowned by many magazines as Rolling Stone put Metallica on its 100 Greatest Artists of All Time list.

It is not a surprise that Metallica members all have quite an impressive net worth when you take into consideration of their endless achievements. As a matter of fact, two of the band members, frontman James Hetfield, and drummer Lars Ulrich are two of the richest rock stars in the world.

Metallica co-founder, rhythm guitarist, and lead vocalist James Hetfield has always been in the spotlight thanks to his incredible guitar playing along with his marvelous vocal performances both of which were recognized by many magazines as Hetfield is among the bests at what he does.

As you might know, Metallica frontman first met music when he started taking piano lessons at a young age and realized he’s into rock and roll when he was only fourteen years old. As a young musician James Hetfield was a member of a few bands such as Leather Charm and Obsession before his career took off with Metallica.

In addition to numerous albums and tracks that broke selling records, Metallica has performed on all seven continents numbering live events every year in a total of over 1,600 shows, starting with their first live gig at Radio City, Anaheim in March 14, 1982. The outstanding income source from Hetfield’s music career, naturally, added fortune to his net worth.

Along with his exceptional music career, James Hetfield owns an extremely valuable real estate portfolio in Marin County, Vail, and in Maui, Hawaii. Hetfield has thousands of acres of open land on which he submitted plans to build four single-family homes on his property, each between 5,000 and 8,000 square-feet on 10-acre lots back in 2011. However, Hetfield did not forget to donate a portion of his land to various non-profit land trusts over the years.

When you combine his music career filled with endless successful projects and his impressive real estate portfolio, James Hetfield has a net worth of $300 million which makes him one of the most wealthy rock star in the world, however, one of his bandmates has even more grand and net worth which may surprise you. 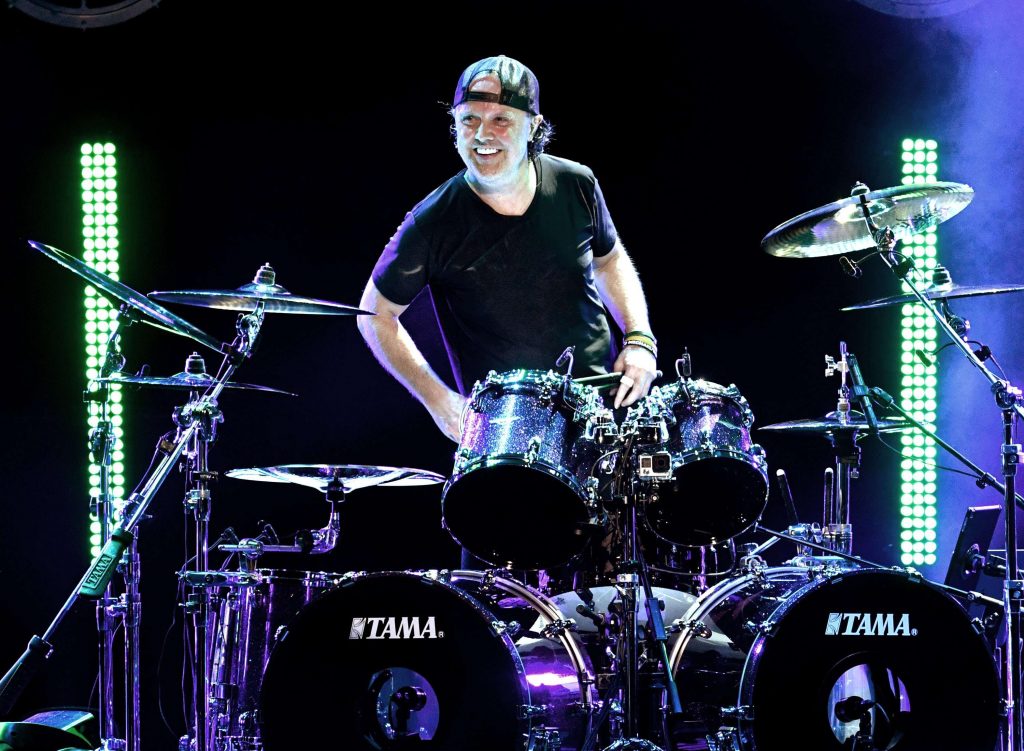 Lars Ulrich, Metallica co-founder, and the drummer was the actual person who started the opportunity for the band as he and frontman James Hetfield met and formed the band after Ulrich published an advertisement in The Recycler.

As many of you know, Lars Ulrich’s intentions when it comes to his professional career was to become a tennis player just like his father and grandfather, however, after moving to the United States from his hometown, Gentofte, Denmark, he decided to give up on his dreams as a tennis player and move on with his music career.

After discovering his taste in music and growing interest in legendary bands such as Y&T, Diamond Head, and Deep Purple, Metallica drummer decided to form a band, therefore, placed an advert in a local classifieds newspaper looking for musicians. Lucky for us, James Hetfield was one of the musicians to contact Ulrich and the two founded Metallica together.

Just like James Hetfield, Lars Ulrich also has an incredible income from the band’s never-ending success which has a major role in the famous drummer’s impressive net worth of $350 million, making him the richest member of Metallica, however, his music career is not the only factor in his net worth.

Two founders have another thing in common as Lars Ulrich also invested in real estate over the years, mostly bought gigantic mansions in California that worths millions of dollars. Along with large houses, Lars also owns 140 undeveloped acres of land in Marin County where he had been planning to build a huge modern home for over a decade, however, he listed the property for sale in 2015 for $39 million after being tired of fighting with local officials.

One thing that separates Lars Ulrich from his bandmates is he’s also an art collector whose collection once featured several works from Jean Michel Basquiat, as a matter of fact, the iconic drummer sold one of his Basquiats at auction in 2002 for $5.5 million.

What About Other Members of Metallica?

Just like his bandmates, lead guitarist Kirk Hammet has an undeniable net worth thanks to his music career with Metallica since 1983, and previous success with Exodus. Along with his musical success, the legendary guitarist chose to invest his fortune into real estate just like his other band members and Hammett owns a number of impressive homes primarily in the San Francisco area which explains his net worth of $200 million.

Unlike his bandmates, bassist Robert Trujillo has a rather small, yet impressive net worth of $30 million, mostly thanks to his exceptional music career throughout which he worked with iconic musicians such as Jerry Cantrell and Ozzy Osbourne, only to be the bass guitarist of Metallica since 2003.