From the very first years of their career, Guns N’ Roses earned the title of being the most dangerous band in the world, particularly considering their rebellious style that contradicts many other bands of the era. Even though their career was full of personal conflict between the band members, they still managed to become one of the best-selling acts of all time.

The legendary hard rock band Guns N’ Roses was formed by the members of Hollywood Rose, Axl Rose, and Izzy Stradlin, along with L.A. Guns members, Tracii Guns, Rob Garnder, and Ole Beach, in March 1985. Later in June, Slash was asked to join the newly-founded Guns N’ Roses along with Duff McKagan and Steven Adler replacing the founding members.

GNR released their debut album, ‘Appetite for Destruction,’ in 1987 which brought them mainstream fame a year after its release. The album included the band’s iconic songs such as ‘Welcome to the Jungle,’ ‘Paradise City,’ and ‘Sweet Child o’ Mine.’

The band faced many challenges throughout their career due to the departures of the members. However, after years of personal disputes between band members, Slash and Duff McKagan rejoined Guns N’ Roses in 2016. Most recently, in 2020, the band announced the upcoming ‘Guns N’ Roses 2020 Tour,’ which they had to postpone due to the coronavirus pandemic. Regardless of the challenges they faced, GNR members seemed to be doing quite well financially. One of them is doing way better than the others and takes his place among the richest rock stars in the world. 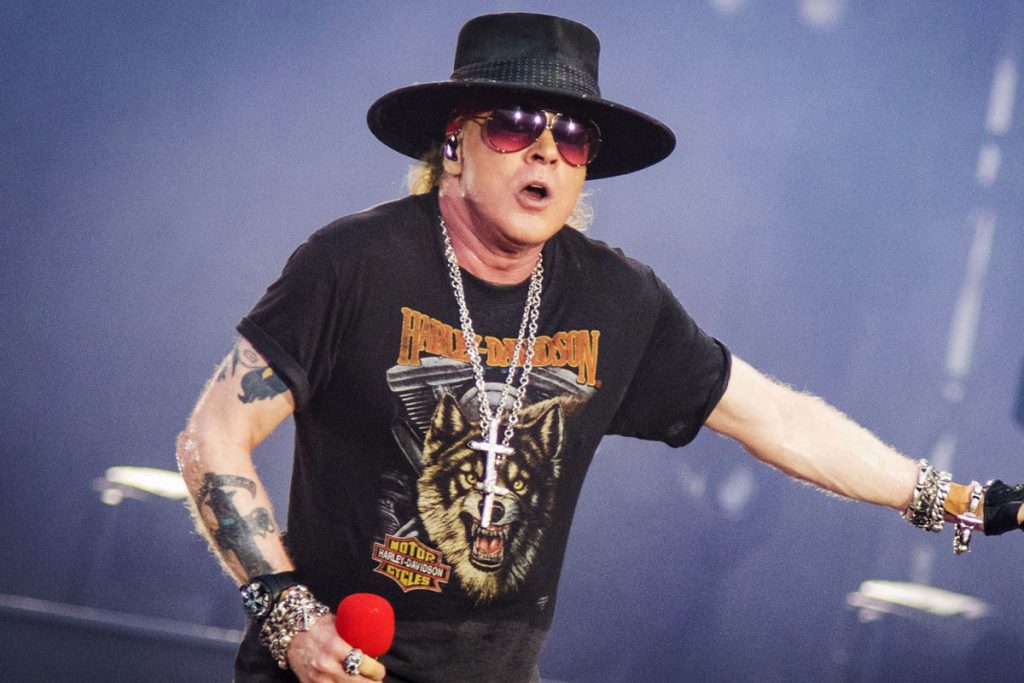 Guns N’ Roses co-founder and frontman Axl Rose is the richest member of the band with his net worth of $200 million. Rose is also number 36 on the list of ’50 richest rock stars in the world’ followed by George Micheal and Kirk Hammett.

Axl started his career by playing a band called Rapidfire with which he only recorded a demo consisted of five songs. Soon later he left Rapidfire to form his band, Hollywood Rose, along with his childhood friend Izzy Stradlin. In 1984, Rose joined L.A. Guns which led him to meet Tracii Guns with whom he founded Guns N’ Roses only a year later.

After a couple of changes made in the line-up, the members of Guns N’ Roses included Axl Rose, Izzy Stradlin, Slash, and Duff McKagan. Due to the several conflicts, Axl had with his bandmates, around the late 1990s, he remained as the only original member of the band performing since the foundation. After Slash and McKagan left and Matt Sorum was fired, Rose continued to hire new musicians which led to the release of ‘Chinese Democracy.’ In 2016, Slash and Duff confirmed to rejoin the band for the ‘Not in This Lifetime… Tour.’ 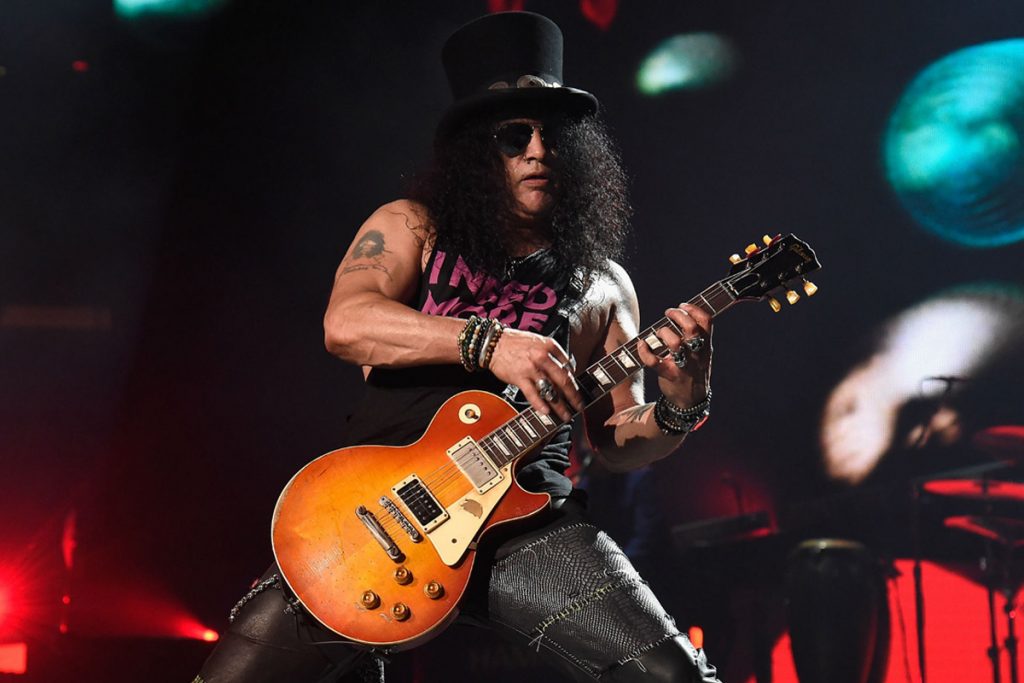 The lead singer of Guns N’ Roses, Slash has a net worth of $90 million which makes him the second richest member of the band. Considered one of the greatest guitarists of all time, Slash contributed to many hit songs of GNR with his unique guitar solos.

Tidus Sloan was Slash’s first band which he later left to form his band, Road Crew, along with his friend Steven Adler. He later recruited Duff McKagan to his band, however, he had to disband the group since they couldn’t find a lead singer. In 1985, Slash joined Guns N’ Roses after he was invited to the band by Axl Rose and Izzy Stradlin.

After recording iconic songs such as ‘Sweet Child o’ Mine,’ Slash left the band in 1996 due to the conflicts within band members and focused on his solo career. He worked with various important names including Michael Jackson. He founded a side project named Slash’s Snakepit with the contributions of Matt Sorum and Gilby Clarke.

In 2016, Slash rejoined Guns N’ Roses for a long-time world tour and remained as a member ever since. According to a previous article, both Slash and Axl Rose made $20 million each from the reunion tour. Slash also invested in real estate and he sold his house to rapper Big Sean for $8.7 million. 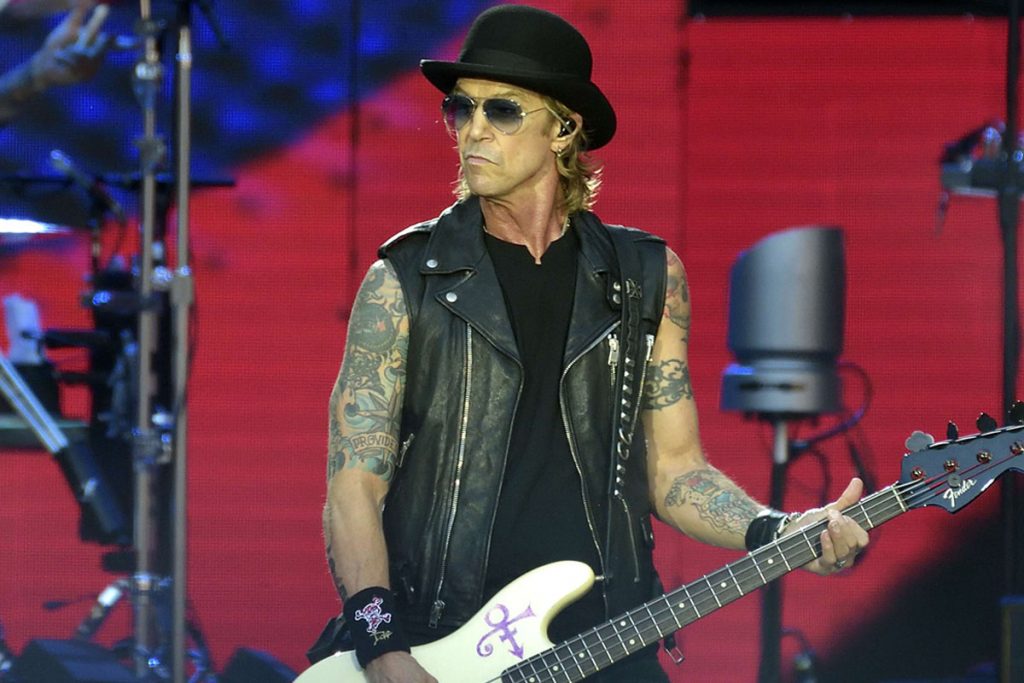 Guns N’ Roses bass player Duff McKagan is the third-richest member of the band with his net worth of $70 million. Although his financial status is quite well comparing to many other musicians of the era, Duff is making quite less than the frontman of his band, Axl Rose.

McKagan started his music career at the age of 15 when he founded the band called the Vains. Even though he was playing bass for the Vains, he later joined Fastbacks as their drummer. When he moved to Los Angeles in 1983, he met Slash and Steven Adler which paved the way for him to become the bassist of Guns N’ Roses.

A year after Slash left the band, Duff also quitted due to being a father recently and wanting to focus on parenthood. McKagan released three solo albums besides five studio albums he recorded with Guns N’ Roses. He also joined Alice in Chains and Jane’s Addiction for a short period of time during his career. Duff rejoined GNR for their show in Coachella in 2016 and the ‘Not in This Lifetime… Tour.’

McKagan is also known for making some smart decisions considering the investments he made with the money he earned from Guns N’ Roses. He invested in the stocks of the companies such as Amazon, Starbucks, and Microsoft in their early days.