Did Sting Earn His Insane Wealth By Screwing Over The Police Members? Here’s His Net Worth In 2021

Sting, one of the world’s best-selling music artists of all time, has one of the most impressive music careers that spans over five decades with the Police and as a solo musician which resulted in him being one of the top ten wealthiest rock stars in the world with a net worth of $400 million.

As many of you know, Sting joined Stewart Copeland and Henry Padovani to form the Police in January 1977 and the band had one of the most successful music careers an artists can only imagine from 19878 to 1983 including winning 6 Grammy awards, two Brit awards, having five UK chart-topping recordings, and countless more.

While the list of the band’s accomplishments is quite long and contributed a great portion to Sting’s extraordinary fortune as a member of the Police, the biggest achievement of the band must be releasing the monumental track, ‘Every Breath You Take’ with their final studio album, ‘Synchronicity.’

While the track is an ultimate golden goose for Sting since he holds all of the royalties of the song and received a great deal of money, it might sound unfair to other members of the band who recorded and released the song just like Sting and get nothing in return.

The ultimate love song, ‘Every Breath You Take‘ was released on May 20, 1983, as a track from the Police’s last studio album, ‘Synchronicity.’ The track was a hit right away as it topped the Billboard Hot 100 singles chart for eight weeks while reaching the Top 10 in numerous other countries.

The accomplishment of this iconic track seem to be endless since it was nominated for three Grammy awards, ended up winning the two, it was voted as the ‘Song of the Year‘ both by Rolling Stone critics and readers and Billboard in addition to being the best-selling single of 1983 and the fifth best selling single of the decades in the United States.

While there’s no doubt that the track was the biggest success of the Police, it must have brought a great amount of income to the band members by the time it was released to this day. However, it turned out that it’s the writer of the song, Sting who receives the royalties and all the income from the track without giving credit to other band members nearly for the past four decades.

Sting who took all the credit despite the fact that both Police members Stewart Copeland and Andy Summers contributed to the song when it comes to drums and guitar riff, has been receiving $2000 a day from ‘Every Breath You Take’ which muıst be contributing to his remarkable net worth of $400 million. 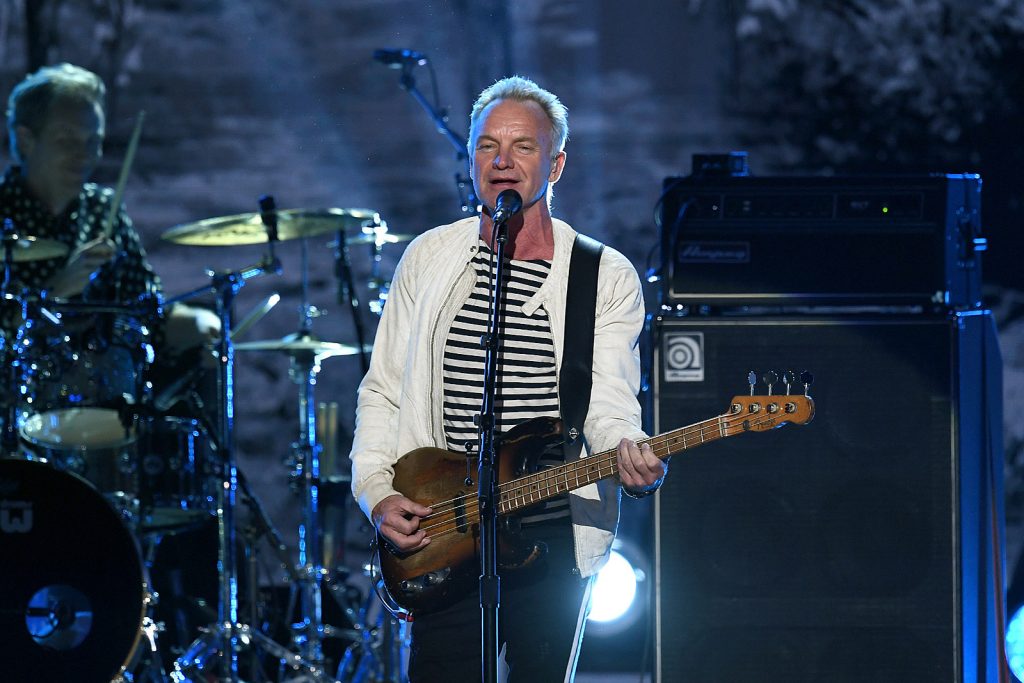 As many of you know, Sting has one of the most outstanding music careers with his former band, the Police with whom he worked for a decade, and as a solo musician nearly for the past four decades. Due to the fact that he has endless chart hits, monumental albums, and groundbreaking tours along with the major, continuous success of the track, ‘Every Breath You Take’ Sting has a net worth of $400 million.

As the lead singer and bassist of the Police, Sting contributed and released legendary studio albums such as 1979’s ‘Reggatta de Blanc,’ 1981’s ‘Ghost in the Machine,’ 1983’s ‘Synchronicity,’ and many more as well as his music as a solo musician all of which played a huge role in his wealth which put him into the list of ‘Top Ten Richest Rock Stars.’

You can listen to ‘Every Breath You Take’ right below.