The Eagles are one of the most successful bands in America, and they rose to prominence during the 1970s. The band was formed in 1971 by Glenn Frey, Don Henley, Bernie Leadon, and Randy Meisner. Joe Walsh joined as a guitarist and keyboardist after Leadon left the band in 1975 and contributed significantly to the Eagles. He was listed No. 54 on Rolling Stone’s 100 Guitarists of All Times. However, his talents do not stop at only playing the guitar since Joe Walsh is also a great songwriter.

The band released a huge hit single back in 1977, and their fame spread throughout the world. The Eagles have immortalized their legacy with the song ‘Hotel California,’ which is still highly popular. Some conspiracy theorists claimed this song was a praise to the Church of Satan yet, the writer, Don Henley, refuted this idea and stated that it’s about being in the rock music industry in Los Angeles.

The members of the band love talking about the meanings of the songs they wrote. In 2012, Joe Walsh attended The Howard Stern Show and talked about the best song he has ever written. In his opinion, the best song he created with the Eagles was ‘Life in the Fast Lane.’ Released in 1976 in their legendary album ‘Hotel California,’ the song revolves around the excessive way of living life.

The Explanation Of The Song’ Life in the Fast Lane’ 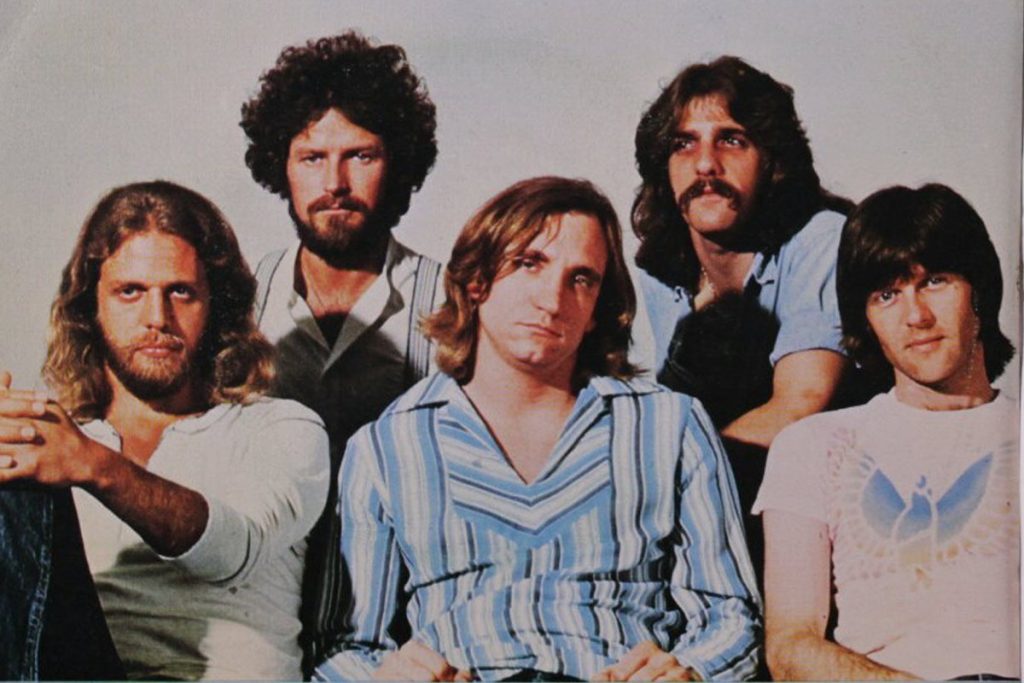 The song’s inspiration first came to Glenn Frey when he was in the car with a drug dealer who was driving. He was on the way to a poker game, and the driver started to go 90 miles per hour. Frey stated how fast they were going but, the driver didn’t slow down, yet exclaimed ‘Life in the fast lane!’ which became the song’s title.

Here is how he told the story in ‘History of Eagles‘:

“I was riding shotgun in a Corvette with a drug dealer on the way to a poker game. The next thing I know, we’re doing 90. Holding! Big-Time! I say, ‘Hey man!’ He grins and goes, ‘Life in the fast lane! Now there’s a song title.'”

‘Life in the fast lane!’ is about a couple who likes to live on the edge, and the lyrics talk about them risking their lives for fun. Frey and Henley mainly wrote the lyrics, but Walsh contributed largely by adding his legendary guitar riff. He came up with the riff while using a melody as a warm-up which he constantly played. When Henley heard Walsh practicing, he thought that this could actually be a song.

Here is what Walsh stated about his contribution to the song in 2016:

“We had a couple of false starts on stuff and hadn’t really found anything. But one night, I was in my dressing room getting ready for a show, and I had this one lick I’d play over and over as part of warming up. Because it’s really a hard lick to play.

He went and got Glenn, and I played it for them. Don and Glenn, but mostly Don, put the words together, and Glenn kind of arranged it. And there it was.” 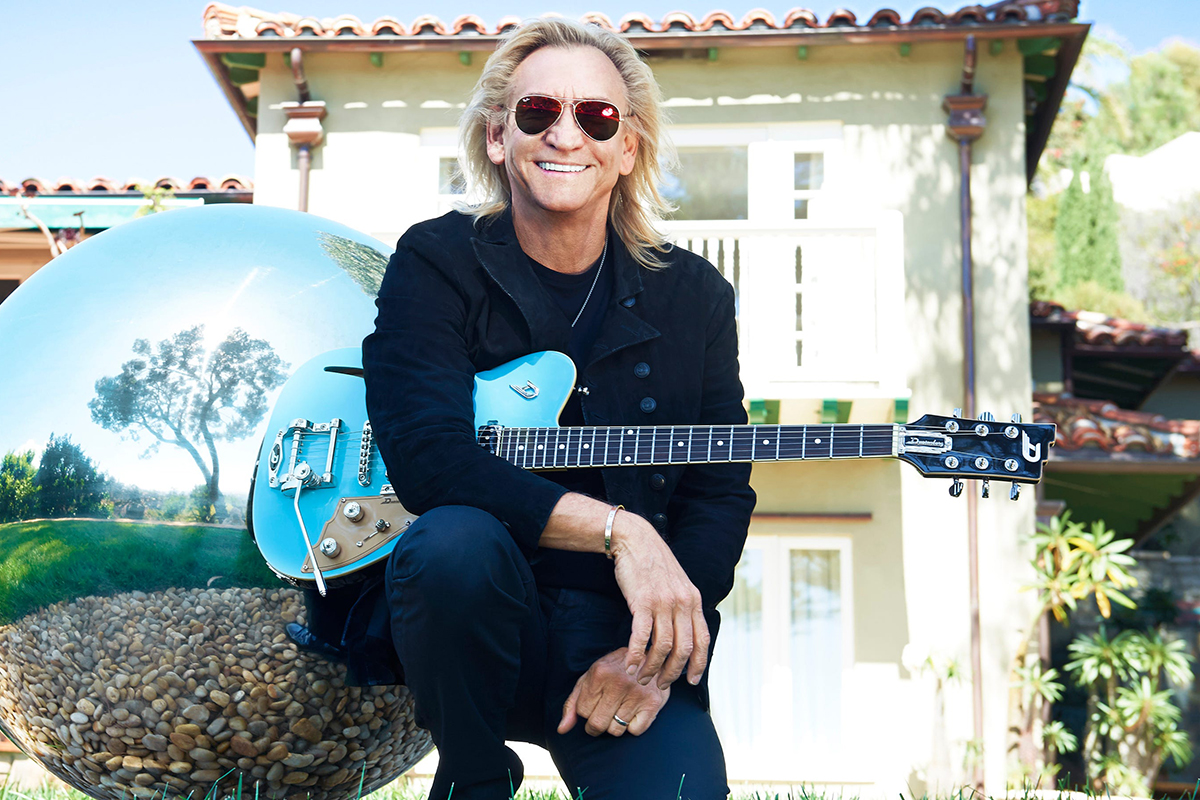 Joe Walsh’s favorite solo-written song was ‘Rocky Mountain Way’ with Barnstorm, released in 1973. It has a remarkable guitar riff that sticks with the listener and helps immortalize the song. Walsh also talked about this to Howard Stern in 2012 and stated that the inspiration came while mowing the lawn. He was in Colorado, and when he looked around, he saw the beautiful scenery of the natural wonders of the Rocky Mountains. He didn’t have any lyrics in mind, but he had the iconic tune ready.

Here is the story of ‘Rocky Mountain Way’:

“I’m in Colorado, and I have an album did which was the ‘Barnstorm,’ the first solo album I did. I am on the lawn, and I was mowing the lawn. I didn’t have any words for ‘Rocky Mountain Way,’ but we had the track done. I’m just dead in the water about this song; what is it about? If there were words, I heat where they go, but I don’t know what they are.

I’m mowing the lawn, I look up, and there’s the front range of the Rocky Mountains with snow on them in the summer, and it knocked me back because it was just beautiful. I thought, well, I have committed, I’m in Colorado, it’s too late to regret the James Gang, ‘The Rocky Mountain Way’ is better than the way I had because the music was better. I go the word ‘bam,’ and he’s telling us this, tells us that, that’s about the James King’s manager.

We don’t need the ladies crying because the story is sad that it is giving up the regret of leaving the James Gang. I got all these words at once, and I ran into the house to write, and the lawnmower kept going over into the neighbor’s yard and ate the garden. It was an expensive song to write.“

You can listen to ‘Life in the Fast Lane,’ ‘Rocky Mountain Way,’ and watch Joe Walsh’s Howard Stern interview below.