When Jimmy Page Graded His Guitar Playing Out Of Ten

Jimmy Page is unquestionably one of the most influential and versatile guitarists of all time for many people. He was interested in playing guitar since he was a young boy. Page’s musical journey initially started as a studio session musician, and then he began playing in local venues.

Page is best known for being a member of the Yardbirds and Led Zeppelin. Of course, his career with Led Zeppelin turned into a big commercial success and increased his popularity. It would be fair to say that Led Zeppelin redefined the landscape of rock music as they always tried to challenge the conventional styles of making music.

Jimmy Page Brought A Unique Character To His Guitar Playing 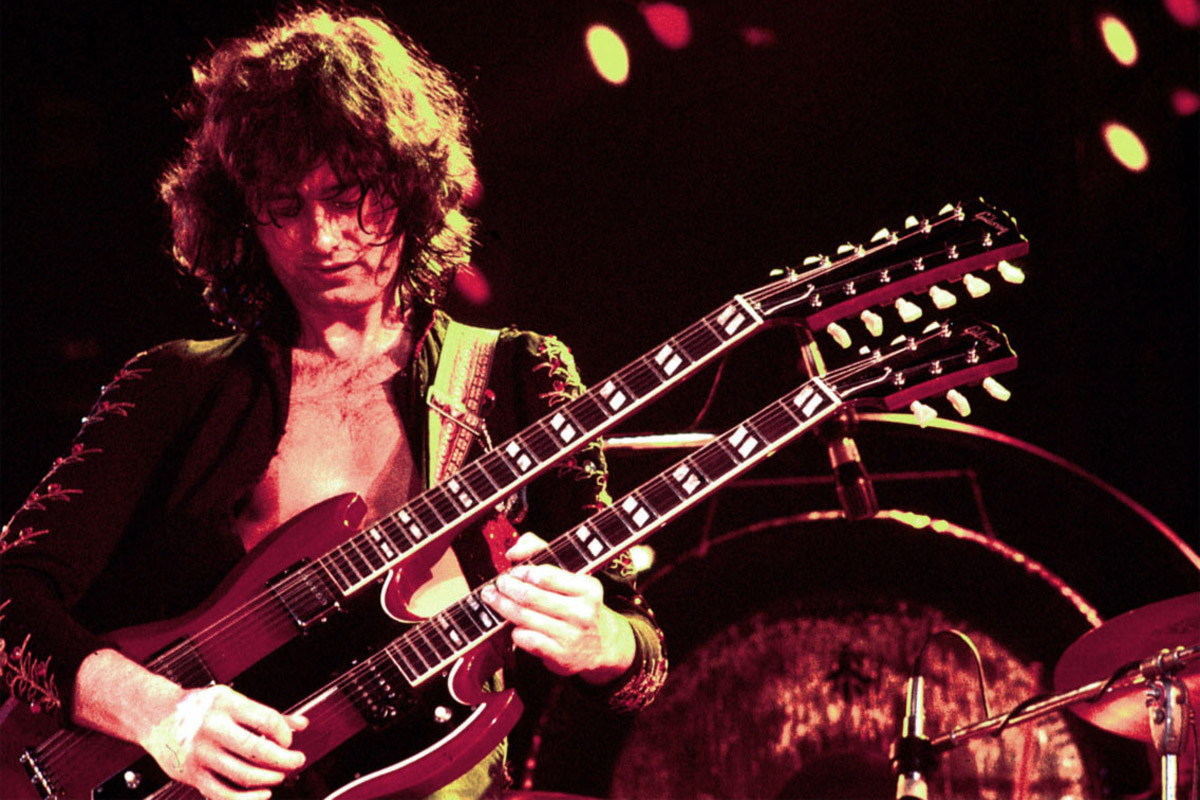 Jimmy Page’s guitar playing is immediately recognizable with his iconic and powerful riffs. When Page’s rhythmic and inventive style is coupled with his wisely arranged guitar parts, his signature style reveals itself. Although his guitar playing is mostly surrounded by aggressive tones, his blues and folk influences are also clearly visible.

Jimmy Page is famous for being an electric guitarist but he is also an appreciated acoustic player. Page’s riff-based approach to guitar playing and impressive soloing are surely among the factors that make him stand out in the history of rock music. Rolling Stone magazine even listed him in the third place right after Jimi Hendrix and Eric Clapton in their list of the ‘100 Greatest Guitarists of All Time.’

How Did Jimmy Page Grade His Guitar Playing?

It’s obvious that Jimmy Page is considered as one of the greatest players for many music authorities and also listeners, but how he sees his own level of guitar playing has always been a matter of curiosity. In one of his previous interviews, Jimmy Page was asked to grade some guitar pieces out of ten after listening to a short portion of them.

The first one he listened to was Muddy Water’s ‘Catfish Blues.’ Jimmy Page described it as a great track and gave it ten points out of ten. After that one, there was a surprise for Page as he listened to his own guitar playing in the Yardbirds’ ‘Smile on Me.’ He started to laugh and jokingly said that he would give an eleven to his guitar playing.

Later on, Jimmy Page finally listened to Elliott Randall’s guitar playing in Steely Dan’s ‘Reelin’ In the Years,’ and he graded Randall’s playing more than his own playing. Randall managed to receive a twelve from Page which was the highest point he gave. After listening to these three guitar pieces, Jimmy Page stated that guitars have six strings but every player introduces his own character to guitar playing so everyone is distinctive in their own way.

You can watch Jimmy Page’s grading his guitar playing below.