Linkin Park members instantly became superstars when they released their debut album, ‘Hybrid Theory,’ in 2000. The album was a massive success as it became one of the biggest debuts of all time. The band incorporates elements from various genres such as hardcore rap, rock, punk, electronic, and even pop into their music, enabling them to appeal to a broader audience.

There are tons of reasons why Linkin Park became one of the most successful bands starting from the early 2000s. The band has always had an impressive harmonic sound, and of course, Chester Bennington’s vocal power also significantly contributed to the band’s sound. Their emotional lyrics that revolve around anger and vulnerability directly spoke to the young listeners. The legendary guitarist Gary Moore also had an opinion on the reason behind Linkin Park’s success.

What Did Gary Moore Say About Linkin Park’s Popularity? 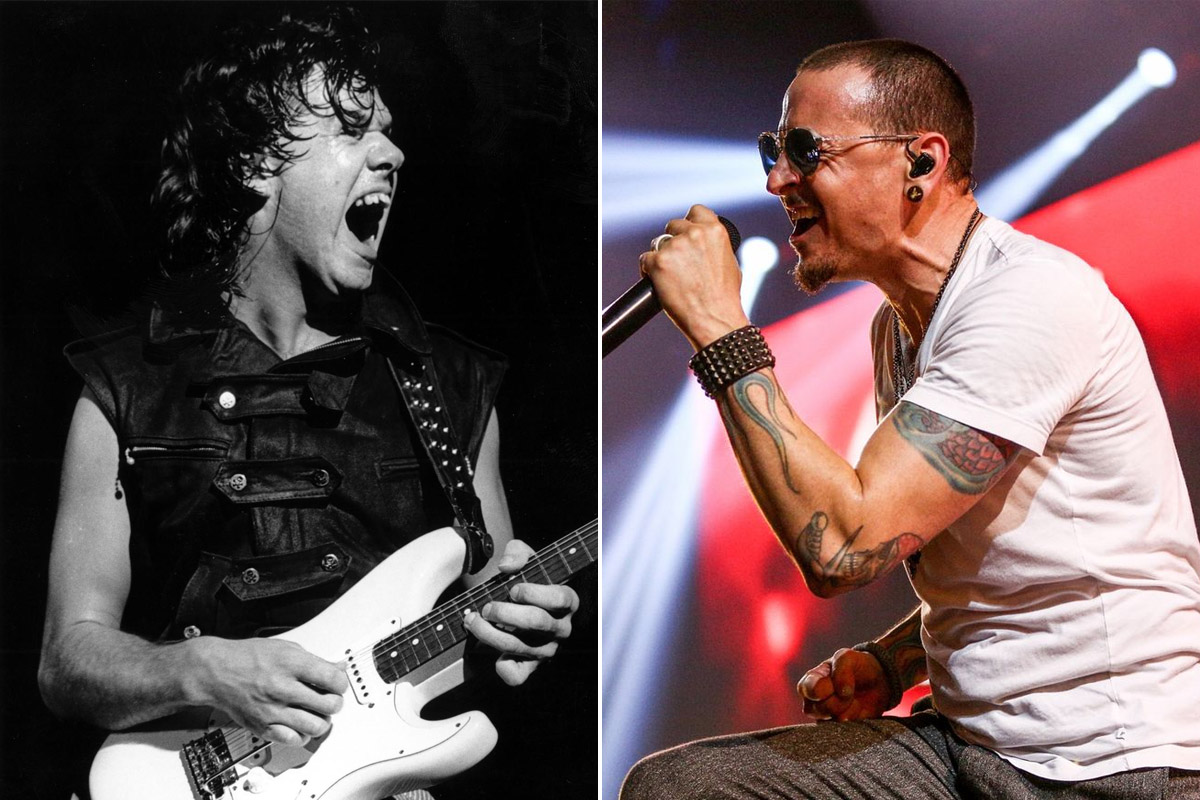 Gary Moore gave an interview in 2003 during his ‘Monster of Rock Tour’ and talked about how music had developed in recent years. He said that there were new genres like hip-hop that had started increasing in popularity, and for him, all contemporary rock music had many pop elements in it, which made it available for a wider audience.

Moore stated that some bands like Linkin Park and Alien Ant Farm quickly found a place at the top of the charts due to the popular elements they integrated into their music. He gave Alien Ant Farm’s cover of Michael Jackson’s hit, ‘Smooth Criminal,’ as an example since it hit the charts. For Moore, it poses an excellent example of how so-called rock bands used pop music to reach a larger group of listeners.

Then, Gary Moore explained during the interview that the way Linkin Park wrote their songs was one of the reasons why they were so successful. Moore highlighted that their songs were full of riffs rather than guitar solos, which made them more catchy and easy to listen. Gary Moore defined Linkin Park’s music as commercial and regarded them as the servers of the mainstream.

“I think what happens is all the kind of hardcore music that has come out last ten years like a lot of the hip hop, a lot of so-called rock has ended up being very pop anyway. Those sorts of bands are coming on the stage. A lot of them kind of can slot into the charts, and they can do top of the pops, and they’d fit very easily like Linkin Park and people like Alien Ant Farm.

You know they did the Michael Jackson thing and stuff. You know all that kind of it’s because the way they write songs, they’re not full of guitar solos particularly, they’re kind of more riff-based, and they’re more catchy. They’re always very catchy riffs, and so it makes it a lot more commercial, a lot more accessible for people.”

You can watch the entire interview below.