When Bruce Springsteen Addressed His Rivalry With Bob Dylan

Bruce Springsteen discovered his greatest passion, music when he was very young. He decided that he wanted to become a musician at the age of 7 after watching Elvis Presley’s performance on The Ed Sullivan Show. Then, his mother rented him a guitar, but Springsteen had to wait long until he got his own.

The musician got the final push from the Beatles as his approach to rock and roll completely changed after he heard their records. In his memoir, ‘Born to Run,’ Bruce recalled his astonishment after hearing the Beatles’ ‘I Want to Hold Your Hand’ on the radio. Springsteen’s interest in music never ended, and he started his music career by playing for many bands until his breakthrough.

Over time, Bruce Springsteen and the E Street Band gained great popularity and received critical acclaim by releasing countless records, even though some weren’t commercially successful. Although his fans knew that his greatest influences were Presley and The Beatles, he had another muse, Bob Dylan.

Bruce Springsteen Is A Huge Fan Of Bob Dylan 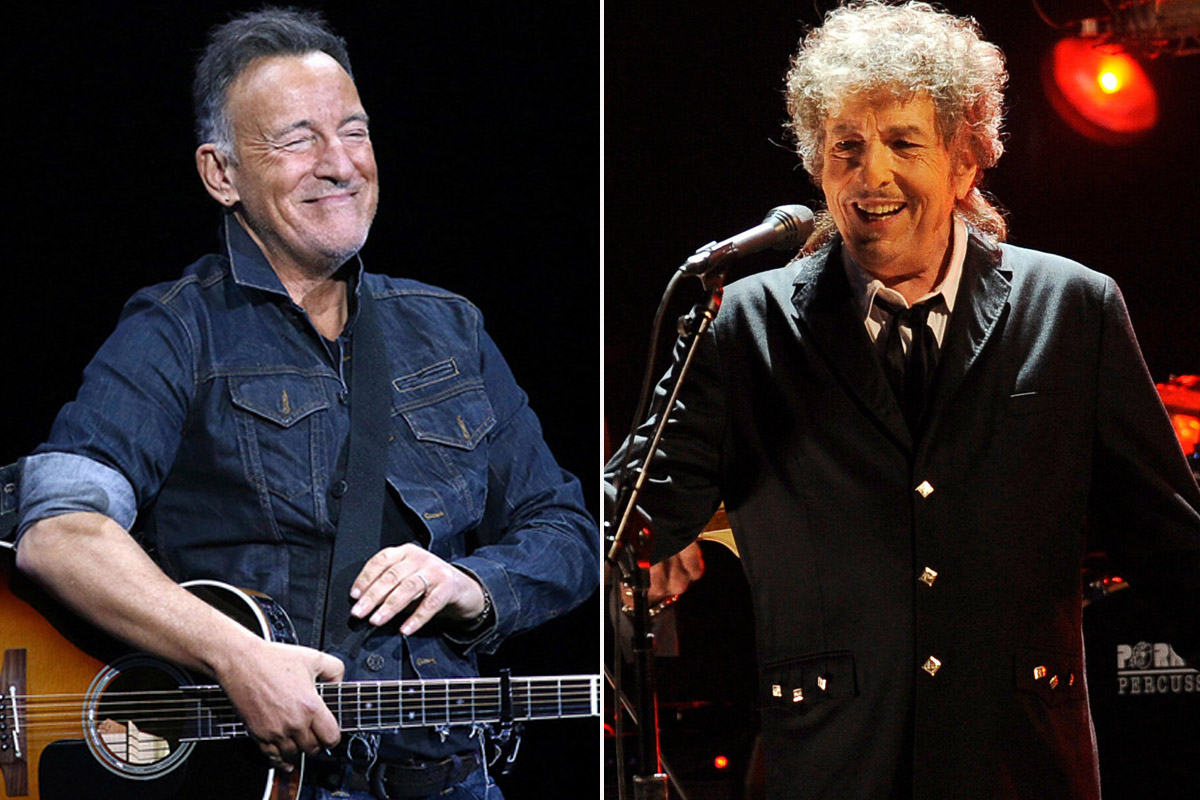 Every Bruce Springsteen fan knows that he is a huge Bob Dylan fan, and he started to admire him after listening to his two records. Bob Dylan released his sixth studio album entitled ‘Highway 61 Revisited’ on August 30, 1965. Its blues-based music and poetic style drew great attention from the critics and reflected the political and cultural chaos in the USA. It was followed by ‘Bringing It All Back Home’ on March 22, 1965, which was criticized because the musician changed his style and genre.

“Bob Dylan is the father of my country. ‘Highway 61 Revisited’ and ‘Bringing It All Back Home’ were not only great records, but they were the first time I can remember being exposed to a truthful vision of the place I lived.”

As can be understood from his statement, ‘Highway 61 Revisited’ and ‘Bringing It All Back Home’ had a special place in Springsteen’s heart because they helped him see the truth about the place he lived. Therefore, both music critics and folk-rock music lovers compared Bruce Springsteen and the E Street Band’s 1973 debut studio album ‘Greetings from Asbury Park, N.J.’ to Bob Dylan’s works.

The Reason Bruce Springsteen Refused To Compete With Bob Dylan

Springsteen’s lyrical poeticism and folk rock-rooted sounds were considered a tribute to Bob Dylan’s legendary records, but the frontman didn’t want to be compared with the iconic musician. In one of his interviews, he explained the main reason behind his thoughts, saying that his style is entirely different from Dylan’s music. Therefore, being known as the new Bob Dylan or his successor is nothing but an old way of defining musicians started in the 70s.

Consequently, according to the E Street Band leader, there was no such thing as a rivalry between him and Dylan due to these differences. Also, Bruce Springsteen clearly stated that he didn’t wish to be the next Bob Dylan of the music industry, although Dylan was one of his favorite musicians. It seems clear that the musician aimed to create his own unique style instead of being compared to Dylan.

In Springsteen’s words, he said:

“I love Bob Dylan. ‘Highway 61 Revisited,’ It’s part of the book. That’s part of its history, and I always loved him, but it’s different, what we play is a lot different. At the time in 75, there were all sorts of stuff coming out, ‘I was like this..’

So happens to everybody when they come out. When somebody new comes out, the first thing you do is try to compare them to the next guy or the last guy, make them new the this or the old that.”