Former Slipknot drummer, co-songwriter, and one of the founding members Joey Jordison is an exceptional drummer who worked with countless legendary bands other than his own such as Metallica, Korn, and Rob Zombie. Jordison has an extraordinary speed when it comes to performing and many fans admire him for his passion on stage and appetite for performing at his best once resulted in one of the craziest drums stunts ever.

As many of you know, the rock and metal musicians got the crazy stage stunts covered when it comes to lighting things on fire including themselves, having a signature mascot running across the stage, hanging from a peculiar place all of which and more while performing. Since the word crazy pretty much belongs to the rock and metal world after all these years, fans always expect more and pick their favorite performances when musicians put on a show with impressive stunts.

There is only a hand full of drummers who actually dare to complicate their mission like Mötley Crüe drummer Tommy Lee who performed numerous times while being on an actual roller coaster that was build up on stage. Joey Jordison has a drum stunt that is equally if not more powerful than Lee himself when he performed while on a platform that rotated him in every possible direction. Let’s take a closer look into one of the most legendary drum solos ever played live together. 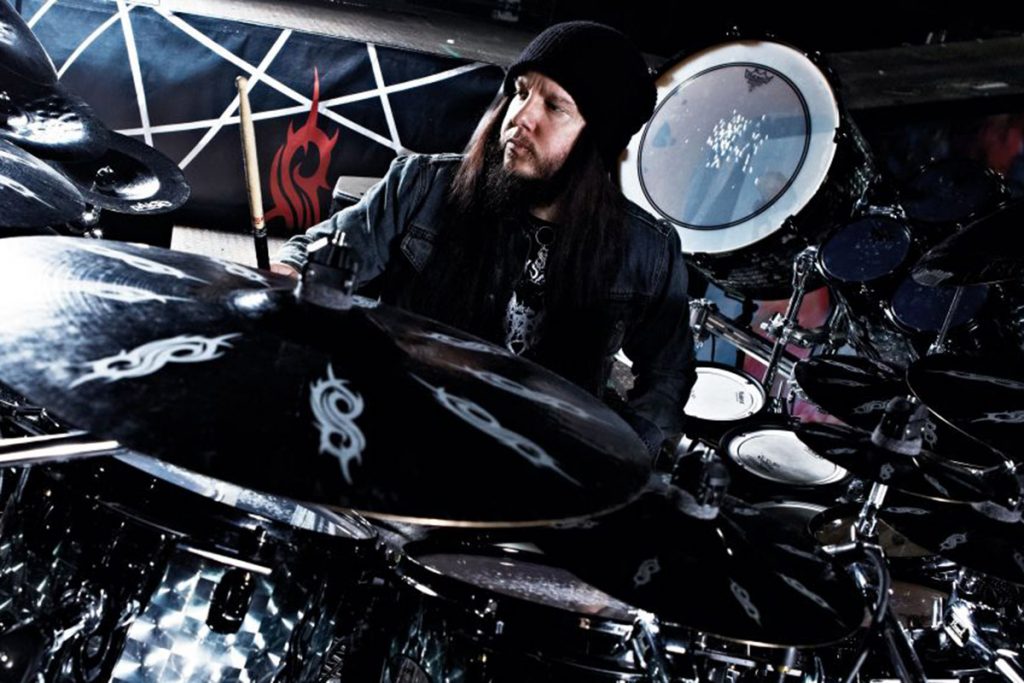 Slipknot released a documentary named ‘Slipknot: Goat – The 10th Anniversary of Iowa’ back in 2011 and it featured footage from the band’s live performances. Despite including many iconic moments for the band, it is fair to say that Joey Jordison’s epic drum solo outshined the whole documentary.

For the incredible prop, the Slipknot drummer had to be tied down properly and sit on a big platform with his huge drum kit on it. As Joey Jordison started playing his drums, the platform started lifting higher and higher, eventually turning in full 90 degrees as Jordison was killing the solo while he’s parallel to the ground.

That didn’t stop there as expected and the platform started spinning around as the crowd screamed at the top of their lungs due to witnessing a one-of-a-kind drum prop. The nearly 3 minutes long stunt ended where it started and went down the history of rock and metal music for being one of the coolest things that have ever been done on stage by a drummer.

You can watch the moment Joey Jordison performed the stunt below.