In the late 1970s, Kiedis, Flea, Slovak and Irons formed a band named Tony Flow And The Miraculously Majestic Masters Of Mayhem. The Los Angeles punk music scene of that era deeply influenced the band members. Later changing their name to Red Hot Chili Peppers in the 1980s, the band created a new music style by combining funk and punk rock elements.

Formed in Los Angeles in 1983, Red Hot Chili Peppers is among the most popular rock bands in music history. As of now, RHCP consists of vocalist Anthony Kiedis, bassist Flea, drummer Chad Smith, and guitarist John Frusciante. Along with other successful records, their seventh album ‘Californication’ is probably the band’s best-known record with over 17 million copies sold worldwide.

The lead singer of the band, Anthony Kiedis had a vocal style that primarily consisted of rapping in the early days. As a result, he became a major influence on the rap-rock movement although he later adopted a conventional singing style. Kiedis contributed quite a lot to RHCP’s success by recording 11 albums with the band.

Apart from his remarkable music career with the band, Kiedis also became a hero in the eyes of the fans. This was when he saved a baby from dying when the band was doing Carpool Karaoke with James Corden. Let’s take a look into the details of that miraculous moment.

How Did Anthony Kiedis Save A Baby’s Life? 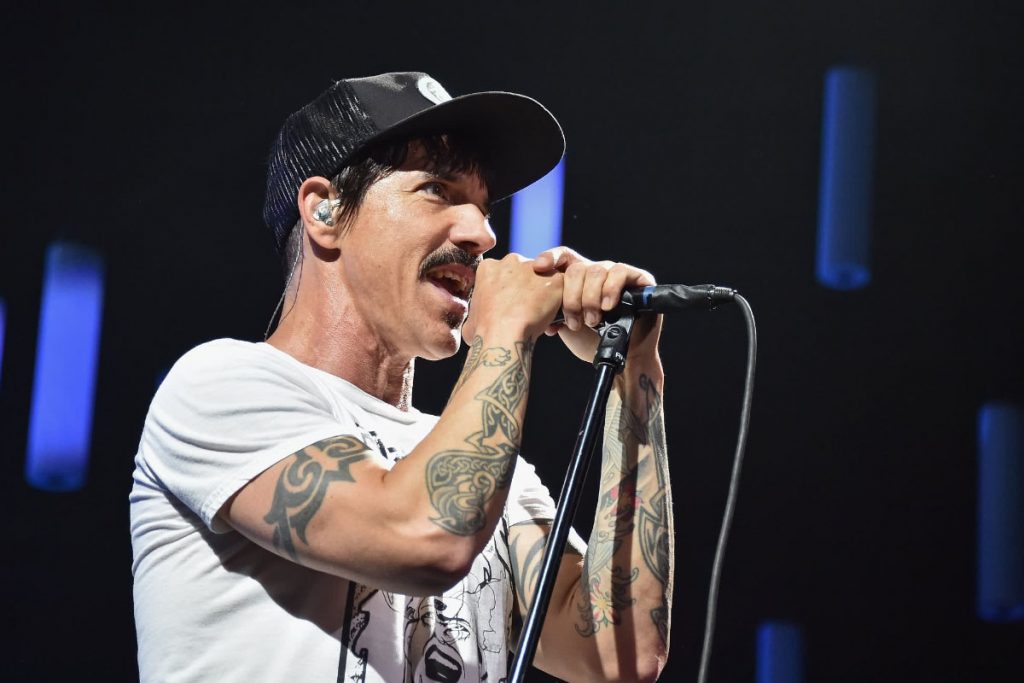 Back on June 14, 2016, Red Hot Chili Peppers were the guests of The Late Late Show With James Corden. They were playing a round of Carpool Karaoke while fooling around as they stripped down in the car and wrestled on a stranger’s lawn. The video went viral back in those days, and as of now, it has reached almost 60 million views.

During an interview with Radio X, Kiedis recalled that time and an event that happened during a dance-off that wasn’t shown on television. He told that during the show that a woman came out of her house holding a child, saying her baby could not breathe. Kiedis then said that they ran across the street, and he performed CPR on the baby in order to save it.

He continued by saying that he rubbed the baby’s belly and bubbles came out of her mouth. When the ambulance arrived, he handed the baby over, who was breathing and fine at that time. Revealing the baby’s name as ‘Nina,’ he got quite emotional while thinking about the incident.

In the interview, Kiedis recalled the event as:

“We danced off, we tied, and then we were going to celebrate with some Mexican fruit on the corner, and a woman came out of her house, holding a child saying, ‘My baby, my baby, my baby can’t breathe!’

We all ran across the street, the lady thrust her baby into my arms, the baby was not breathing. I thought, ‘I’m gonna try and do a little baby CPR real quick to see if I can get some air in this kid.’ Tried to open the mouth, it was locked shut. So I started rubbing the belly, bubbles came out of the mouth, the eyes rolled back into place. The ambulance showed up, I handed the baby over, who was now breathing and fine, and we went back to Carpool Karaoke.

It was kind of a beautiful thing that we stopped for the dance-off. We were there; the baby needed help and we were there. When you’re a dad and somebody yells, ‘My baby!’ you jog across the street. The little baby looked at me the whole time until the ambulance guy came. Nina; little baby Nina.”

You can watch the Carpool Karaoke episode featuring RHCP below.