During a backstage conversation with his fans, Metallica lead guitarist Kirk Hammett told a very funny story to them which involves Michael Jackson and Macaulay Culkin. The story reflects the time when Hammett met Michael Jackson during the filming process of ‘The Unforgiven.’ He also stated that Jackson didn’t know the name of the band at that time.

As you may know, Metallica’s fifth studio album ‘The Black Album’ was released on August 12, 1991. The album was a great commercial success and appreciated a lot by the fans. Some of the tracks of the album such as ‘Nothing Else Matters,’ ‘Enter Sandman,’ and ‘The Unforgiven’ became very popular and listened to all around the world. ‘The Unforgiven’ was released as the second single of the album.

The song was a power ballad and included the theme of people’s constant battle against the world. James Hetfield was on the vocals, Lars Ulrich was on the drums, Kirk Hammett was on the lead guitar, and Jason Newsted was on the bass. Along with the song itself, the music video of ‘The Unforgiven’ got positive comments. The video tells the story of a boy who tries to create a window while he was trying to get rid of his prison.

What Happened Between Hammett and Jackson When They Met? 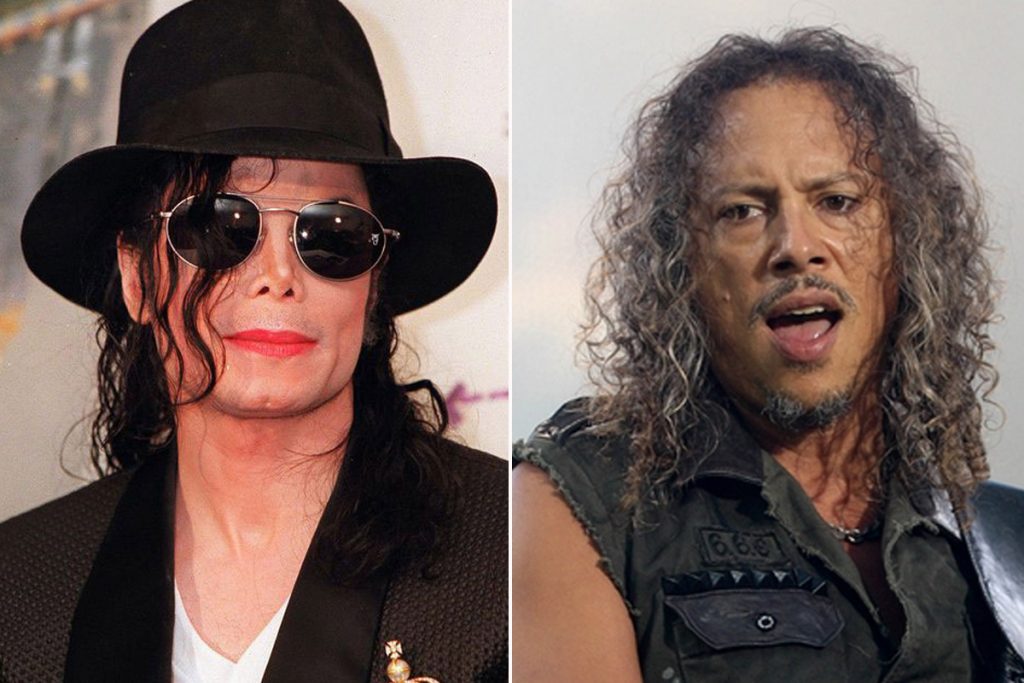 In the backstage conversation, Kirk Hammett recalled a very unforgettable while they were shooting the clip of ‘The Unforgiven.’ During the shooting process, he met Michael Jackson and ‘Home Alone’ star Macaulay Culkin. Hammett was so excited to meet Michael Jackson in person. When Hammett introduced himself as Kirk from Metallica, Jackson said Metallic without knowing the real name.

“When we were filming ‘The Unforgiven’ video in the studio you know in Culver City in L.A. It was just funny. I was standing outside you know because I spent all day inside. I was just standing there and all of a sudden this golf cart came by and it was Michael Jackson, Macaulay Culkin, and some guy with a turban. I said ‘Hey’ and they stopped and I walked up and I introduced myself. I said ‘Hey I am Kirk from Metallica.’ Michael said ‘Look it’s Metallic.’ I said ‘Nice to meet you. ‘ However, the crazy thing was I got an autographed photo from him a week later in the mail. It was the craziest thing and I didn’t know how he got my address. In the photo, he was with a panther and wrote from Michael Jackson to Kirk.“

As it can be understood from his statement, after their strange meeting, Michael Jackson sent an autographed photo to Hammett as a mail. He was so surprised that he couldn’t even know what to say. It has become a great memory that he kept telling over and over both to his friends and fans. Kirk Hammett defines this meeting and the gift he took after that as one of the funniest and craziest memories of his life.

You can watch the music video below.