Boston made their name heard starting from the 1970s, and although they just released six studio albums over the years, they still managed to keep their popularity in the rock music scene. Their popularity mainly comes from the massive success of the band’s self-titled debut album, released in 1976. The band attracted significant public attention following the release of the record.

Boston is sort of famous for their long breaks between albums, except for their second album. The band’s second studio album, ‘Don’t Look Back,’ was released in 1978, two years after the debut album, but the third one, named ‘Third Stage,’ dropped eight years later in 1986. Later on, the band released their fourth album, ‘Walk On,’ in 1994, and the fifth one, called ‘Corporate America’ in 2002. Boston’s latest studio album, ‘Life, Love & Hope,’ dropped in 2013.

Who Is Boston’s Founder Tom Scholz? Tom Scholz has been a strict rock fan since his childhood years. His interest in music started when he studied classical piano as a child. Besides his success in music, Scholz also always had an interest in building and designing during his childhood. Before his music career, he earned a bachelor’s and master’s degree in mechanical engineering from MIT.

He initially began writing songs while doing his master’s degree at MIT. Then, he started recording demos of the songs he wrote in his home studio while working as an engineer at the same time. He kept submitting his work to various recording companies for six years until they attracted the interest of Epic Records.

The company signed a recording contract with Scholz, and he started to rerecord the songs for the band’s debut album. Tom Scholz is a perfectionist, and thus, he wouldn’t release a new album unless it completely satisfied him. He actually didn’t enjoy being a performer because he is more interested in the production process of new music and inventing new types of equipment.

The Huge Success Of Boston’s Self Titled-Album 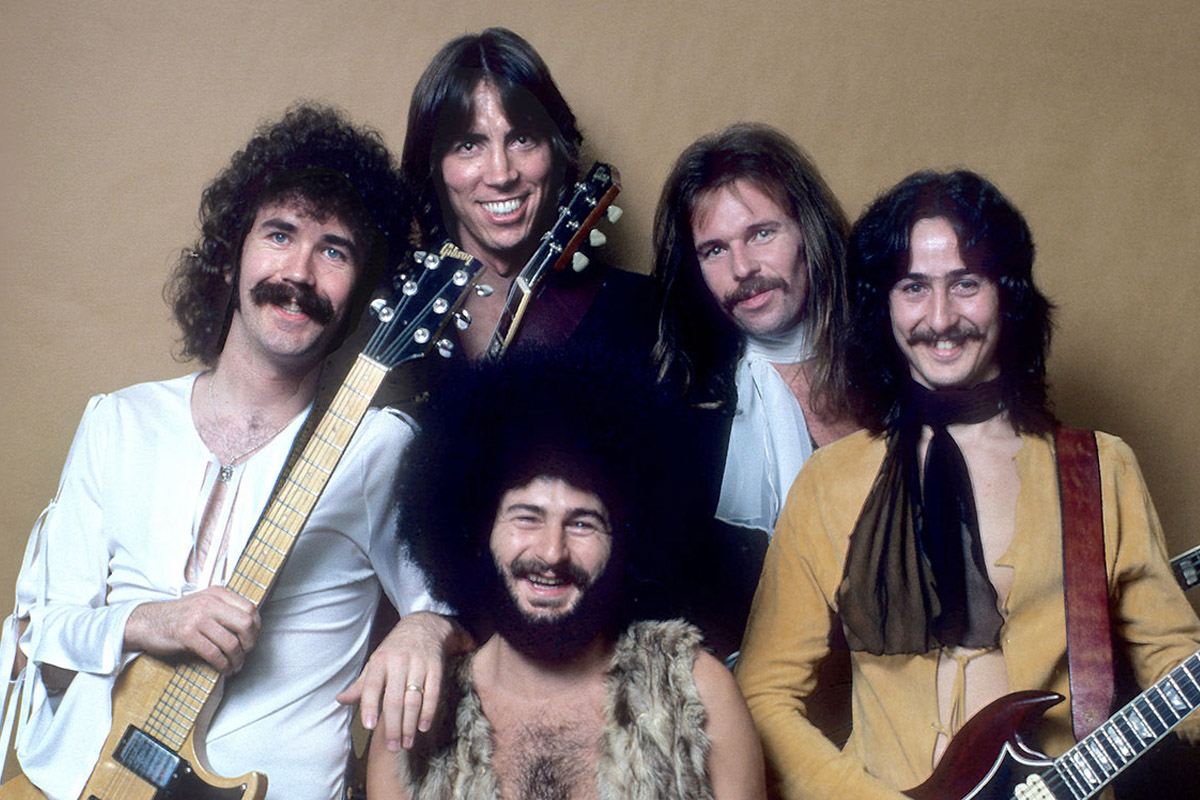 Boston’s self-titled debut album was released on August 25, 1976, by Epic Records and quickly broke sales records. The album was a good reflection of Tom Scholz’s interest in classical music and rock. The band primarily used devices Scholz designed and invented during the recordings. Tom Scholz played most of the instruments on almost all of the tracks.

The band’s debut album has sold more than 17 million copies in the U.S. alone and at least 20 million worldwide, making the album the 9th best-selling rock album. The album’s hit songs, ‘More Than a Feeling,’ ‘Long Time,’ and ‘Peace of Mind’ are referred to as the milestones of ’70s rock. The album is also the second best-selling debut album of all time in the U.S. after Guns N’ Roses’ ‘Appetite for Destruction.’

Tom Scholz’s Net Worth Is $100 Million As of today, Tom Scholz has an estimated net worth of $100 million, which is a very impressive fortune. He has been busy with different businesses, which greatly contributed to his wealth. Besides his music career, Tom Scholz also continues his engineering career. He has a company named Scholz Design, which is active and highly successful.

As stated before, Scholz is also very interested in inventing new music equipment. For instance, he invented the Rockman portable guitar amplifier. He managed to make a successful career in all these various areas, and thus, his net worth is not a big surprise. In recent years, Tom Scholz has also become a philanthropist and has dedicated most of his money and time to charitable work.

You can listen to Boston’s self-titled debut album below.