Slipknot frontman Corey Taylor and Nickelback lead vocalist Chad Kroeger both have millions of fans who have been rooting for both legendary musicians for decades and they have an undeniably successful music career since both musicians have sold millions of studio albums, had countless chart hits, as well as having tours that sold millions of tickets. However, the two singers couldn’t be more distant from each other as they have an endless dispute with each other that started with sharing the same record label.

While staying silent for years after the first interview that ignited the dispute, both Corey Taylor and Chad Kroeger didn’t hold themselves back and their fans saw their favorite musicians having verbally fight against each other through interviews during which both sides looked down on their music and personality. Let’s travel back to the past to see the timeline of the notorious dispute.

How Did The Feud Start Between Corey Taylor And Chad Kroeger? 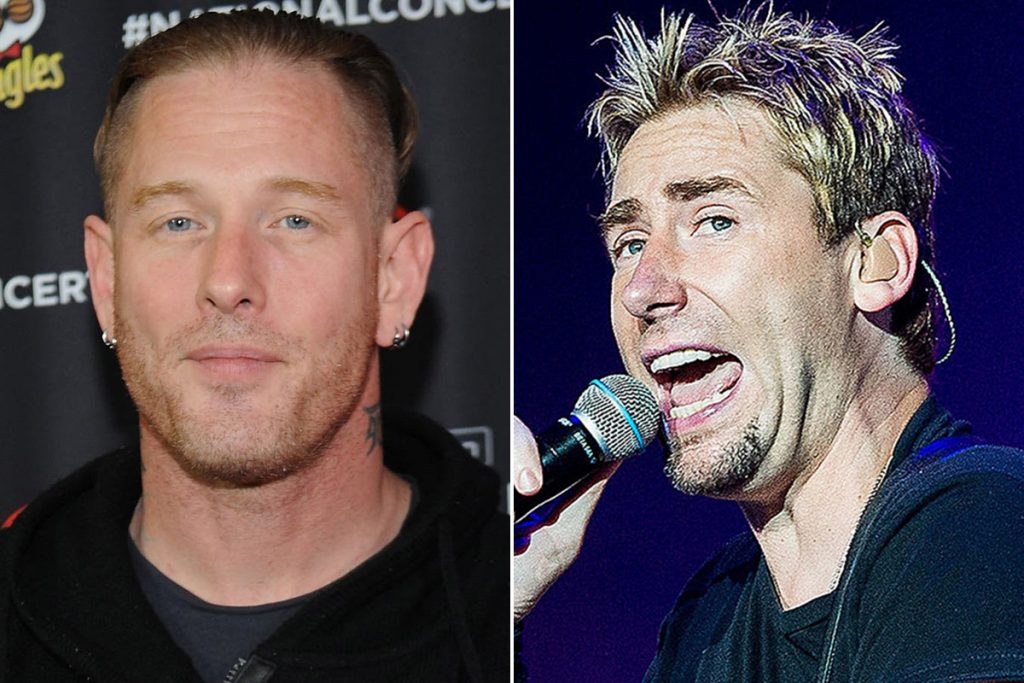 The whole conflict first started in 2002 when both Slipknot and Stone Sour shared the same record label as Nickelback which was Roadrunner Records and Corey Taylor revealed that he was upset that the public relations team at the label was giving Nickelback more help than his own band during an interview back then and expressed his anger with quite the language.

Corey Taylor said these during the interview:

“I’m glad they could use our money to make Nickelback happy. That’s a very bitter subject for me and if I see any of those f-ckers, it’s going to be brutal.”

Speaking in a video interview with Metal Covenant, Kroeger said:

“I can’t think of another band that’s as diverse as we are. I can’t. And I don’t think that’s me talking from pride or ego. Yeah, because they’re trying to be Nickelback… They’re okay, but they’re not as good as Nickelback. They sound like Nickelback Lite.”

After hearing these allegations, Corey Taylor has responded during an interview with 98 KUPD and stated that these statements are nothing but funny since Chad Kroeger is delusional. On top of making fun of the Nickelback frontman, Taylor stated that he was voted ‘Sexiest Dude in Rock’ while wearing a mask on stage all the time whereas Kroeger was voted ‘Ugliest Dude In Rock’ twice.

In his own words, Corey Taylor said:

This verbal was didn’t stop there as expected and Slipknot frontman was asked about Kroeger’s statements once again during an interview with KISW and all Taylor did was to compare the Nickelback singer to the fast-food chain KFC since they both have a plain and bland taste which sounded hilarious to the audience since Taylor managed to kept it witty while delivering his message.

During the interview, Taylor stated:

“I don’t want to talk about that dickhead. Why do I give a shit about what Chad Kroeger says? Chad Kroeger is to rock what KFC is to chicken. Is that wrong? I feel like I’m not wrong… I’ll still eat it but I’m not gonna feel good about it.”

Although it has been a few years since the feud hasn’t been ignited once again, their fans know that there’s an endless tension between two legendary frontmen and it will eventually come out, either during a Corey Taylor interview or Chad Kroeger interview. Regardless, the feud between the two has been gentle with only edgy words so far with a humorous side to them which is thrilling to see rather than insult being thrown at each other.

You can watch the interviews below.