Almost all musicians were inspired by their favorite bands and artists when they decided to choose music as their profession. Iconic bands such as Guns N’ Roses, Metallica, The Beatles, CSNY, and many more became the main source of motivation and inspiration of thousands of people who wanted to make music but one moment can change everything between the musicians and their idols.

For instance, former Lynyrd Skynyrd frontman Ronnie Van Zant always described Neil Young as his idol and muse and he would even put on a Neil Young t-shirt during his performances. However, the release of Young’s anti-racist songs, ‘Southern Man’ and ‘Alabama’ made Van Zant bury his t-shirt and fueled a longtime feud between Lynyrd Skynyrd and CSNY icon Neil Young. 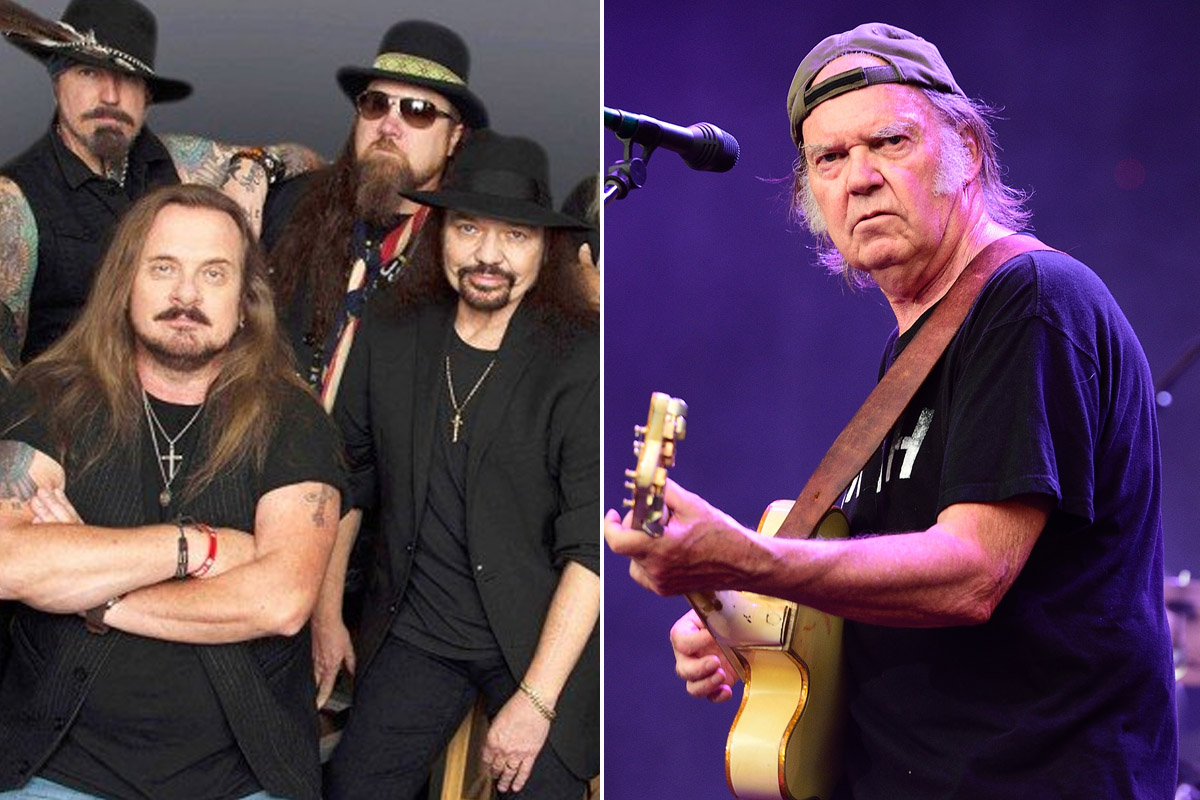 Neil Young released his third studio album entitled ‘After the Gold Rush’ on September 19, 1970. One of the tracks of the album ‘Southern Man’ drew great attention with its lyrics such as ‘I saw cotton and I saw black, tall white mansions and little shacks/ Southern Man, when will you pay them back?’ which was based on racism towards African American people in the American South.

Also, as a person who wanted to raise awareness against racism, Young wrote another song named ‘Alabama’ and released it in his fourth studio album ‘Harvest.’ The southern rock band Lynyrd Skynyrd reacted to Neil targeting the region because of its history filled with atrocities and discrimination against African American people in their iconic song ‘Sweet Home Alabama.’

Van Zant shared his ideas about the songs saying:

“We thought Neil was shooting all the ducks in order to kill one or two. We’re southern rebels, but more than that, we know the difference between right and wrong.”

Neil Young responded after the release of ‘Sweet Home Alabama’:

“‘Alabama’ richly deserved the shot Lynyrd Skynyrd gave me with their great record. I don’t like my words when I listen to them. They are accusatory and condescending, not fully thought out, and too easy to misconstrue.

They play as they mean it, I’m proud to have my name in a song like theirs.”

Thus, ‘Sweet Home Alabama’ was written as a response to harsh criticism of Young by Lynyrd Skynyrd. The band described their feelings saying ‘Well, I heard Mister Young sing about her / Well, I heard ol’ Neil put her down / Well, I hope Neil Young will remember / A Southern man don’t need him around anyhow.’

As it can be understood from the lyrics of the song, Lynyrd Skynyrd directly called out Young for his over-generalization about the south. Later, Young ended the feud by admitting that he regrets his words and reflecting his pleasure to be a part of ‘Sweet Home Alabama’ even if it was written to criticize his songs, ‘Southern Man’ and Alabama.’