Considering that the Pink Floyd icon David Gilmour is regarded as one of the greatest guitarists of all time by countless respectable music critics, none of his fans would imagine that there was a time when the musician wasn’t happy with his guitar sound. Apparently, even the greatest can have their moments of doubt.

In Gilmour’s case, his uniqueness left him second-guessing about his guitar playing when he was younger. In those moments, he wanted to look up to some guitarists he held dear to his heart. Let’s take a look at the time when the Pink Floyd legend named three of his guitar heroes and admitted that he wanted to sound more like them. 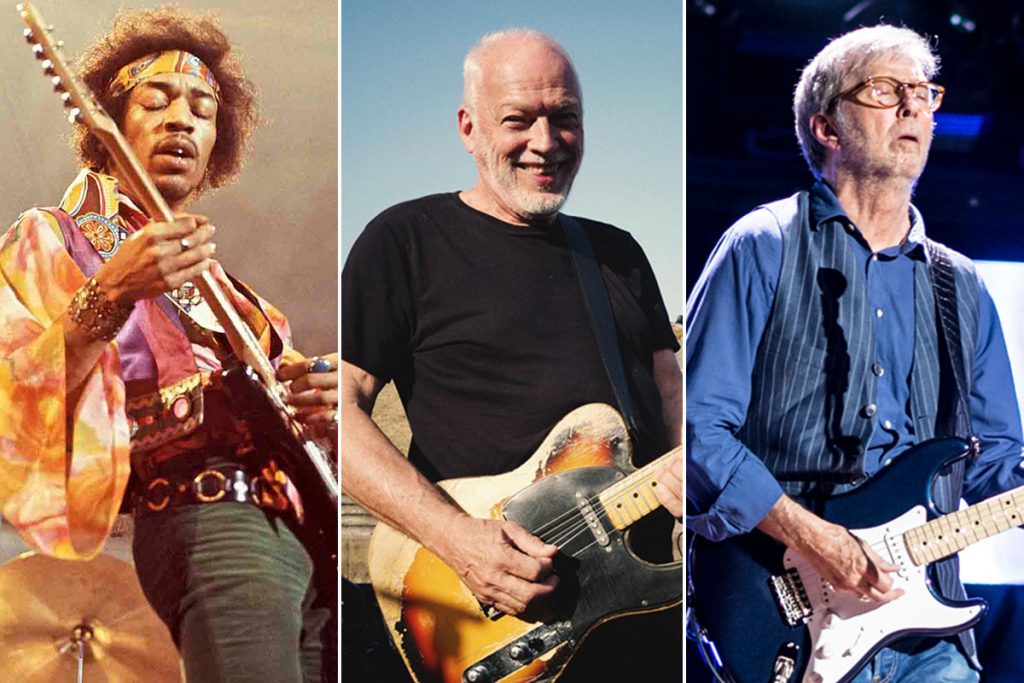 During a 2015 interview with Guitar.com, David Gilmour opened up about having the special sound he has had for decades. As it turns out, the guitarist cannot get rid of his sound even if he wants to since it comes out naturally once he holds the guitar. While this may come as a shock, Gilmour was initially displeased with his distinctive sound.

As a result, he wanted to sound more like his guitar heroes such as Jimi Hendrix, Eric Clapton, and Jeff Beck. However, he eventually started to like his sound. In the conversation, he said there are times he doesn’t feel comfortable with his style as he gets bored. To fix this problem, he focuses on finding something new each time he plays the guitar, which is a brilliant solution both for him and his fans.

According to Ultimate Guitar, Gilmour:

“My sound is what it is because of the way my hands and fingers are made, and due to my musical taste as well. I can’t sound like anything else. I’ve never tried to make it like that, it’s just the way I am. The fact that it is distinctive to other people is something that at first – in the early years – I was kind of unhappy about.

Sometimes I feel comfortable with the way I play – it just depends on the moment. There are moments on tour when I feel like I’ve played every lick and every note there is to be played, and I get bored with myself. Then the next night, I think, ‘No, it’s great,’ and I find something new to explore, someplace where I haven’t been.”

It’s amazing to see one of the most celebrated guitar players of all time showing vulnerability about his sound as his journey inspired hundreds of other guitarists. Fortunately, Gilmour didn’t give up on his authenticity and became the legendary Pink Floyd member we all know today.