Bring Me The Horizon is a name reflecting the intense longing for or impulse toward wandering of five young people. Overflowing with this passion, the members from different musical backgrounds started getting to know each other in the early 2000s. First, Matt Nicholls met Oliver Sykes, and then they completed their line-up when their paths crossed with Lee Malia, Curtis Ward, and Matt Kean. Now, on a journey woven with music, it was left to explore different offers of the planet.

Founded in 2004, Bring Me The Horizon has been exploring music and navigating life through its songs. The tones that change from one album to another and the fact that their music is a combination of more than 20 subgenres also show how much they love to discover new horizons. As their exploration has continued with over 30 songs and 3 albums, BMTH released ‘Sempiternal’ in the fall of 2020. As Frontman Oli Sykes revealed during a talk with Louder Sound in 2019, Linkin Park was also among the sources of inspiration for this album. 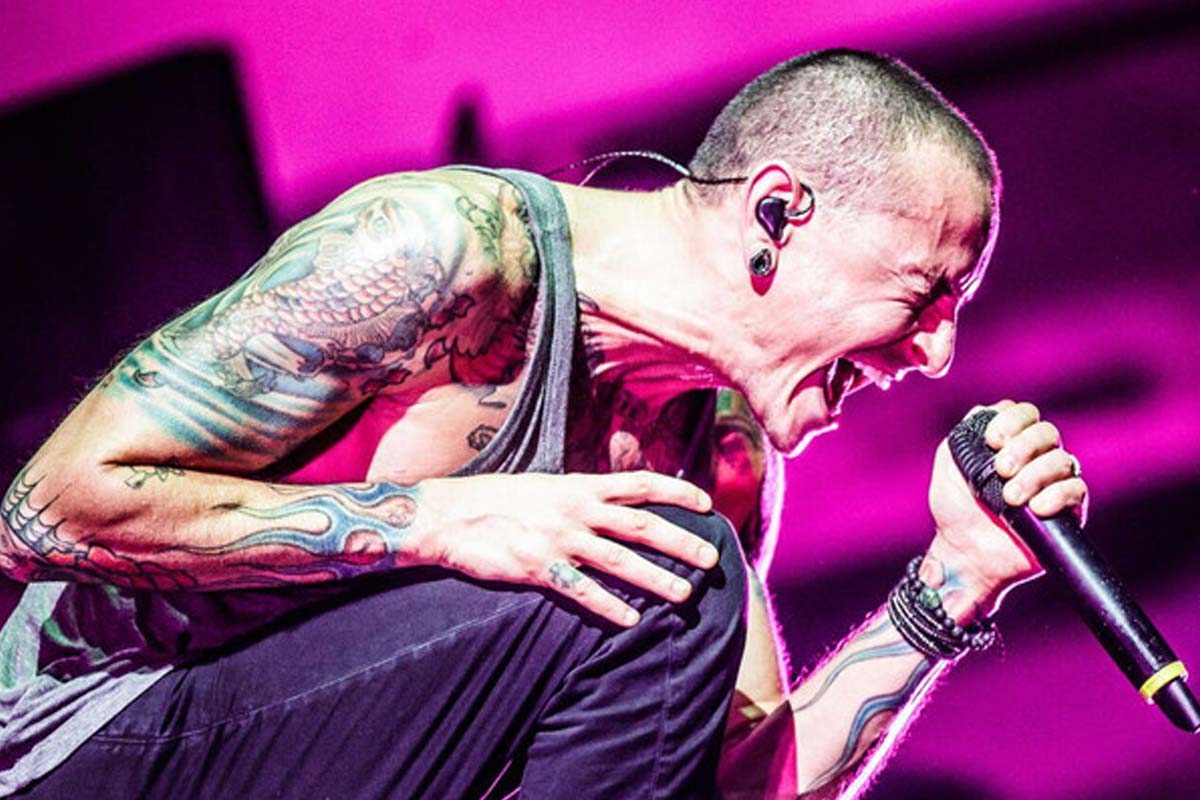 BMTH’s incredible passion for trying and discovering new things perhaps became more evident in their 2013 release ‘Sempiternal.’ Sykes and Fish approached ‘every music’ they heard in their daily lives as a source of inspiration and thought about how to incorporate them into their style. By taking different musical elements from their previous albums, they aimed to create a brand new sound that would be, again, very difficult to list under a single subgenre.

Among these broad sources of inspiration was Linkin Park, as Frontman Oli Sykes revealed during a talk with Louder Sound in 2019. Linkin Park’s 2000 release, ‘Hybrid Theory,’ which opened a whole new path in the rock world, was a major influence, and frontman Chester Bennington’s singing style was one of the elements Sykes wanted to incorporate into this album’s sound.

“I don’t like the album ‘Living Things,’ but I think all the other stuff they’ve done is amazing,” the frontman said, commenting on the music of Linkin Park. “‘Hybrid Theory’ still sounds amazing to me. I’m not at all ashamed to say that the vocal style on ‘Sempiternal’ is influenced by Chester Bennington.”

It is possible to describe Chester Bennington’s vocals as a flawless screaming technique, but he also combined it with distorted singing. This style even brought a new expressive device for rock, especially when combined with the sound of the band, which consists of a rap-rock amalgamation. Bennington is one of the names who popularized this way of saying, and he became a source of inspiration for many names that came after him.

As those who have listened to BMTH’s 2013 release can easily distinguish, Oli Sykes is one of the rockers trying to incorporate this expressive device into their music. All the songs are woven with these screaming vocals. In this album, they had an aggressive tone as before, which is in great harmony with these vocals, but this time they also incorporated electronic-influenced hooks. It seems that Bring Me The Horizon did a good job integrating these elements into their music, as their album was quite well received and achieved critical acclaim.