Serj Tankian On Meeting David Bowie: ‘He Was Almost Childish’

System Of A Down lead vocalist Serj Tankian was interviewed by Kyle Meredith With and recalled the time he met the late musician David Bowie by describing his personality and attitude towards him. Tankian also opened up about his famous painting ‘Bowie, R.I.P.’

Serj Tankian fans know that the singer has always had great respect for David Bowie even before meeting him in person, and they were convinced about this after seeing one of his latest projects. The band’s drummer John Dolmayan founded his fund cover project, These Grey Men, and collaborated with his bandmate Serj Tankian and other artists such as Rage Against The Machine’s Tom Morello and Avenged Sevenfold’s M. Shadows.

As the project’s latest work, Dolmayan and Tankian teamed up for the cover of David Bowie’s iconic song ‘Starman’ which had been released as the singer’s fifth studio album entitled ‘The Rise and Fall of Ziggy Stardust and the Spiders from Mars’ on April 28, 1972. Their cover was appreciated by both System Of A Down and Bowie fans. In addition, the singer has created a painting named ‘Bowie, R.I.P.’ which people considered a tribute to the late artist.

However, Tankian revealed that it was actually dedicated to his dog, Bowie, that passed away, and he stated that he named it after the musician as they had the same eye color. Moreover, the singer talked about meeting Bowie backstage after one of his concerts, saying that he was as kind, peaceful, non-judgemental as Dalai Lama and highlighted that his personality could be defined as ‘almost childish’ considering his naive behavior toward him.

In Tankian’s words, he said:

“The funny thing, I actually have a picture of David Bowie, and I’m in the next room. I met him twice backstage after his show which was incredible. he was such a generous guy with his time, and he had the same look on his face as a Dalai Lama, which is very non-judgemental, loving, almost childish, and beautiful in that sense.

That’s what I remember about David Bowie, but the painting was about my dog, Bowie, who I named after David Bowie because my husky, who passed a few years back, had different color eyes, exactly like Bowie’s. So I called the dog Bowie, and when she passed, I painted that as a homage to her, but that was before the real David Bowie passed, which’s sadder.”

You can check out the video, song, and painting below. 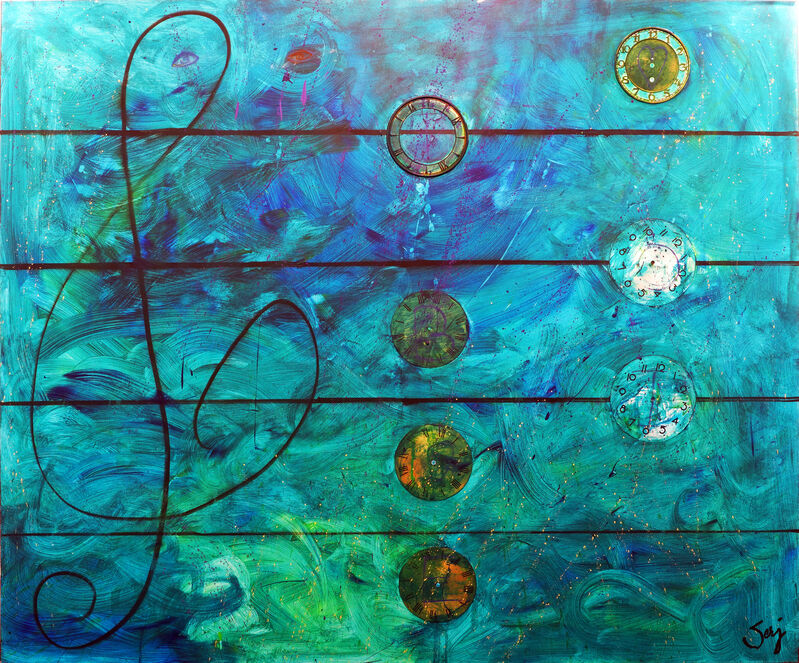