A Led Zeppelin fan page recently shared a musician’s interview who played on the collaborative album of Led Zeppelin singer Robert Plant and Alison Krauss, ‘Raising Sand.’ As Gres Leisz revealed, the meaning behind Plant’s post on his official Instagram page which lead his fans to think two musicians may be having a love affair turned out to be a hint for the upcoming album.

As many of you might remember, Robert Plant shared a picture with Alison Krauss a few days ago on his official Instagram page which ignited the relationship rumors as Plant didn’t only share a romantic picture with Krauss he also captioned the picture with accompanying romantic lyrics from the legend himself, Bob Dylan’s classic track, ‘Talking World War III Blues.’

Due to the fact that the Led Zeppelin lead vocalist is a bachelor after parting his ways with musician girlfriend Patty Griffin with whom Plant was living together and even worked together when he embarked on a twelve-date summer tour in the United States with a new band named ‘Band of Joy,’ fans thought a new relationship with another college was quite possible. Especially after the recent post, however, it’s recently revealed that the post meant something entirely different.

Robert Plant Is Working On Another Album With Alison Krauss 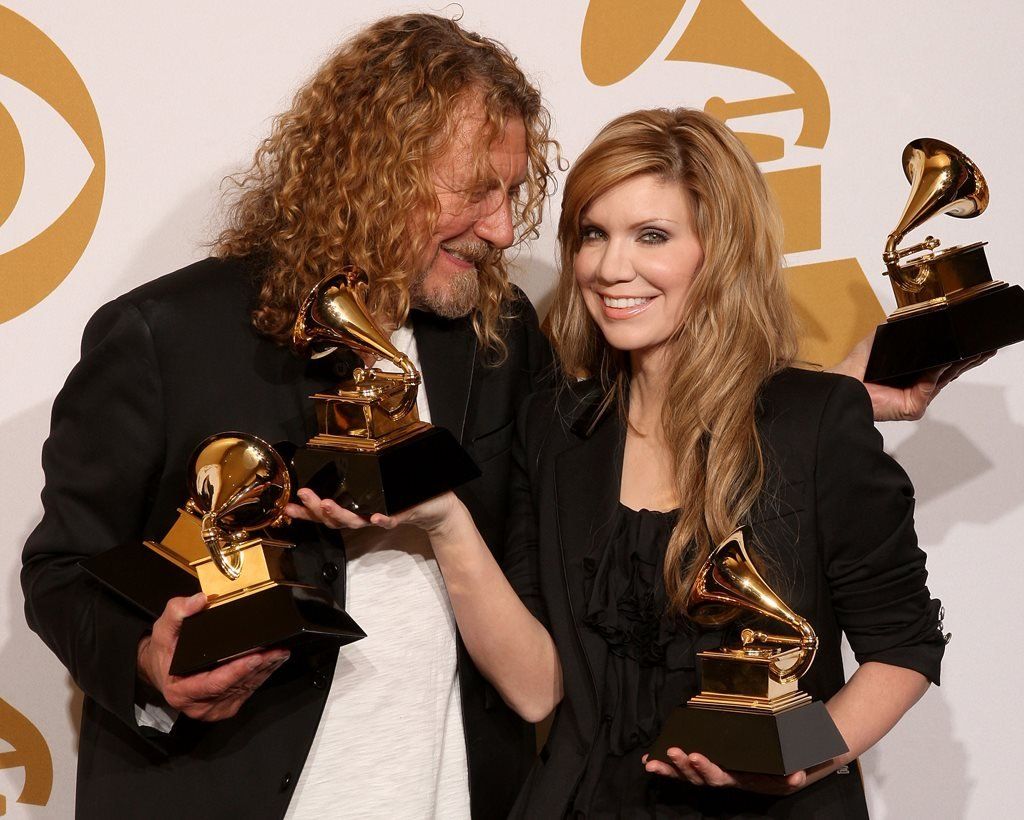 As some of you might recall, the highly admired duo previously released a studio album named ‘Raising Sand‘ on October 23, 2007, and the album was so successful that it won an award for the Album of the Year at the 2008 Americana Music Honors & Awards, a Grammy Award as well as debuting at number two on the Billboard 200.

After achieving such accomplishments, fans thought Robert Plant and Alison Krauss is working on another collaboration when seeing Plant at Nashville International Airport with the guitarist Tony Iommi back in December 2020 on top of previous interviews during which Led Zeppelin vocalist strictly stated that a future collaboration is inevitable and both sides are in touch with each other in order to make it happen.

When Robert Plant shared a picture with the stunning singer on his official Instagram page, fans were divided into two as some people thought it was a declaration of a relationship and some believed it has something to do with an upcoming album, however, nobody was confident with their opinions up until now that the reason is revealed by a fellow musician.

Greg Leisz who a musician who played on the previous album, revealed that Robert Plant and Alison Krauss are working on another studio album during a recent episode of the Everyone Loves Guitar podcast. Furthermore, the musician stated that he even has heard a song named ‘Searching For My Baby’ from the upcoming album which sounds incredibly amazing and will blow their fans’ minds once they hear it.

Here is what Greg Leisz said:

“I actually just recently heard a song from the upcoming record, he’s doing another record with Alison Krauss and I heard a track from it the other day. Incredible. One track from the new album is called ‘Searching For My Baby.’ When you hear that, it’s going to blow your mind. It’s fantastic.”

You can see the interview below.