Is Paul McCartney The Richest Rock Star In The World? What Is Ringo Starr’s Net Worth In 2021?

The best-selling band of all time, The Beatles has been the pioneers in songwriting and recording which made them the leaders of sociocultural movements of the era. Regardless of the tragedies that the band members faced throughout their careers, The Beatles managed to influence many artists and millions of people around the world.

Before becoming the band that holding the record for most singles sold in the U.K., The Beatles was a local group, previously named the Quarrymen, founded in 1957 by John Lennon who later hired Paul McCartney as a rhythm guitarist. Paul’s friend George Harrison, who was 15 years old at the time, later joined the band. The iconic drummer of the band, Ringo Starr joined them in 1962, when they dismissed Pete Best.

After the band released their first hit song, ‘Love Me Do’ in 1962, they released their debut studio album, ‘Please Please Me,’ in 1963. The single and the following album were the very first examples of what The Beatles was about to change in the music industry. Only within a couple of years, The Beatles became the leading force in the British Invasion movement in the United States.

When they released their ninth album, ‘Sgt. Pepper’s Lonely Hearts Club Band,’ which was considered the greatest album of all time, The Beatles’ place in the music industry was more solid than ever. Around the 1970s, they decided to break up following some disagreements among the band members. Some people believed the conflicts among them were caused by Lennon’s wife Yoko Ono, with whom he got married only a year before The Beatles’ disbandment.

Following the breakup, the Beatles members, McCartney and Starr had to face the tragic deaths of their bandmates, Lennon and Harrison. In 1980, John Lennon was shot to death by his fan named Mark Chapman four times in the back at close range. The lead guitarist of the band, George Harrison passed away in 2001 after battling with cancer for a long time. Following the death of their bandmates, Paul and Ringo continued to pursue their solo careers, which helped them to keep their worldwide fame as well as to become one of the wealthiest rock stars in the world.

The co-lead vocalist and the bass player of The Beatles, Paul McCartney has a net worth of $1.2 billion which makes him not only the richest member of the band but also the richest rock star in the world.

Before becoming a billionaire, Paul McCartney was a member of John Lennon’s band called the Quarrymen with which they were playing a mix of rock and roll and blues. Later when they hired George Harrison as the lead guitarist and Ringo Starr as the drummer, the band, renamed The Beatles, started to attract the attention of people all around the world with their hit songs, such as ‘I Want to Hold Your Hand,’ ‘A Day in the Life,’ ‘Let It Be,’ and more.

McCartney shared the title of being the primary songwriter of the Beatles albums with John Lennon. he co-wrote most of the band’s iconic songs and took part in their twelve studio albums. After the band broke up, Paul pursued his own solo career and released his solo album named ‘McCartney,’ which reached number one in the US charts. Since the disbandment of The Beatles, Paul released 18 solo albums along with his five classical albums.

The Beatles icon is known to have at least $100 million worth of real estate around the world, including his 190-acre ranch outside of Tuscon, Arizona, a 1,500-acre estate in East Sussex, and his penthouse in Manhattan, for which he spent around $15 million. McCartney has been earning tens of millions per year from the Beatles royalties and his own music. He also owns a very valuable portfolio of publishing rights thanks to his company MPL Communications. 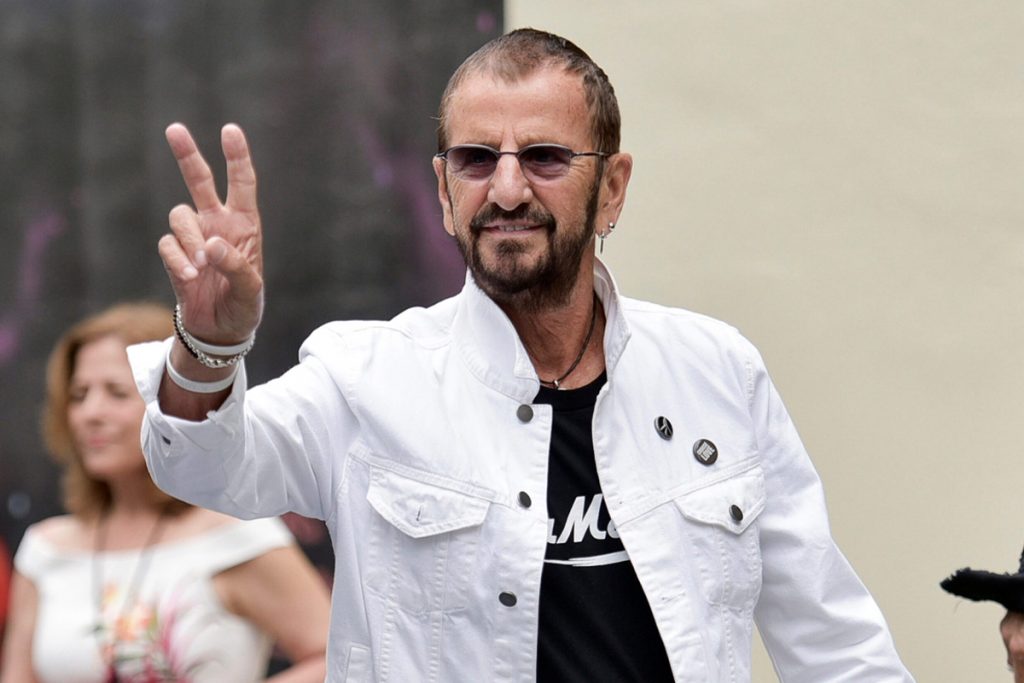 The Beatles drummer and successful solo artist Ringo Starr has a net worth of $350 million which makes him the 13th richest rock star in the world following another iconic drummer Lars Ulrich.

Ringo Starr started his music career by playing with Rory Storm and the Hurricanes until he left in 1962. The same year, he was asked to join The Beatles by John Lennon himself to replace their drummer Pete Best. Even though he received the harsh reaction of the Best fans during his first public appearance with the band, Ringo became an integral part of the band soon later.

Besides playing drums, Starr contributed to many hit songs of the band by singing as the lead, including ‘I Wanna Be Your Man,’ ‘Yellow Submarine,’ and ‘With a Little Help from My Friends.’ When the band decided to break up after a career full of countless achievements, Ringo continued to focus on his solo career similar to his bandmates. He released 20 solo studio albums and collaborated with many iconic musicians. Starr is also one of 21 performers who was inducted to Rock and Roll Hall of Fame more than once, both as a member of The Beatles and as a solo artist.

Known for his catchphrase, ‘peace and love,’ Ringo also owns several real estates in different parts of the world. including his house at Sunninghill in Berkshire which was previously owned by John Lennon. He has other properties in Los Angeles, Monte Carlo, and Cranleigh, England.