Did Adam Lambert Acquire His Insane Fortune After Joining Queen? Here’s Lambert’s Net Worth In 2021

Queen’s award-winning, chart-topping tour member Adam Lambert is one of many singers with such a successful career. After appearing on American Idol, he quickly climbed up the ladder of fame continuously. Especially with his collaboration with the legendary rock band Queen and his endless support efforts for the LGBTQ+ community, Lambert indeed made a name for himself.

Lambert was performing with the Metropolitan Educational Theatre network when he was just nine and was interested in performing arts, vocal coaching, and acting. He then got his first professional job when he was 19 as he performed on a cruise ship, and worked as a session musician and a demo singer from time to time.

In 2009, Lambert auditioned for American Idol‘s eighth season by performing ‘Bohemian Rhapsody’ and ‘Rock With You.’ He had been praised all the time by the audience and judges and even got a standing ovation by Simon Cowell which was a very first reaction for Cowell as a judge during all of the seasons. After he was announced as a runner-up for the season, Cowell stated that Lambert was one of the best and the most original contestants they have ever had.

Apart from his well-known success with American Idol, he has collaborated with Queen as a lead vocalist for Queen + Adam Lambert since 2011 and they went on numerous tours worldwide. In October 2020, they released their first album ‘Live Around The World’ which held the top position on UK Albums Chart.

Lambert can be seen as a universally liked musician as he has sold more than 3 million albums and 5 million singles across the world. As well as being a successful singer, he makes a name for himself as an activist for social justice, also focusing on supporting LGBTQ+ rights. Singer, songwriter, and performer Adam Lambert now has an estimated net worth of $30 million which can be considered as a satisfying amount for his age. As he is no doubt an amazing talent who impressed the tough judges of American Idol and glued millions of viewers to the screens while having a successful career since then with Queen collaboration, it is very much ordinary for him to have that sum of money.

As Queen’s guitarist Brian May said in an interview, his collaboration with Queen makes the band feel like it was on its golden days. He also won several awards and nominations with the help of his multi-octave range, and his distinctive performing style.

He was nominated for a Grammy Award for Best Male Pop Vocal Performance in 2011, and in 2013, was named as an Honorary GLAAD Media Award Recipient. The British newspaper Times also defined him as the first openly gay pop artist to launch a career on a major label in the U.S. Lambert is still pursuing his solo career alongside his collaboration with Queen, and performs in shows as well as taking part in organizations.

Which Contributed To His Fortune The Most: Solo Projects Or Queen Collab? 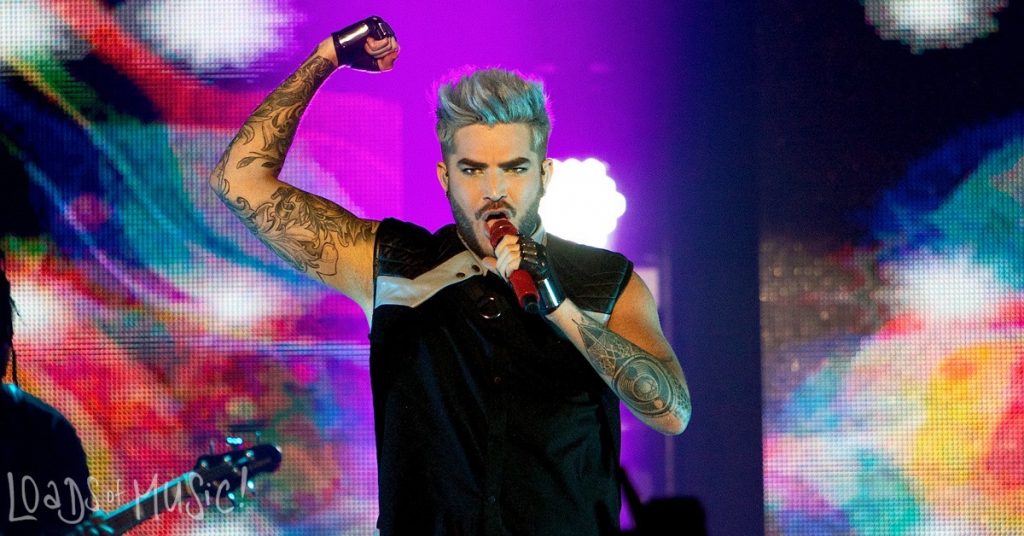 Considering the two different periods of his career, it may be wondered whether Lambert earned his fortune with his Queen collaboration or his solo projects. As is known, he found fame in American Idol. In 2015 when he had a net worth of $20 million, he was named by Forbes as the highest-earning American Idol.

Moreover, the magazine attributed Lambert’s wealth to him being the frontman of Queen. With over 3 million albums and 5 million singles being sold worldwide, he is continuing to pursue a successful career both solo and together with Queen. Comparing the period of time between his solo career and the time after Queen collab, it seems he owes his income mostly to the Queen tours along with his other solo projects.