Pink Floyd is undoubtedly the most prominent psychedelic rock band that attracted attention due to its unique music style and strongly opinionated members. Even though the band is highly praised in the music industry, it has suffered feuds in-house and had to go through difficult times such as lineup changes and lawsuits. The members who formed the band were Syd Barrett, Nick Mason, Roger Waters, Richard Wright, and Bob Klose in 1964. However, every lineup change brought different levels of success during their career.

In 1968, Barrett left the band, and Waters became the primary lyricist of Pink Floyd. This was a year after David Gilmour joined as a guitarist and vocalist. With this lineup and Waters leading the band, they released their most appreciated albums, ‘The Dark Side of the Moon,’ ‘Wish You Were Here,’ ‘Animals,’ and ‘The Wall.’ ‘The Wall’ was released in 1979 and became one of the best albums in the world. However, when asked to name his favorite Pink Floyd song, Gilmour preferred one from his era.

There were tensions between the band members throughout their time together. Waters left Pink Floyd in 1985 and began to deal with legal issues because the band continued to use the name Pink Floyd along with his material. ‘The Wall’ was entirely Roger Waters’s work, and he wanted to claim its rights. This frustrated the remaining members, especially Gilmour, and was apparent when he chose his favorite Pink Floyd song.

In an interview with Billboard in 2006, Gilmour listed the Pink Floyd tracks that especially stood up from the rest of the tracks. He stated that ‘Shine On You Crazy Diamond’ and ‘Wish You Were Here’ were standing out, but ‘High Hopes’ from the 1994 album ‘The Division Bell’ is one of his favorite tracks.

Here is what he said about his favorite tracks:

“‘Shine On You Crazy Diamond’ and ‘Wish You Were Here’ are standout tracks. ‘Comfortably Numb’ is another one. ‘High Hopes’ from ‘The Division Bell’ is one of my favorite all-time Pink Floyd tracks. ‘The Great Gig in the Sky,’ ‘Echoes,’ there’s a lot of them.” 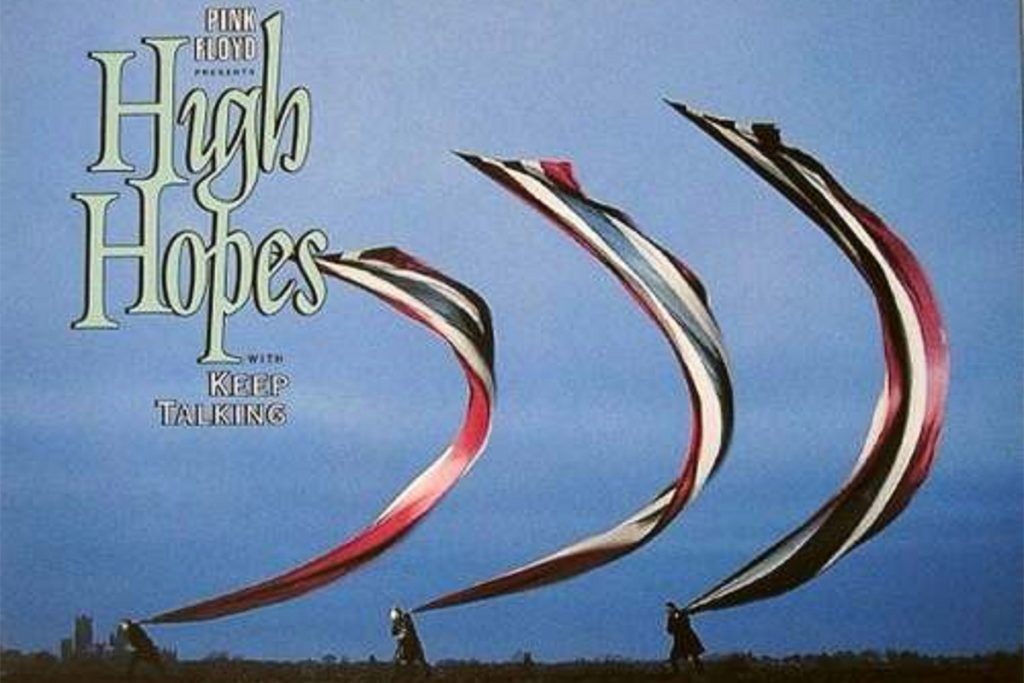 ‘High Hopes,’ from the album ‘The Division Bell,’ was a David Gilmour-led era song. It was the second album without Roger Waters, and Gilmour’s fiancee Polly Samson co-wrote most of the lyrics in the album. ‘High Hopes’ is the final track of the album, and even though it wasn’t regarded as highly as the tracks of ‘The Wall,’ it was still a successful album.

The track is not only important because it closes the album, but also because the album’s title is mentioned in the lyrics of ‘High Hopes’ which smartly ends the album in a full circle. ‘The Division Bell’ received double platinum in 1994 and triple in 1999. After the release, the band went on a US and Europe tour and sold over 5 million tickets.

You can listen to Gilmour’s favorite song below.